Growing Up on the Creek Bridge 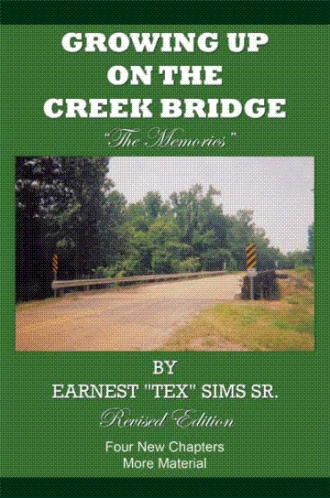 is a small community that set west of the where gray-boarded houses with crimson tin roofs dotted the landscape five miles south of Cloud’s Grocery Store and five miles north of Jones’ Grocery Store to Lookout.

Willie Mac  Sims, called “Tang", was born to Willie and Clara Ammons Sims on August 4, 1920, of the in a little community known as “Lookout”, back when the legendary Wyatt Earp still was alive.

Willie had grown up to be a rather handsome kid, fare-skinned, mild-mannered, almost shy, with a deep dimple splitting his chin and an Indian-shaped nose protruding from his face. In spite his bashfulness, he had a way with the girls of that era. His brothers and others had often teased him of being a “ladies'” man. In his early teens, he had already fathered a child, a lovely little girl named Leatha Mae, called “Loamy”, the first of his loins to bear the Indian-shaped nose.

His garb was always blue jean overalls and some kind of a long-sleeved shirt. He was tall, slim, and sported his soap-waved hair combed to the back, leaving a tall lip of a bonnet-shaped bane in front, a sporting haircut-style of that day. In our day, the styles of wear were the straight-legged pants, the bell-bottoms and the baggies. In his day, it was hip boots sported with the white insides folded black rubber down.

Willie loved the outdoors. He started exploring alone the woods roundabout Lookout and Casscoe at a very young age. He had learned the signs of practically every wild creature in the woods before he actually begun hunting and trapping them at age fifteen as a means of family support.

After he’d ran his traps with modest success, he would skin the hides of his catch, turn the hides inside-out, scrape them of all fatty deposits and then stretch the hides over sharp-pointed boards and hang them onside the house to let dry in the sun. In a few days, he would remove the hides, and then sell them for a profit at the nearest hide house. Some money he kept. The rest he gave to his father, which went toward family support.

Daddy, however, had partially owned an automobile at one time or another, he said. He still was at home with Grandpa Willie and Grandma Clara. He and his brothers had all chopped and picked cotton, pulled coffee beans, picked up stumps on Saturdays and Sundays for fifty-cent a day until they finally saved up enough money to buy an old cheap, rusty, Model-T Ford car.

Daddy was under the steering wheel, Uncle Joe on the passenger side, when they, heading up the lane leading to the house, spotted those young girls standing out on the porch. Suddenly, a feeling to showoff in front of the girls came over him and Daddy pushed the pedal to the metal, stepping on the gas to flaunt in front of the girls his driving.

He rested one arm out the window to drive in style, the other on the steering wheel, and was so into flaunting in front of the girls that he forgot all about he was even in the automobile, much less driving it. Next thing Daddy knew, he and Uncle Joe were upon that porch with Uncle Buckshot, Uncle Sun and those girls—the old Model-T with them. 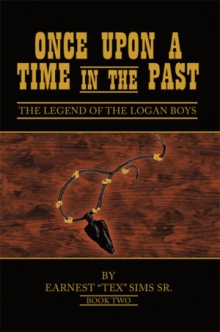 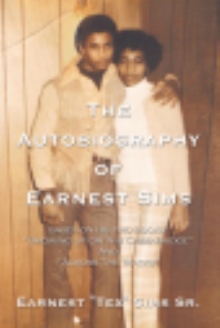 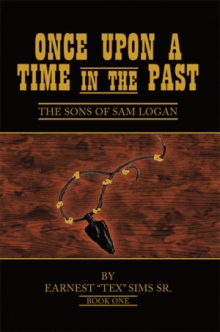 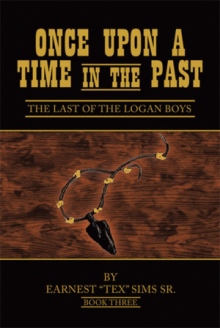 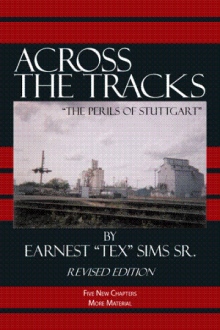 The book, Growing Up On The Creek Bridge, is a true account based on life’s hardship and tragedy during the 1940s, ’50s and '60s. The story revolves around the life of my father, a black man’s struggle with poverty to provide for his family, a wife and eighteen kids, in .

The story is heartwarming, exciting, at times heartbreaking, telling of happy times and sad times, of a man and his faithful hunting dog, the atmosphere of cotton fields, the reflection of a family’s love for one another, and the will to survive in what we now call the “Good Ol’ Days”.

Even when my sisters, brothers, and I were old enough to help by picking and chopping cotton, times still were hard. Our electricity often stayed disconnected for lack of money to pay the bill and we had to fall back on the old coal-oil wick lamp to provide light.

We often stayed home from school for lack of lunch money or decent clothes to wear. And we always, always ran low on provisions or plum out, even with the commodities Uncle Sam supplied every month, and the wild game meat Daddy and his faithful hunting dog, Brownie, brought in from the woods. But, somehow, Daddy had always pulled us through...

I was born Earnest Herman Sims in the Old Mel “Cow” Price house, a little three-roomed, tin-top shack in on , the first of eight boys born from 1948 to 1969, and the oldest brother to ten girls born from 1944 to 1967. Born to Willie Mac Sims and Rosa Lee Sims, my sisters, brothers, and I grew up chopping and picking cotton.

Unfortunately, I never attended college, or graduated high school. At thirteen, after only three days in the seventh grade, I dropped out of to help my father, a sharecropper cotton farmer, support our growing family. Regretfully, I never went back.

I always wanted to write—to be a writer of stories—because printed words had always fascinated me. They still do.

It seemed natural that I write. At twelve years old, I sat down and wrote my very own book, a little short story about Tarzan, just something for my sisters and brothers to read. I was always scribbling words on paper, even if all I done was ball it up and throw it in the wastebasket.

I am 58, single, and currently living in —the Rice and Duck Capital of the World. I am the proud father of eleven children: Earnest Jr., La'Teasa, Tangula, Marcella, , DeWayne, Deon, Deshun, Tanika and . I am the proud grandfather of fifteen grandchildren. And on September 19, 2006, I became a great-grandfather to Anthony Tolliver, first grandchild of Tangula Rena Sims.