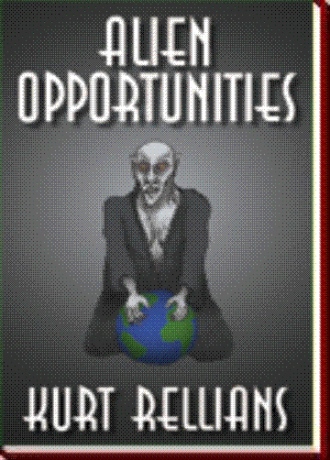 “There’s no need to be unhappy in your work any more,” said Michael, a friend.     “Don’t you read the newspapers? Haven’t you heard about the brain drain, and the labour shortages. Employers are desperate for labour and they’re paying more for it, because they don’t want to lose any more staff, but the drain still goes on.”

“Because we can all afford to move around now. No one is going to push us out of a job unless we don’t work, start pinching things or being rude to customers. So we can move from job to job more easily, without fear of being washed up on the dole queues. You should do the same. I can tell its time. You’re thoroughly sick of that job. Let your hair down. Go for something easier. It doesn’t matter what it is. You can always move on if you don’t like it. You know what I did?”

“I was wondering where you’ve been for the last six months,” said Chris, curious.

“Well you know I’ve always loved history, but wasn’t confident enough to be a school teacher, and not tough enough to deal with those silly school kids. And I wasn’t good enough to teach it at university.”

“Well I replied to an ad for a teaching position with one of the alien schools. You know, where they teach their own kids, and also adult aliens who want to learn. They employ many humans to teach them all sorts of things about Earth culture, including particularly history. So I took it. The classes are small, often very small. I found that the aliens really want to learn, even the kids. The kids are even more mature than our adults I would say, thirsting for knowledge, and particularly our culture. I tell you they’re fascinated by us.

“The alien teachers were great too. Aliens are all very strange. I mean they seem so quiet and polite most of the time. They aren’t as demonstrative, or as selfish as many of us, nor are they as hardworking I think. Their silences we seem to regard as intelligence and maturity, but in fact they actually seem to be slower than us, in many of the things they do or think. I’m sure that’s why they like us so much. We entertain them, they think we’re more passionate. We jump in where they pause and think. They wouldn’t do half the things we do. That’s why they find our history and our literature, and other arts so interesting. They think we’re beautiful, I tell you. They find us sexually attractive too. Some of the other human teachers had developed relationships with alien teachers, one or two with adult students, which isn’t allowed at all in our colleges, but the aliens don’t seem to mind at all, as long as they’re adults. All the human teachers were getting offers from aliens quite often.”

“They are not so attractive though are they, the females, not by our standards,” said Chris, who had never considered them attractive, and had never really contemplated them in that way. “You didn’t did you?”

“Well actually I did try one of them. I used to think of them like you do, and still they’re not as attractive as our young models, but they have their compensations.”

“What are those?” Chris was enthralled by his friend’s admission. He had indeed heard rumours of liaisons with aliens, the news media were full of innuendos, and there were even documentaries on TV and Net. His own sexual failures led him to feel excited by the idea of sex with aliens, just as he had long thought that sex with an

older woman (not too old), or with any woman, would be worth having if he ever got the chance. Maybe an alien woman would be better than nothing.

“They are great lovers, very patient, and they go for a long time, a very long time if that’s what you want. You get used to their looks. They’re really not unattractive when you put all of our stereotypes out of your mind. The skin of mine – well actually I had two lovers – both of them - was quite smooth, more so than ours, and their bodies are quite defined. I’ve never had such great sex. So what do you say, fancy an alien girlfriend. There are plenty to be had. If you get a job working with them, or for them, you’re bound to come in contact with them. You don’t have to do anything. They’ll ask you out. I know you have difficulty with that. It’s why you’re still single. I used to have difficulty with that too. The alien way is an easy way out of that, I’m telling you. Doesn’t have to be permanent, but as a temporary measure it’s a good experience.”

“Well I’m not sure about the alien women,” said Chris, still unwilling to admit that he might be interested, in breaking the taboo against relationships with aliens. There was a strong feeling in him that he must keep up the appearance of human exclusivity, just as, even in these enlightened times, he could not bring himself to suggest that he might ever fantasise about having sex with men. “But are they good employers?” he knew that resident aliens operated many business operations which employed humans.