Growing up in the Canadian Countryside during the Cold War 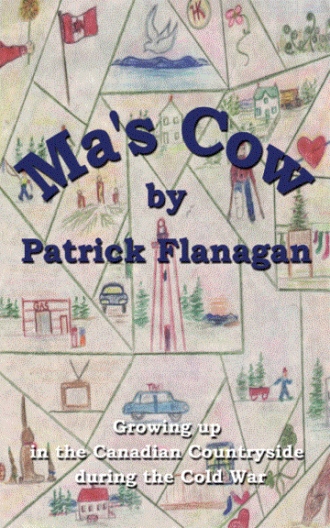 In 1992 I watched the spectacular lift off by the Space Shuttle Discovery from its launch pad at . Aboard the spacecraft were five astronauts including 's second   person into space who is also the first Canadian woman to venture into that vast frontier, Roberta Bondar.

That the voyage lasted more than a week, and concluded with one of the smoothest touchdowns in the 10-year history of the space shuttle program, is no surprise to anyone. In fact such take-offs and landings have become so commonplace that, barring a catastrophe, none of us really pays much attention to them anymore.

There was a time when such a spectacular show was completely unheard of. Just 30 years before, in February 1962, the Americans first orbited the Earth after taking off from the same launch pad, as the Shuttle Discovery would later use. The year before, in April 1961, the had launched the first person in history into space and began the Great Space Race, which culminated with the Americans being the first to land on the moon in July of 1969.

In September of 1962 U.S. President John F. Kennedy said, "The exploration of space will go ahead, whether we join it or not, and it is one of the great adventures of all time and no nation which expects to be the leader of other nations can expect to stay behind in this race for space..."      Mr. Kennedy then went on to tell the American people, and indeed the world, that the would land a man on the moon before the end of that decade.

Such an idea was considered preposterous at the time and most people did not even bother to talk much about it. There were more immediate concerns such as the Cuban Missile Crisis, which was heating up quickly and could lead to an all out nuclear war between the and the .

The main reason for this crisis was the 's desire to locate nuclear missiles on North American soil, namely the island nation of , which had just fought a revolution and was using a communist form of government. The Americans told the Soviets not to set up missiles there, but the Russians refused to listen and dispatched ships laden with these missiles to . The Americans gave them a certain amount of time to turn around or they would retaliate with a   nuclear strike on the .

Even in the small communities of Belledune and the talk at post offices and general stores consisted mostly about what was happening in . There was even a practice general black-out country-wide and people were told via radio and television what to do in the event of an actual nuclear attack.

The churches of all denominations were more filled than usual during this crisis as priests, ministers and rabbis urged their congregations to pray for peace and leadership.

I remember Mom walking around the house almost continually with a Rosary. She never said anything to us kids, but we knew almost instinctively that something important was happening.

We heard on the news that people in many of the more populated centers were actually building home air raid and nuclear fall-out shelters.

Almost at the height of this unparallel

Do you remember the first TV you ever saw, the Space Race, sonic booms, JFK, men on the Moon, the Cuban Missile Crissis, Friendship 7 as well as numerous events and inventions from the 1950's and 60's?

Well, if you answered yes to any of the above, you're going to love reading Ma's Cow. The book is a treasure trove of memories of that happy innocent time known to some as the Cold War and to others as a period of Camelot between World War II and the Oil Crisis of the 1970's.

Whatever name you remember the era as you doubtless have happy memories of a time long gone, but seemingly so recent in our memories.

Ma's Cow has something for everyone.

Patrick (Paddy) Flanagan was born in the small town of Bathurst, New Brunswick, Canada and spent his formative years in the village of Belledune on New Brunswick's scenic north shore.

He attended local schools and dropped out of high school in the early 1970's.  He passed a GED program in 1980 and later took a two year dipoloma course in journalism at the  New Brunswick Community College in Woodstock N.B.  from which he graduated in 1988.

He worked as a journalist in three Canadian provinces then returned to Bathurst where he and his wife Elizabeth  owned and operated a taxi company for a number of years.

Patrick and Elizabeth were divorced in 2000 and he moved to Moncton, New Brunswick where he still lives. He maintains contact with all his family including four children; Roger, Martina, George and Clara Jane.

The stories in Ma's Cow all come from personal memories lived and loved by him and his family.