Down the Lane Tales 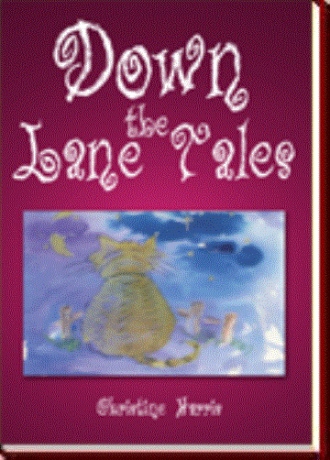 Down the lane there was a pond.

Deep down in the dark and murky water a new tadpole had just been born. Along with his brothers and sisters Todd wriggled and splashed his way through the water weeds.

Splish! Splash! Splosh! Todd was happy swimming around his pond. He spent his days wriggling in and out of the water weeds.

One day, a silver coin fell into the water. As it sank to the bottom of the pond Todd watched it carefully. It twisted and sparkled as it landed right in front of Todd. It was the prettiest thing Todd had ever seen.

‘Perhaps it is a magic coin,’ said Todd.

He closed his eyes and wished very hard.

‘I wish I had legs,’ said Todd, quietly, to the silver coin lying in the sand.

The coin said nothing.

Todd decided to ask it again another day.

In his excitement he almost swam into a net which lay across his path.

A caddis fly grub was hiding in the rocks and he was hungry!

Todd wriggled away quickly out of danger.

‘Hello. Where are you going?’ Todd asked a very busy water spider.

‘I am carrying bubbles of air up into my house made of silk.’

‘Would you like a magic coin?’ asked Todd. ‘I have just seen one fall to the bottom of the pond. It grants wishes you know! You could wish for your house of air to be made, just like that!’

‘No. I’d rather do it the old fashioned way thank you. Anyway, I don’t believe in magic coins and wishes.’

Todd went on his way.

Over the next few days Todd spent his time wriggling in and out of the water weeds.

‘Look out!’ called Snail one warm, peaceful afternoon. ‘We have a very hungry visitor. You must hide!’

‘Another one! Who is it now?’ asked Todd

‘I hope he doesn’t take my magic coin,’ said Todd with a worried look.

‘He won’t want that old coin; he just wants a tasty tadpole for his supper!’

‘I don’t want to be anyone’s supper.’

Todd went on his way, once more, wriggling in and out of the water weeds.

One day Todd was rushing around as usual and not watching where he was going.

‘Oops! Wrong way!’ he muttered as he nearly bumped into a stickleback.

‘Watch where you’re going, kicking all over the place,’ grumbled the fish. ‘You may have two legs but I have a strong tail and lots of spikes so watch it!’

Up Todd wriggled as fast as he could.

‘Oops! Wrong way again!’ grinned Todd as he bumped into two water boatmen floating on the surface of the water.

‘I have legs!’ shouted Todd. ‘My magic coin gave me these legs.’

‘Just be careful!’ they muttered, ‘or those legs will get you into bother!’

Some days later, as Todd swam round in his usual manner, something raced past him with the biggest kick and splash Todd had ever seen.

‘Croak! Croak!’ called ‘the someone’. Within minutes he had gone!

‘Who was that?’ wondered Todd to himself.

The following day Todd swam back to his silver coin lying in the sand.

‘Coin,’ asked Todd. ‘Thank you for my legs; they’re lovely, but yesterday I saw someone with four legs and he was

Reality is not far away in this collection of 6 stories for young children. Each tale captures the magic of childhood and, at the same time, teaches us that anything is possible if we believe in ourselves.

Self-belief, friendships and adventures are constant themes running through this collection where the characters take us into a world where wishes are made and dreams can really come true.

Christine Harris is a primary school teacher who has enjoyed sharing her life with hundreds of young people. With a demanding career and a family of her own to support she has been kept busy for many years. She is now determined to realise a career in children’s stories, writing and illustrating her own work. This is Christine’s first book for young children and she promises it won’t be the last!