Based on the true story of life, the way Chamone Adams lived it. 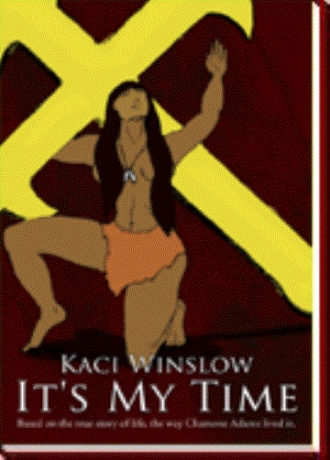 After receiving that letter, I tried to go on like nothing was happening. I got my head on right and continued relieving my stress by smoking. By this time, I would even drink a little when I got a chance. That wasn’t hard either, seeing that my granny stored her bar in the kitchen where I could get it whenever I pleased. I continued in school like normal, and then one day, I went home during lunch to grab some clothes for work. When I got to the house, I left the van running because my friend was in it. I went upstairs to get the outfit and ask my mom for some money.

When I got upstairs, I could sense the smell of alcohol; my mom was laid out in the bed tipsy. I woke her up to ask her for the money, and she started asking about the test, telling me that I lied to her about my grades. I let her know that I didn’t lie, but that I only told her how I felt about the test overall. She immediately began to curse me out, calling me a lying bitch. I told her that she was tripping and that I was going to leave because I had to go back to school. When I went down the stairs, she was on my heels trying to get to the car before me. I jumped in the van, and she opened the passenger door and pulled the keys out before I could switch the gears. I told her that I needed to go back to school and at least drop my friend off, but she didn’t care. She took the keys and went back in the house. My school was only around the corner so I figured we’d just walk back, and I’d call Tim for a ride to work.

As my friend and I began to walk away, my mother started calling me every name in the book. She told me that I wasn’t shit and that I wasn’t ever going to be shit; she called me a bitch and a ho, and just dogged my name to the ground. I had gotten used to getting cursed out, but never to this extent. So I lashed back out at her explaining that I was a direct reflection of her, that she raised me to be whatever I was, and if I wasn’t shit, it was only because she wasn’t shit. When I said that, she came out of the house and was getting in my face. As she came at me, I remembered how she let my brother get out of control and tried to beat him with a cast-iron skillet. So I told her to go on. Her arm drew back as if to hit me. When I saw that, I grabbed her and put her in a headlock to try to get her to stop without hitting her. From that point, things only got worse. She continued to hit me, then we fell to the ground. When we fell, she began to pull my hair and slam my head on the ground. After a couple of times, my friend put her foot under my head to try to stop her without hitting my mom while yelling for my mom to stop and leave me alone. My mom rose up at her and told her, “Go on somewhere, little girl,” then grabbed my neck and started to choke me. I tried to defend myself by biting her, pulling her hair, and I even tried this wrestling move that I knew to flip her off of me. Nothing worked to my advantage. The next thing I remember was my mom swinging at my friend, and a man jumping out of his car telling my mom to get off of me like that. When I was able to get up, I hopped in the man’s car and went to the payphone to call 911. When the police got to me, I was tired and didn’t know what to do, but I knew that if my granny had made it home, my mom would not go to jail. I told the officer what happened, and then my friend gave her input, also. My friend said that when I was being choked that my eyes had rolled to the back of my head and were bloodshot like I was dying. When we drove back around the corner, my mom and granny had made up a false story real fast about what had happened and told the police that I couldn’t stay there anymore. So they asked where they should take me. And they told the officers that they didn’t care and that I could go to daybreak. DAYBREAK!!!!!

Chamone Adams is not just a walking inspiration, but she is a young lady who managed to beat the odds and the weight of the world. Challenged with the realities of life…

Sex…He turned me over and put his face between my legs. For a second, I thought that he was having Thanksgiving dinner. He came up about ten minutes later to take a deep breath before he went for more, but I was ready for the real action.

Love…When I saw Victor, I was happy. I hadn’t seen him in a long time. For the next couple of days, we hung out, then I figured there wasn’t a better time than then to have sex with him. That night, I went to pursue a fantasy that I had held on to since the seventh grade.

War…I heard about five shots, and three of those were our unit’s 50-caliber weapon. When I saw the Iraqis shooting from the buildings, I had to put my gear back on and get ready to rock and roll. Once I got myself together, I did a Rambo combat roll onto the hood of the Humvee and started firing.

…She picked up her cross and took on the world head on.

Kaci Winslow is a twenty-three-year-old female who has not only seen life’s roller coasters, but has also experienced many as well. She invites you to take this ride while she helps people, both young and young at heart, find themselves by allowing them to see their lives in this book as well as in a series of books to come.

Kaci’s goal with this book is to show the challenges of being a girl from the hood who has dreams of seeing the world and to let people know you can conquer this world, regardless of what people say.