The Loyal Friend of Prince Hamlet

The loss of Ophelia had felt like a heavy blow to everyone.  She was so young, so innocent.  My thoughts went back to the various occasions when I had seen her.  I remembered her plea for help when she first spoke to me.  She felt abandoned by Hamlet and hoped I could somehow restore him to his senses and ensure the love she sought from him.  I remembered her rambling talk after the death of her father--and within that talk the curious comment concerning the soul after death:  "They say the owl was a baker's daughter.  Lord, we know what we are but know not what we may be."

Just then I thought I heard her voice once more, wafting past my ears on the cold breeze, saying, "Oh sir, I do not see the flowers.  Where are the flowers?"  Could that have been a real voice?  It sounded more vibrant than anything my fancy could conjure up.  I turned to peer into the shadows, as she said, "Horatio, please tell me if you know.  Will I be a sparrow?"

A sparrow in life, a fallen sparrow in death.  Yes, perhaps she would stretch out her wings again and fly to realms that would treat such a delicate creature with a bit more grace.

That night when I finally retired to bed, my head was filled with thoughts of death, and I knew that sleep would not come easily.  Over and over my mind returned to the image of the fair maiden whose life was snuffed out before she had fully blossomed, the lady she had been and the lady she might have become if she had lived to assume her rightful place in the world.  When I finally slipped away from the waking realm, it was not Ophelia who haunted my dreams.  I saw once more the skull of Yorick resting on the ground, with its cranial roof dented by a blow that fell many years ago.

Now the skull began to rise, to gently float up into the air as it acquired folds of flesh.  And I could see the jowls, the twinkling eyes, and the wide grin.  Atop the head was a cap with tassels that jiggled and bounced.  Surely the jester had come to life.  He hopped and cavorted about in such a way that I could not help laughing.  Was I laughing?  Everybody was laughing, for we were in the court amidst a merry crowd of people, all enjoying the antics of this imp, a man who seemed at once part goat, part rooster, part jack-in-the-box.  Then suddenly he was a beast of burden with a child riding on his back, and this child was surely a young Hamlet, Hamlet at five or six, Hamlet having the time of his life.  And then I was Hamlet, riding the back of the jester, or was I five-year-old Horatio?  We were one, Hamlet-Horatio, all eyes turned to watch me/us as I/we galloped about the court.

I was breathless, and the figures in the court began to fade.  It grew darker as the jester loped off to seek some needed rest.  I saw him walk beside a great wall and seat himself on the ground to rest against its base.  A stone was falling.  I tried to cry out, to warn him, but no sound came from my mouth.  I looked up and thought I saw a figure up there.  Whose face was there?  A face somehow familiar and yet unknown.  Alas, Yorick was dead.  His mirth had been slain, and his eyes no longer twinkled.  Yet I saw him float before me, his face robbed of all merriment and now cast in sorrow.  He floated away but returned with sorrow transformed to terror, as he spoke to me:  "Horatio, beware!  He comes again.  Beware of the man who brings the sword and cup." 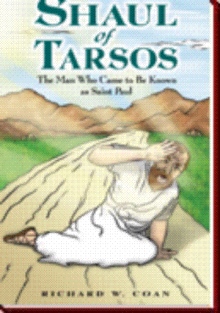 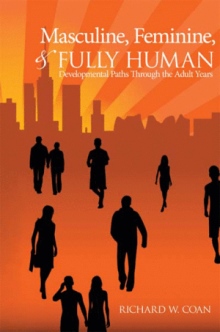 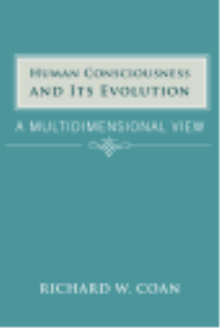 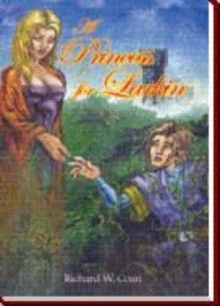 In Shakespeare’s Hamlet, Horatio is a trusted friend who serves as a sounding board for the prince. But who is Horatio? How did he meet the prince? How does he view the people and events in the royal household? And what does he seek for himself in life?

The events in Shakespeare’s play take on fresh meaning when seen from the perspective of characters other than the prince himself. In this novel, Horatio has a life of his own. We see him as a sensitive, scholarly man who dreams, falls in love, struggles with fear, and pursues his own course of action. What he sees and does affects life in the castle, but he knows that his own destiny lies elsewhere.

The son of a Danish cloth merchant, he has grown up in . He goes to the to pursue his interest in philosophy. Some stormy exchanges leave him disenchanted, and he moves to the , where he develops a friendship with Hamlet and Marcellus. Learning of the death of his father, Hamlet returns to . Knowing he must also return soon, Marcellus urges Horatio to come with him.

Sharing quarters in the city with two royal guards, Horatio spends much time at the castle. A young lady catches his eye, and a passionate romance begins to flourish. But he also has a succession of encounters with a shrewd and devious courtier, whom he suspects of seeking to manipulate events in the royal household. Ultimately faced with dire events he cannot control, he looks forward to a better life far from the castle.

Richard W. Coan is a Professor Emeritus of Psychology and resides in .

As a child he began composing music and writing stories and poems. Though drawn to the arts, he was also intrigued by the puzzles of human consciousness, the sense of personal identity, and the varied idiosyncrasies of the people he knew. His search for understanding led to a career in psychology. At both the and the , he pursued graduate studies leading to a doctorate in clinical psychology in 1955.

As a professor at the he specialized in personality theory and measurement. His published articles and books cover such topics as the evolution of consciousness, the optimal personality, masculinity/femininity, child personality, patterns of orientation among psychologists, and trends in psychological theory. His interests include Jungian theory, the psychology of religion, Eastern thought, and archetypal symbolism in myths, tales, and dreams.

As a psychologist, he came to appreciate both the value and the limitations of scientific theory and research as tools for understanding. He recognized that poets and novelists can often highlight questions and puzzles of human existence that psychology as a discipline avoids dealing with directly. At times poetry and fiction provide deep insights that complement and augment those offered by psychological research.

Throughout his academic career and in retirement, he has continued writing poetry and composing music. In recent years he has written three novels:

(1) A Princess for Larkin

(2) Shaul of Tarsos: The Man Who Came to be Known as