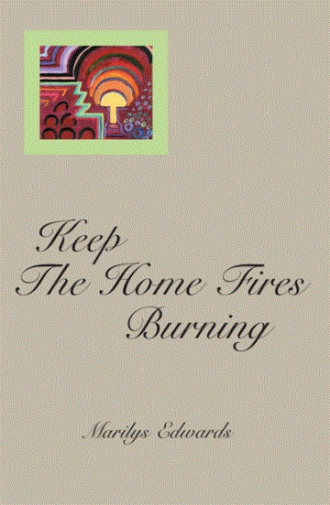 I sidle out of my position and over the shallow side of the hollow.  Blimey.  I am running like hell down the hillside, crash-down under the bank of the small stream, up the other side as a bullet crashes into the mud alongside my scrabbling arm but I’m out and over, into the farm-yard and yanking a couple of ammo-boxes off the limbers.  Have you ever seen them?  Ammo-boxes!  Well they’re green and bloody heavy.

I get back over the ditch, shoving, cursing and heaving with the things held to my chest – had to … if they hit the ground how the hell would I pick them up again?  Then start back up the hill, ducking my tin hat down over my balls for Jerry has got my measure.  Got the drop on me.  The bullets are pinging like hailstones all round, jumping and whining.  The first time: the only time, I’ve been frightened.  I don’t waste my energy cursing.  I pray somehow.  I am THERE.  Throw myself over the side, boxes and all.  J.W. makes a grab for the ammunition under my struggling carcass.  The R.S.M. shoves over, J.W. hands him a belt, he feeds it in ready for use.  No. 3 has J.W.’s water bag and lies now to my right.  J.W. lets out a small whimper.  The R.S.M. consults his watch.  “14.30 hours” he states.  Jerry is ranged all round the rim of this crater.  I depress my thumbs and take the lot.  Rat, tat, tat, tat, tat, tat, tat.  Ratta-tat, tat, tat, tat, tat, tat.

KEEP THE HOME FIRES BURNING is an attempt to describe life as it was in Radnorshire from the beginning of the 20th. Century until after the Great War and the effect the local atmosphere nourished in Tom, the chief protagonist, on whom the book is based.

The title of the work is owed to Ivor Novello who would spend family holidays with Tom’s parents when he was a child and whose own mother had graciously played the organ for Tom’s parents’ wedding-ceremony. In the book, Ivor’s song becomes all the more poignant as Tom, who has volunteered under-age for active service in the army, is marching through en route for the trenches and the horrors yet to come.

Miraculously (for not many young men survived as machine-gunners) he is brought safely through, abeit scarred and with a couple of enemy gunshot wounds to his leg but this is not the end of the story. As was so often the case when boys had been exposed to events too raw for prolonged discussion at home, once returned, Tom, unable to settle back beneath a semi-puritanical façade, finds he has become the actual outcast that unconsciously he must have always suspected himself to be: Ishmael.

We leave him standing on the dock at Liverpool in early 1920 as a Remittance-Man to .

(So far) 43 poems published in various magazines, a newspaper (London Welsh) and 3 anthologies ( People Within, Cheltenham Poets and In The Company Of Poets.)

At present working on an esoteric literary work entitled Reality/Unreality also towards a collection of published and unpublished poems and short stories.