A Love Affair With Cancer 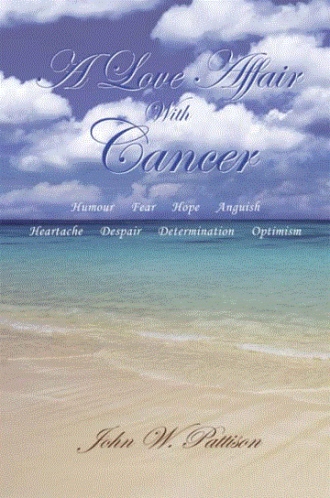 I had already endured many months of the unrelenting ravages of chemotherapy and now I’m told that the cancer is progressing despite all of that ferocious treatment that had gone before. During chemotherapy, I had struggled both mentally and physically to deal with the persistent barrage of side effects and my inability to accept the uncertainty that is a cancer diagnosis and so, the time had come to accept the consequences of a body gripped by cancer and which was unwilling to release its deathly hold. My decision? To accept no further treatment, whatever the outcome may be and at that moment in time, I knew what that outcome would be, yet that was my decision and strangely I was relieved at having mustered the courage to make that choice.

It wasn’t just the physical destruction caused by a malignancy that I objected to, it was the fact that it was eating into my very soul, sowing seeds of doubt within my mind, interfering with every element of my very existence. Slowly but surely, it was leaving a permanent and unseen reminder, a hidden scar and a legacy, which if I were fortunate enough to survive, would last forever.

So, the confrontation between me, an immature and terrified teenager and a young, and perhaps out of his depth Staff Nurse (Sid) proved a pivotal moment of decisive change and a defining instance in my life, a moment that was destined to happen, a consequence of fate. And so, when as a young and angry, confused and obstinate cancer patient, I set my mind to something then it would be a brave nurse who attempted to interject and change that decision, no matter how well intentioned those actions were.

However, with compassion, empathy and a dogged determination not to stand back and watch me throw my life away, Sid did exactly that, interjected. During what seemed an eternity, Sid told me what I already knew, “without treatment I would die”, then he listened to my counterargument and I again listened to him. His support and persuasion worked, and he reversed my decision not to have more treatment, his fervent optimism was admirable and yet he did not glory in his success.

Had he not been there, the story would have ended here………………….… However, he was and it turned out to be just the start of a lifelong cancer journey that would take me through many new and unknown dimensions in my life, as it would turn out my association with cancer would be a lifelong relationship. Today, thirty years later it continues to be a significant component in my life, without doubt, ‘A Love Affair with Cancer’.

For anyone, a cancer diagnosis elicits fear and an explosion of emotion; John W.Pattison presents a unique and fascinating insight into the trials and tribulations of a cancer patient and the permanent psychological legacy they must accept. A love affair with cancer is a scintillating exploration of the mind of a young, immature adolescent who is gripped by the deathly hold of cancer and its mind numbing consequences.

•        A true, yet poignant and tearful story, but also funny and inspirational.

Everyone needs inspiration in life and John was no different. Throughout his journey, his was music and a band called Hawkwind and who remained a constant driving force during his troubled cancer journey.

On more than one occasion, he was forced to confront his own mortality, yet he made something of an unexpected recovery, but only eight years after that recovery he is devastated by the news that all parents fear, his daughter has terminal leukaemia, leaving him once again to walk the long lonely road of emotional turbulence. However, despite the opinion of the medical experts, Donna goes into a spontaneous remission to become an international swimmer.

•        A unique chronicle, unlike any other cancer story ever told.

Cancer took hold of his life and manipulated it into what he has become today, a clinical nurse specialist in haematology caring for other individuals with the same cancers that he and Donna had suffered many years earlier, it truly is, a love affair with cancer.

•        A story of heart-warming exuberance that will stimulate every emotion.

John was born in South Shields, a small seaside town on the Northe East coast of . By his own admission, he wasted his school years preferring practical jokes and rock music, not just any rock music, his was a band called Hawkwind. He left school with a handful of meagre qualifications and started work in a local Shipyard until cancer took hold of his frail and immature innocence. His story is unique, rich in emotion, passion and humour despite having to confront his own mortality on more than one ocassion. Today, he is happily married to June and remains an ardent Hawkwind fan, travelling the length and breadth of the country to see them perform, he even walked down the aisle to their ambient sound in 2004.