Legendary Trials of the 20th Century 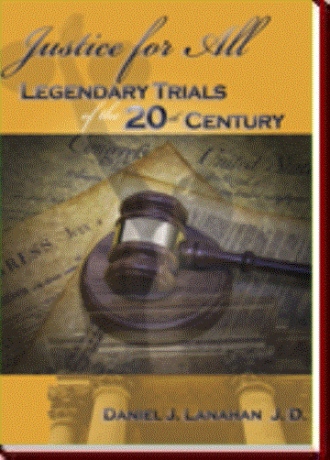 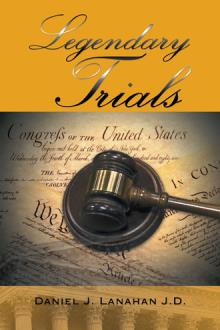 In an effort to show history really does repeat itself and highlight great issues of our times, this book captures the essence of certain trials that took place in the history of the United States and reminds us that many issues of old are still with us, yet unresolved and subject to great continuing public interest.

The author argues public perceptions of guilt or innocence are often wrong and actually could have effected the results of famous trials.  Celebrity murders, governmental manipulation, death penalty and civil rights issues provide some of the backdrop for discussions.

The guilt of famous accused ax murderess, Lizzi Borden, a white, church-going maiden from England is compared with the terrorists Sacco and Vanzetti.  Murder of a child by other youths, Leopold and Loeb, creates a forum to discuss the death penalty as argued by famous trial lawyer Clarence Darrow.  The death penalty as applied to minors was only recently decided by the U.S. Supreme Court.  The Civil Rights Movement developing from the Scottsboro Boys trial and World War II is analyzed.  Military commissions and tribunals, the treatment of Prisoners of War and enemy combatants are issues that arise out of the Nuremburg trial.  Social and religious debates are dealt with in the Scopes Monkey trial, the right of choice developed in Roe v. Wade and the special college admission case of Bakke v. Regents of the University of California.  Finally, the impeachments and trials of Clinton and Johnson are compared.

This review of the last 100 years in the Courts wherein major issues, many still with us, is enlightening and thought provoking.

Daniel J. Lanahan was born in at the beginning of World War II.  After three years active duty in the U.S. Army and college, he worked as an insurance claims investigator and manager while attending law school.

During his 35 years in the practice of law, he has often pursued other interests.  His entire legal career encompassed two law firms, one for 26 years and the firm he founded, Lanahan & Reilley LLP, in 1997.

He also worked as a police officer, including stints as a patrolman, detective and legal officer for a area police department.  He taught the laws of search and seizure, arrests and the use of firearms at a police academy.  His published book on those subjects was utilized by law enforcement.  In the 1980’s and 1990’s he handled mass civil litigation in many states, was a board member and President of Concern , an international aid organization,  and relocated his law practice from to .

During the 1990’s, Mr. Lanahan nationally coordinated the L-Tryptophan liability litigation nationwide, resulting in the Japanese manufacturer indemnifying his 158 U.S. food supplement and vitamin industry clients for an amount in excess of $3 billion.

After starting his present law firm, the largest in the and area of , he served on many non-profit and for profit boards of directors including the North Bay Council, California Rural Broadcasting Corporation and the St. Joseph Health System of Sonoma County, all of which he also chaired.

Mr. Lanahan teaches a course on Legendary Trials at , and .  This work is a product of that course.