A Political Theory based on the Evolutionary Theory 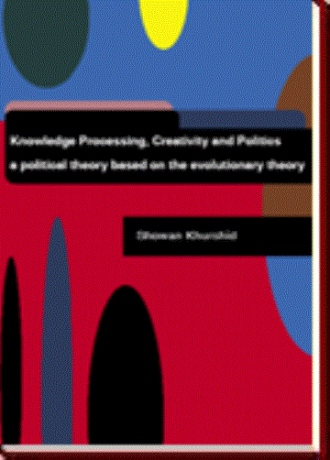 Obviously, an absolute certainty may be impossible and claims of knowledge might remain contestable. However, it is exactly this contestability of claims of knowledge that makes science and liberal democracy absolutely necessary if humans are to achieve peace and prosperity. What these institutions offer is the capability for continuous reexaminations and an unending train of tentative arbitrations. Foucault did not accord either science or liberal democracy any distinctive significance. Perhaps, he did not appreciate the evolutionary significance of these institutions. However, I do not want to suggest that postmodernism is totally insignificant. There are plenty of critiques of the basic assumptions of liberal democracy, levelled by postmodernists and others. However, on the basis of the thought experiment that I will be running below in this chapter and also on the basis of the discussion in Chapter Seven and even in Five and Six, I will be able to suggest that it is the actual or current liberal democracies and their theoretical conceptions which are vulnerable to the critique of postmodernism. Liberal democracy can be conceived as an institutional response to the need for arbitration between moral ideas and this can be quite immune to the critique of postmodernists.

The second premise of my thesis is that if knowledge could effect power we should, under certain circumstances, namely being a human organism, expect conditions of competition through claims of knowledge to emerge and with it the emergence of different forms of response to competition. It does not take a great effort to realise that competition through claims of knowledge is all-prevalent. It is not only the formal ‘who is saying what’ that occupies the literary, scientific and political world with endless controversies, but also the informal talk that people are engaged in.[i] The responses to claims of knowledge take many forms. Among these forms of competition or responses to competition are suspicion, discrediting the claim or even the claimants, making counterclaims, challenging to prove the point, trying to prevent the making of the claim, denying the means to make the claim, or trying to involve other people in giving opinions or to arbitrate.

How is it possible to have political order and peace at all? This is the key question we should consider.

This book, on the bases of biology, psychology and human experience, argues that our salient characteristic is creativity – the capacity to acquire, transmit and apply knowledge. Creativity is a precondition for morality, the best morality, therefore, is what facilitates creativity best. Agreement on morality is what resolves conflicts of interest and leads to the formation of political power and, thus, order. But how is agreement possible? Liberal democracy and ideologies, including religions, evolved to deal with moral disagreement. However, they evolve, develop and operate differently, consequently they shape the world and political history differently. Read on to see how.

For Showan, originally from , Kurdistan/Iraq, a Swedish national and residing in , politics has meant more than just something that caused him and his people pain and challenge to test their limits. It also meant a fascinating area where biology, psychology, social circumstances and history needed to make sense. This fascination meant that he was prepared to spend as long as it took to come up with something that is satisfactory to him. It took 23 years. He spent 8 years of this time in academia in , which was made possible by a Swedish loan,(for which he is grateful). During these years he also got himself two beautiful daughters.