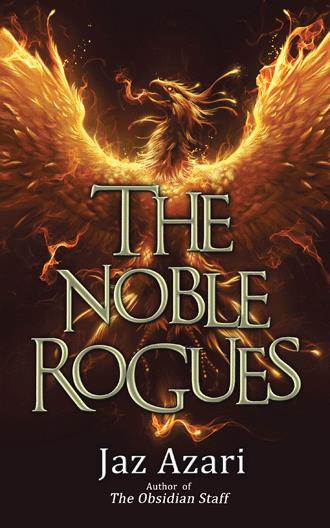 As Finn fought to regain his breath, he pushed back his sweat-matted hair, listening for his pursuers. The woods waited eerily along with him. He heard rustling, creaking, a voice calling out softly, “Hobbs, search the other side; he could be anywhere.” Finn crouched down lower. The noises reverberated through the forest, growing steadily louder. He peered out behind him.  In the distance, he could see their forms around him now, combing the forest carefully. He felt suddenly emboldened by their presence. They may be trained in the sword, but he was smaller than they were and could move through the forest unnoticed. He picked up a branch near his feet and waited.

The man closest to him passed by slowly, turning his head to both sides. Once he had gone a significant distance, Finn crept out from behind the boulder and weaved through the forest in the opposite direction. He looked over his shoulder to see where the man was. And walked into something solid.

“Look what we have here,” the man hissed, grabbing Finn’s tunic with a bony hand.

Without pausing to think, Finn thrust the branch with both hands into the man. There was an “Oomph,” the hand loosened, and he tore himself away from the man and began to run. The man doubled over, calling out in a wheezy voice, “Blast you, boy! Regent, one of them’s here!”

Gasping, Finn ducked under the vines. Another man, stout but solid, lunged for him with his weapon drawn. Finn hopped lithely to the side, bringing the branch down on the man’s sword arm. Swearing fiercely, he dropped his weapon and stepped forward. Finn raised the branch defensively. His arms were suddenly arrested by someone from behind. The other man, snarling, used his uninjured hand to remove a cloth from his belt pouch. He forced it over the boy’s nose and mouth. Struggling to break free, Finn snapped his head away from the cloth. Its acrid smell made him feel lightheaded. Suddenly his mind was clouded and sleepy. His arms went limp, and he slumped in the grip of his attacker.

The first man came crashing through the woods a moment later, looking vengeful. His eyes passed over the unconscious figure.

“So you have him then,” he spat derisively.

“Yes, we do,” the man holding Finn replied calmly.

“Boy used a branch on us, alroight,” the other man spoke, holding his injured arm with an equally malignant look.

The last man raised a brow sharply. “You had a sword, did you not?”

The other man looked uncomfortable. His companion shook his head in disgust.

“Never mind. Find Drynlith and tell him to return to Zolerin with the rest of the men. Then find Rusan and meet us in the tunnel; we’ll find the other two boys after we question this one. Gules, bring him.”

The first man glared at Finn as he hoisted him carelessly over his shoulder. As the stouter man stomped away, Finn’s captors disappeared through the trees.

For the past ten years, the respected Lord Greencrest has relentlessly pursued the Phoenix throughout the land of Korian. The warlord’s quest to capture the infamous rogue wanted for thievery and murder has grown so legendary that every town in Korian has rallied to his cause.

But in the village of Calcaerwey, Finn Rhedwyng is wary. He suspects there is more to the story than of the warlord’s heroism and the villain’s treachery. Even as he attempts to balance the demands of his lessons at school, an apprenticeship with the local saddler, and life with a domineering father and fretful mother, Finn is caught up in a mystery that takes him beyond the borders of Calcaerwey.

Together with his younger sister, Calli, and his best friend, Will, he is willing to face whatever dangers may lie ahead to discover the truth—because the survival of his village depends on it.

The author consists of one cup of Calli’s stubbornness; two heaping tablespoons of Will’s wanderlust; one and a half teaspoons of Gabe’s academic penchant; a dash of Cristo and Fritz’s mischief; and one handful each of Finn’s boldness, curiosity, and perseverance in the face of his shortcomings. Please add a pinch of Quil’s patience, and Jey and Kyreno’s wisdom, to taste.