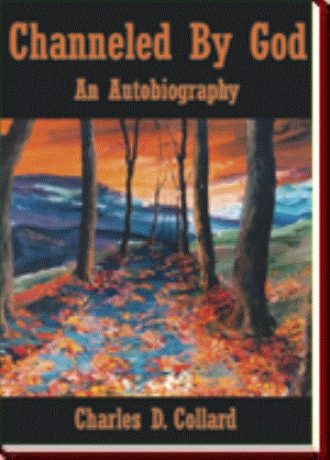 The entire trip had taken roughly 2 months.  I had learned so much, had many adventures, and even though many people referenced me to the book, “Zen and the Art of Motorcycle Maintenance,” (a book I would finally read many years later), I was pretty much going my own way.  I had had mystical experiences (so I thought), found a home with my spiritual peers, and now had a tool bag very full for my work.  I would now be able to handle any and all human behavior scenarios, work with people on all levels of the psyche, and I would be able to spread the message of this dynamic and comprehensive approach to life.  How naive I was.

While I paid lip service to including God, and believed in my heart that I was serving Him and His children, as I look back on it now, I was still doing it by myself.  And that’s the trap.  Great intentions, a good heart, effort beyond measure, and the best possible use of mental ability, all add up to little as long as I’m still running the show.  I just didn’t know that at the time.  So I blasted along, trying to rationalize my destructive way of living (alcohol, drugs, promiscuity), and I was able to pull it off.  It would catch up with me, but I didn’t have a clue.  Oh yes, there were signs.  I’d had a couple of drinking experiences when I’d gotten drunk without intending to in very unlikely circumstances, and I used to get a dim nagging feeling when I’d write in my journal after smoking marijuana.  But I could quickly dismiss them by refocusing on what I was truly striving for, and then could back that up with diligent effort at work and human service.

What I see now is that good intentions, good works, plans, actions, solving problems, making a helpful gesture, and all of it that’s on the positive side, will not bear fruit nor have a lasting effect without the blessing of the Holy Spirit.  However, I also see how God can take these good intentions and works, even when He’s been left out, and turn them into positive stepping stones.  It’s all leading to including Him all of the time as He’s made it very clear that is what He wishes.  A good metaphor regarding this came to me recently in an AA meeting.

It goes something like this.  What if there was a situation that I totally created, and that couldn’t exist without me.  I created the people involved, the format, the conditions, the physical structure, and every aspect of the situation.  It was going on, pleasantly or not, and I walked in and sat down; and everyone ignored me.  I think I would feel hurt, sad, and angry.  I would wonder deeply why I was not being acknowledged or included.  What my reaction would be as this present human being is to perhaps lash out, maybe ask why, walk out dejectedly, or perhaps clearly request inclusion.  That’s me as a human being.  What God does I can’t say.  I’m not Him.

But what I do know is that He wishes to be included.  It even makes logical sense.  Why wouldn’t He?  He made the whole thing.  He has a very vested interest.  It’s His baby.  And it won’t continue without His energy, or whatever it is He infuses to keep life going.  So He simply asks if it wouldn’t be too much to at least include Him in the goings-on.  So that’s what I’d like to do; include Him in everything, from something important to something menial, from eating to sleeping, from talking to listening, from working to playing, and on and on. However, it must always be done with reverence.  And if I’m misbehaving a little, probably better to leave Him out and discuss it with Him later.  At least that’s my best thinking to date.

This is a book about the grace of God and His singular purpose for everyone’s life.  Using his life as an example, the author signals how we are born into certain families, have certain unique talents, have various life experiences, learn important life lessons, get off track and have to be bounced around a bit, and perhaps have to hit a horrible bottom before we surrender to this ordained purpose from our Creator.

The book is colorful, fast moving, and covers a multitude of areas including alcoholism, the 12 step program, psychology and the field of mental health, theology, New Age journeys, custody battles, male-female relations, many travel and adventure experiences, and various other topics as sampled by the author.  Mostly, the book is about the futility of our personal resources in serving our God ordained purpose without a surrender to this power greater than ourselves and the grace that follows.

The author is a psychotherapist and mental health clinician by profession and was educated at , the , The Synthesis Graduate School for the Study of Man, and various other places.  None of this helped him to live life on life’s terms.  He describes himself as an “educated fool.”

Now in semi-retirement, he chronicles his life journey from the very beginning to the present, showing how all his education, will power, personal resources, and various talents did him little good until God brought him to his knees and a surrender took place through a combination of predestination and free will.

In the final analysis, he was rescued from the disease of alcoholism and has many years of sobriety thanks to the 12 step program of Alcoholics Anonymous and the grace of God.  He continues to live this spiritual program to the best of his ability, one day at a time.  As one old timer in AA said, “Chuck is living proof that even an intellectual can get this program.”

Mostly, Chuck hopes his story will encourage readers to view their own lives, with its twists and turns and seeming coincidences and contradictions (both good and bad), from a higher and more purposeful perspective.