Voices From The Wall

Anthology of Short Stories From The Vietnam War 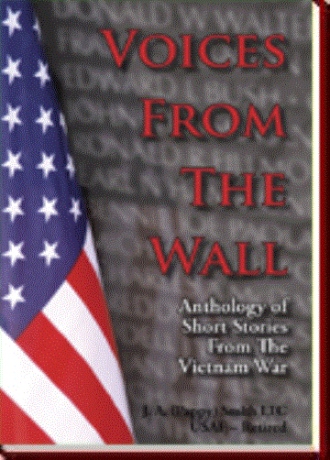 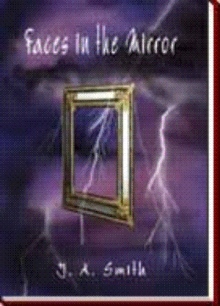 Each soldier who chooses to join his brothers in arms to defend this country’s freedom knows that at sometime he will have to enter the valley of the shadow of death. As you pass through this valley brought on by human conflict, some become lost in the fog of war, while others, through some unexplained reason, by some miracle, survive.

There have been stories told and retold by other veterans about unexplained events such as ghosts, whispered voices, lucky charms, guardian angels, and divine intervention that moved these soldiers safely through the valley.

In the unwritten history of military conflict there have been literally hundreds of strange events, bizarre happenings in , and ; that, for many veterans, still remain unexplained.

Every veteran who has survived this journey, who still mourns for his lost friends and loved ones tries to find the answer to one burning question, why.  Why was he spared?  Did the creator have some unfulfilled task for him to complete, or, is it mere chance, a stroke of luck that spared his life?

Seeking the answer to this nagging question, an old veteran, in the twilight of his life goes to the Vietnam Memorial Wall, randomly puts his hand on a familiar name, and recalls a long forgotten memory.

This book is a collection of stories not only about the strange events and happenings during combat; it is also about the human kindness, love and the drama that somehow prevails during the trauma of war. These stories although fictionalized were inspired by a true premise.

Entered the USAF and became a Command Fighter Pilot. Retired as a Lieutenant Colonel. Completed three tours in Southeast Asia.

In 1965 to 1966 was assigned as a Forward Air Controller to the 2nd/16th Ranger Battalion, 1st Infantry Division. As a Ranger Snake FAC was assigned to various units including Bear Cat Special Forces, 101st Airborne, 173rd Airborne, 7th ARVN regiment as well as CICV (Combined Intelligence Center Vietnam). This included covert operations in 3rd and 4th Corps tactical areas of operations.

In 1975 was assigned to Headquarters 13th Air Force at Clark Air Base. Near the end of the Vietnam War worked with CINCPAC as a member of the 13th Air Force planning staff that developed OPLAN Frequent Wind, and Eagle Pull. These operations resulted in the successful evacuation of American diplomatic personnel from Phnom Penh Cambodia and Saigon Vietnam.

As a system design engineer and consultant for various aerospace companies spent 9½ years as a special advisor to the Royal Saudi Air Force. During the Iraq/Iran War was special advisor to RSAF at Dhahran for air defense of the Arabian oil fields.

In the post Desert Storm era, was special advisor to the RSAF General Staff at the Command Operations Center (COC) in Riyadh Saudi Arabia.

Mr. Smith has developed and written numerous technical publications for these aerospace companies.

For the past eight years he was an adjunct writer and researcher for MDR Productions Hollywood California.