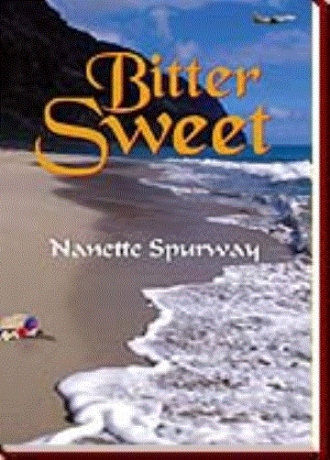 Debbie dropped her head and shook it in desperation. “Do I have to remind you that he is a happily married man with kids? Now let’s talk straight – okay? If he does have an affair with you, which he won’t, what will happen? Firstly you’ll want to see more and more of him, right?”

“I suppose so, that’s natural.”

“Secondly, you won’t see him nights and weekends because he’ll be with his family. That means two things – you’ll stay at home a-n-d you’ll be miserably jealous. Am I right so far?” Alyson nodded her head. “Then think of the outcome.  He won’t leave his wife for you and you land up an old maid.  Really Alyson, is that what you expect of life?”

piece of my mind.  What on earth were they looking for?”

“I’m coming to that.” Linda took a deep breath and went on. ”Alyson, I don’t know how to tell you this” she paused, “they were looking for drugs, specifically crack and cocaine.”

“What?  Are they crazy?  Why me for goodness sake?” Alyson could not believe it. This was certainly a bad dream.

3.      The following evening Don fetched her at the security gate. She had changed from her office wear into jeans and a soft muslin blouse. As she climbed into his car she could feel and almost hear her heart pounding under her blouse.  Don parked the car at the side

5.      “And who the hell is going to believe me?  I was drugged. Who’s to say I didn’t take them myself?  The police found cocaine in my handbag, sewn into the lining.  It was concealed suspiciously behind a panel in the Chill Room, where Freddie found me and…”

6.      “Shit! The bastard’s back.  He means business.  Girls we’re going to be doing some hectic driving so fasten your seat belts.”  Freddie accelerated.  The other car accelerated. Freddie pulled back and the other car pulled back all the time keeping pace with him.  “Everybody down he’s got a GUN!” Again Freddie gave the car all it had to get past him but there was a loud bang and then another and another. Freddie could feel the car going out of control.  He hung onto the steering wheel trying to steady it but within seconds the car mounted the bank on the side of the road, turned over, screeched metal to tar and came to a stop landing on its side. 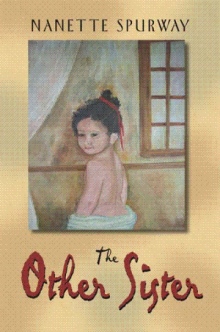 The Other Sister
Nanette Spurway
$17.49

Alyson is a beautiful naieve young woman who inadvertently gets caught up is a drug smuggling ring.  She is setup as the decoy by her employer with whom she thinks she is in love. She gets shot and spends time in hospital while her girlfriend Debbie with whom she works also finds herself entangled in the same drug smuggling racket.  Alyson is accosted in hospital by a large man “Archie”, who believes she has a sachet of un-cut cocaine still in her possession.  When he cannot get any information from Alyson he kidnaps her mother who is later thrown out of the car onto the highway.  Alyson appears in court and after an intense trial is acquitted by last minute evidence brought in by Freddie, a good friend of hers.  Alyson later on finds out that Freddie is a detective who has been following the case for two years and with the help of Alyson and Debbie is able to crack the case at last. However, it is not over yet. A car chase ensues and they have an accident where Freddie is injured. Eventually, on the night when Debbie and Raymond become engaged, they find out who the real drug lord is.

Nan Spurway was born in Durban, KwaZulu Natal, south Africa. During her school life she also lived in Zimbabwe, Swaziland, the Orange Free State and Transvaal (now Gauteng).  Her writing career began four years ago during a long convalescence after being very ill with hepatitis. She is at present studying Visual Arts at UNISA University in Pretoria.  Writing is her first passion and paints for relaxation, both of which take her traveling around South Africa, Zimbabwe and Namibia.