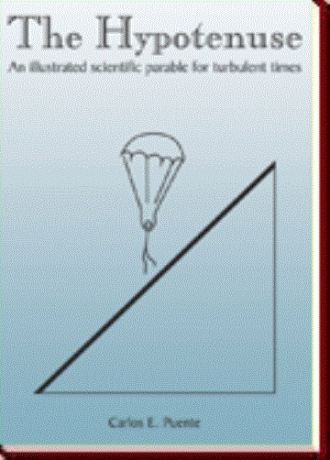 Undoubtedly, we live in turbulent times. After enduring in the twentieth century wars and rumors of wars, holocausts, famines, terrorism, corruption, market crashes, drug use, and widespread poverty, humanity already appears destined for more of the same in the new millennium. Despite the best intentions of many, power struggles throughout the world continue to tear the delicate fabric of unity, leading many to hopelessness and indifference. Sadly, as mankind grows older, genuine peace continues to be elusive.

Besides our struggles, the last century has also witnessed advances in science and technology, that have transformed the way we live. Lately, such knowledge has resulted in a host of ideas aimed at understanding and predicting nature's complexity, and in particular that generated by turbulence.
This work shows how such ideas provide an impartial framework for visualizing the dynamics and consequences of mankind's divisive traits, which, in a logical manner and consistent with ancient wisdom, points us to a state of balance and friendship, symbolized by the hypotenuse of a right-angled triangle, where we all may achieve peace.

It is my hope that this piece may help raise awareness about the universal nature of the evils we face and may inspire concerted action so that we all may enjoy a truly loving world.

Carlos E. Puente
Davis, California
August 15, 2005
On the Feast of the Assumption of Mary

This parable represents an urgent plea for equality, unity, and love, in the midst of ample ``turbulence'' in the world today. It is obviously urgent, for many brothers and sisters worldwide lack at this moment the essential means for their survival. And it is particularly urgent, for the laws of physics warn us of the generalized collapse looming if thorns keep on cascading in our increasingly interconnected world.

Before us, embodied in the serenity of equilibrium and in the intrinsic justice of the one to one line, lies the clear antidote to our anxieties and fears, the all encompassing relief of the widespread evils of selfishness, corruption, and greed that have plagued mankind's hearts since ancient times. Before each one of us lies, individually and collectively, the conscious task of building a civilization of love, of restoring human dignity, of admitting and mending mistakes, of freely sharing resources and talents, and of truly choosing peace above war.

In an age when the fear of terror naturally suggests military and/or economic solutions to the evils of our world, it is sober to realize that the best road map for prosperity and mass construction has always been the globalization of love. For, as supported by modern science and reaffirmed by common sense, only in the gracious simplicity of the hypotenuse we may all achieve real freedom and lasting peace. 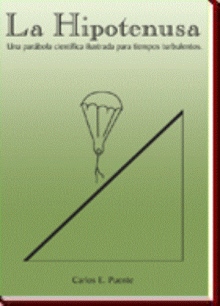 An unforeseen pathway to inner and world peace consistent with the teachings of Jesus Christ is elucidated in this book. Using universal principles regarding natural turbulence as recently uncovered via the science of complexity, the piece shows how simple notions from modern science allow us to visualize the consequences of personal and collective actions and how such ideas entice us, through reason and faith, to seek harmony and friendship in a condition typified by the hypotenuse of a right triangle. Written in a style that invites reflection and self-discovery, The Hypotenuse uses the format of an illustrated tale, with "people" walking on top of scientific diagrams, to weave concepts and symbols from mathematics, physics, politics, economics, and morals, in an original and unexpected fashion. The work, dedicated to the memory of Pope John Paul II, starts with a "geometric" citation from the gospel of Luke (Lk 3:4-6), followed by a Preface and a Prelude that set the stage for the main text. The narrative is then divided into four main sections: A bit of history, A bit of math, A bit of physics, and A bit of common sense, which are supplemented by a set of notes, by the end of the book, containing pertinent references and additional explanations to the text. Then, the story includes a collection of poems-songs that further weaves the symbols in the parable, a Postlude that emphasizes love as the solution to the evils we all face, and another Biblical quotation that reinforces the message of the parable, this time from the gospel of Matthew (Mt 19:16-24). Comments:"Carlos Puente has an unusual gift for using scientific ideas, amusing sketches and poetic comments to convey spiritual insights in a way that is attractive and eye-catching."

Dr. Puente received his Ph. D. from the Massachusetts Institute of Technology and has been a professor at the Department of Land, Air, and Water Resources at the University of California, Davis since 1986. He is the author of over 40 refereed publications, including the book “Treasures inside the Bell. Hidden Order in Chance” and the upcoming books “The Hypotenuse. An Illustrated Scientific Parable for Turbulent Times” and “The Fig Tree and the Bell. God’s Love via Modern Science.” Because of his contributions, he recently was named Fellow of the International Society for Complexity, Information, and Design. He lives in Davis with his wife and their two daughters.