As Long As We Live 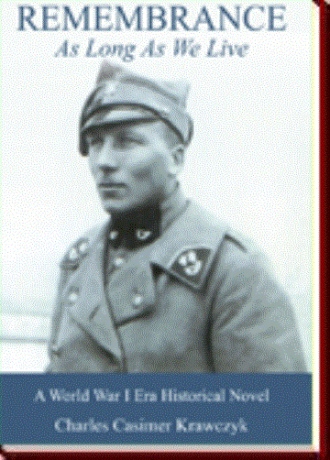 To the world the fate of appeared predictable.  The Bolshevik campaign would crush the country.  Without consulting with the Poles, Lloyd George forced the Polish ambassador in to start cease-fire negotiations with the Bolsheviks at a site within Soviet territory.  The Soviets locked them in their rooms and prevented radio communications with supposedly due to  “atmospheric conditions.”  The starting point for their negotiations was the Curzon line, which the Soviets quickly rejected.  Without any knowledge of the status of the war, all the Poles could do was stall, which suited the Bolsheviks who were gaining added advantages with each passing day of conflict.

The Bolsheviks intended to carry the invasion well beyond .  Sergei Kamenev, commander-in-chief of the Soviet army expressed his aspirations to trample over the corpse of and then on to to water his horses on the .

The time of crisis had come.  was about to face the Bolshevik onslaught alone, and nothing appeared more certain than the capture of .  Plotting to gain control of the Polish army, Lloyd George convinced the French to dispatch World War I hero General Maxime Weygand and Colonel Charles de Gaulle to as part of an interallied mission.  Continuing their steadfast loyalty to Pilsudski, the Poles sought his advice but rejected him as a leader.

It became clear that the decisive battles of the war would most likely take place shortly.  Most of the natural obstacles were crossed and the last rear guard defenses were broken.   As the Soviet armies streamed on toward and Lwów, Pilsudski met with his staff and General Weygand and Colonel de Gaulle.  He agreed to take their suggestions under consideration, retired to , and prayed as he contemplated his options.  That evening he ordered a reconnaissance flight over Tukhachevsky’s left wing and a raiding party to capture prisoners for verification purposes.

“Things look bad,” Karl admitted to Peter as he analyzed the latest Bolshevik advance against Lwów.  “It’s time to evacuate the aerodrome and fall back.”  A clerk arrived with a message that he scanned hastily.  “Forget that!  Warm up your Breguet.  You’re flying General Sokolski to Pilsudski’s staff meeting.”  After a moment he added, “you’re not officially invited, but attend with the general as if you were.”

As they flew over , a hundred thousand residents marched in religious processions from one church to another, praying for a miracle, accompanied by the distant sound of Soviet artillery.

A momentous decision was be made—one that impacted the future of all and perhaps the world.

Peter saw Pilsudski bless himself as he entered.  With the confident authority of a natural leader he brought the meeting to silence by merely raising his hand as everybody stared at him.

“Gentlemen,” he said, “with our and Lwów forces undergoing massive attacks, I’ve taken the liberty of inviting various members of our operations to this headquarters staff meeting.  Today you will receive oral orders.   Written orders may or may not follow.

“Now let me read the latest report from the French military observers.”

The situation is perilous, is doomed! Tukhachevsky will be joined by Budienny. Their victorious forces will soon be at the . is incapable of resisting, and it is expected that its disgruntled population will join them.  In two weeks the Bolsheviks may well be at the French border.  If they are able enlist the support of the inclined-to-revolution masses, all of as we know it will be gone.

“Our supposedly allies,” Pilsudski sneered, “those who guaranteed our independence in the Versailles Treaty, are beginning to realize that our plight is also theirs.  But where are their regiments . . . their supplies?” Pilsudski stressed intending to embarrass both Weygand and de Gaulle.  “Anyway it’s too late.  We’re on our own.  Our crisis is just another one of many we Poles have faced over the centuries.  Sometimes I wonder,” he continued, pausing as if caught in deep thought, “if God’s mission to us Poles . . . is to once again . . . become the sacrificial lamb at the high alter of war . . . again to save European Christianity.

“But I disagree with the French!” he said as he pounded his fist on a desk.  “The outcome of the Bolshevik invasion is still in balance!

They, of the forgotten Polish Blue Army Air Corp, soared as eagles in their rickety crates, through two wars, their wings straining and guy wires screaming as their machine guns chattered and bombs dropped in support of the ground wars.

By a combination of historical facts and fiction the human drama of the times is brought to life through the struggles of a young Polish farm peasant. To avoid Austrian army conscription he immigrated to the , but nevertheless became a part of the obscure Canadian-trained, American-immigrant Blue Army. Under the command of the French, they fought the tragically devastating battles of the trenches. Transferred to its newly formed air corps, he became an airman. Facing the German Fokker scourge with each flight, the airman’s mortality rate became greater than of the trenches. Most barely lasted weeks, a few became aces.

After Armistice, the surprised Blue Army Air Corps was transferred to , now as part of the country’s air force. A group of veteran pilots from the American Air Corps also appeared in , volunteered their services, and created the “Kosciuszko Squadron.”

, shattered by , convulsed by civil war, fell into the grip of the Bolsheviks. Considering that all of Europe was in disarray and professing its intentions to spread the communist revolution throughout the world, the Bolshevik horde crashed on through in the Russo-Polish war of 1920, bent on invading all of . , and were too devastated for another war. Only infant stood in the Bolshevik’s way. All of Western European civilization was at bay, and perhaps that of the world. Then a miracle happened.

Born of Polish immigrant parents at start of the stock market crash of 1929, Charles Krawczyk spent his youth in the ethnic neighborhood of Black Rock (, N. Y.) living with an extended family of parents, grandparents, relatives, and friends as they consolidated their meager assets to weather the Depression. These were the Polish Blue Army veterans that became his personal source of information upon which this book is based.

After his discharge from a tour with the navy during the Korean War, he attended the at the (also as a scholarship varsity football player). Later he graduated from the Syracuse College of Law to begin forty years of practicing intellectual property law (as a member of the , , and bars).  Prior to his retirement as the Chief Patent Counsel of a major U. S. corporation, he was involved in mergers, divestitures, and technology transfers on a worldwide basis. He has been instrumental in the creation of several successful joint ventures and technology transfers in , and became an associate of the law firm of Y. K. Ho & Co.