"Shadows In The Sun" 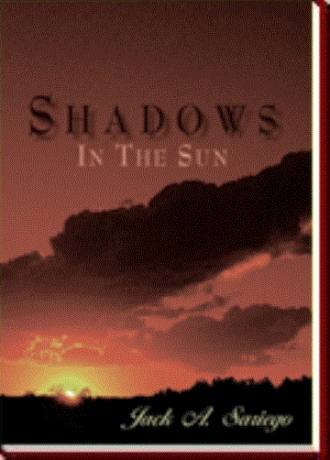 It was nearly midnight when the large, opened truck finally arrived at the rear of a small stucco, one story building in the outskirts of Toledo. The building consisted of several small rooms where the prisoners who were to face reviews by the Mariscal were taken until it was time for their review. The rooms located immediately behind the main office on the first floor consisted mostly of jail cells; each one about six by eight feet. They were sparsely equipped with a thin used mattress laying on the cold, damp concrete floor, a small commode and a tiny wash basin! From the cell the prisoners would be taken in handcuffs to a much larger room where the Mariscal was seated on an elevated platform. It was a physchological weapon that had been introduced by Mussolini in Italy. Because he was so small in stature, he believed that by sitting on an elevated platform, it gave him a psychological advantage whenever an offender ws brought before him! It not only provided Mussolini with an egotistical feeling of superiority; but it also gave the defendent a feeling of inferiority as the spot where he was standing was well below that of the one who would be deciding the defendent''s fate! The Mariscal, it was said, had adopted this procedure not because he was a small person. Standing well over six feet and blessed with a muscular body of a young man, there was hardly any need to express his superiority! Guillermo would never know whether he had taken this position because he actually believed in what it represented or whether it had been one of many edicts imposed by General Franco because he too was rather short in stature and believed that the appearance was consistent with the way he was supposed to look as a conquering hero!

Guillermo and Dolores were taken into one of the small cells! They both laid down on the thin mattress holding on to each other realizing that this was probably the last and final time that they would be together. From the small cell window, they were able to hear the happy voices of a group of men, probably the death squad, who had nothing better to do than to sit around, smoke their hand-rolled cigarettes with a rare blend of strong tobacco that had been brought in from Morocco! It had been intended primarily for the African troops but had been used by the Spaniards who soon learned to enjoy the strong smoke as well as the feeling of power and relaxation that it gave them. From what they could see, it seemed that the executions were performed in the rear of the building and away from the sights of the few residents that still lived in the area. It seemed like an ideal way of ridding themselves of undesireables who could be quickly, easily carted away and disposed of as soon as the bodies stopped moving!

The early morning sunshine crept in through the small cell window much sooner that they had expected! Since it was probably the last night they would spend together they had passed the night away speaking about their childhood, the happy times as well as the more disappointing times of their youth. They had lived with a pessimistic feeling of doom created in large by the mass poverty they had known. They both believed that the way in which Spain was going, everyone would soon be dead anyway! If it became known that someone spoke in favor of Franco and against the Socialist government, they were executed on the spot. If, on the other hand one were to speak favorably about the Socialist government, it would then be the conquering Franco who would perform the executions. Either way, it was a no-win situation! Eventually, everyone would be dead, long before God had wanted it to happen! At least, lying on the mattress they felt an inner peace within themselves and had made peace with their God! Nothing else was really important! They were ready to be executed! In order for a person to have a desire to go on living, there had to be something that was worth living for! As far as they were concerned, there was nothing left of value! Furthermore, there was no indication that things would eventually become any better; and even if they did, who would it benefit? Would it be the Socialist government who had destroyed the churches, killed the priests and raped the nuns, or would it favor instead the conquering heroes who savagely killed anyone standing in their way? What difference did it make anyway?

Two young men arrived! One of them was a Spanish speaking guard who spoke with an accent from the south, perhaps from Andalucia, who was not more than eighteen years old! The other guard was somewhat older and very obviously a member of Franco''s beloved African army. The man''s skin was very dark; and when he smiled, Guillermo noticed that several of his teeth were missing, probably the result of another battle, another place, another time!

"Ya estan listos?" (Are you ready?) the Spanish guard asked, smiling as if he was about to be entertained by a beautiful young virgin instead of a no-nonsense officer of the law!

"Cuando quieran!" (When you''re ready!) he answered. The guard asked him if he wanted to wash his face or go to the bathroom! Guillermo nodded his head that it wasn''t necessary! During the night, he and Dolores had agreed that she would remain in the cell while he went before the Mariscal! Suddenly, she had changed her mind! If he was going to be executed, then, she insisted on being there with him! If possible, she would spring her body at one of the members of the firing squad so that he would execute her as well! It was her way of thinking that if they were to be deprived of life together, they would be together in death! 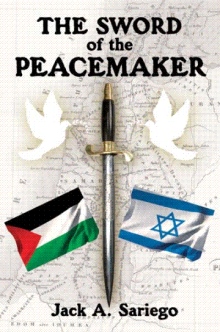 The Sword of the Peacemaker
Jack A. Sariego
$26.49 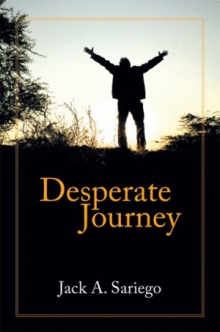 was in complete ruin during the years before the Spanish Civil War! There was massive unemployment and famine produced by one of the greatest droughts the country had ever known! The had successfully installed Communist leaders into most of the branches of the government! Unable to resolve the problems, the Spanish King would go into exile to while leaving the country in the hands of the Communist leaders! Even the few wealthy Spaniards soon became poor as they were compelled to submit to an increasing taxation needed to pay for the roads and bridges, and provide employment to a limited few!

Three young people, born into poverty, will be compelled against their wishes to travel off into different directions in their struggle to survive! As a youngster, once promised a young playmate that they would never be separated! Unfortunately, fate has other plans! Soledad will become a feared guerilla fighter known as "La Muneca" and will become a terror in Franco''s post war government! Her young playmate, Miguel, will become a rising young military officer in Franco''s army and appointed a Mariscal for the city of Toledo! After years of separation they will meet again with the help of a hooded stranger known only as "El Raposo" who will mysteriously come to their aid!

Many years later, the young daughter of Soledad is to become a member of the Basque ETA movement and will be accused of murder! The son of Miguel''s best friend meets the young woman while at college and has little, if anything, in common with her! The young man will subsequently become a prominant attorney and the fate that once separated them will bring them all together after a series of strange conditions of unimaginable proportions! Andres, the young attorney, will spurn the Spanish aristocracy but not before being a confidante as well as one of the leading advisors to the King of Spain! With his help the King will establish a Constitutional Monarchy which has been in existance until this day!

None of the characters are aware of the commonality they share, but will eventually be brought together in a series of bizarre and strange conditions! From the Cordillera of the northern provinces to the citrus farms in the Southern area of the country, travel with those who have taken part in reconstructing Spain, making it what it is today; one of the best governments in the European continent!

After working as a Senior Executive for a leading Bio-Technology company for over 30 years, his work has taken him to almost every country in the world when situations required his attention in times of stress, turmoil and catastrophies! Now that he is retired, he has taken to writing novels! Many of his stories are based upon situations that actually happened during the course of his travels!

Jack Sariego was born of Spanish parents who migrated to the United States many years before the Spanish Civil War! Most of the incidents in this book are based upon stories he was repeatedly told by his parents when he was a youngster in his teens! The historical elements of this novel are factual and have been well documented in the historical archives of Spain! This is his first novel of historical fiction! Many of the characters are real and most have contributed to the evolution of Spain after the devastating war that left Spain in shambles! Although the names have been changed for obvious reasons, they were never-the-less very real and lived their lives to the fullest! They loved, they hated; they won and lost, helped and were hindered in their strife to improve the country they had always loved and cherished!

The author is currently working on another novel titled. "Tarnished Sunset" that is being prepared for publication and is based upon problems he ran across while traveling to the Amazon jungle in Brazil and becoming exposed to the manufacturing of illegal drugs!! His interests are vast and varied! He is interested in the sciences, the law, classical music and politics! He is anxious to write more novels about incidents and problems that actually occured during his travels, especially when he was called to travel into the troubled areas of Lebanon, Iran, Israel during times of extreme stress and turmoil!

Jack is a decorated Air Force officer who fought during the Korean War! He has been credited more than 45 bombing missions over North Korea! Among his many decorations are the Bronze Star for Valor, two Air Medals, two Commendation Medals, and the Korean War Presidential Unit citation! During his military tenure, he was also an Air Intelligence Officer!