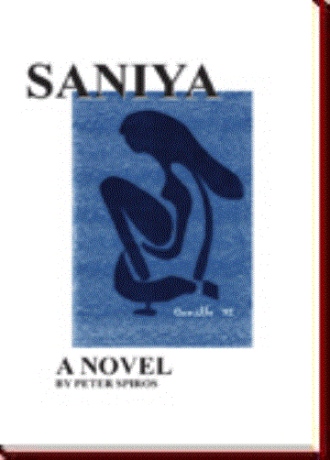 I shall begin by telling you that today…I became a writer.

“We’ll always have ,” he whispered as she lay asleep in his arms. If it is possible to look frightened…it is possible to look safe. With the quiet breath of her peaceful sleep and the pretty smile of a contented child, for the moment, she looked safe…He silently vowed she would always be.

He will need words in the morning for Saniya…affectionate, yet final words for this young girl left alone to find her way in the world… But who could resist her beauty, the moonlight… and A FLAT in ?

And now, if you will allow me, I’d like to tell you a story. It’s a story that spanned the last ten years and came to an end just minutes ago, a few blocks from here… in a suite at the Ambassador East Hotel. By the way, my name is Tony, but my friends call me Anthony.

It was just another day, a beautiful one, but of no particular significance really, yet a private moment from the morning of June 4th, 1993 has remained as fresh as yesterday for me through the years, and in the end, changed the life of a very dear friend. I had never revealed it to anyone before, before Madame Renot that is, a few others since, but now for this story to make any sense, I must tell you. Let me explain…

I was an account executive at the time, in for a week on business. With a wedding to attend on the upcoming weekend, I was leaving for the States a day earlier than my colleagues. While checking out of the hotel on the last morning, my eyes came upon her for the first time…on Saniya.

She was an attractive young lady, very cheerful, and we exchanged pleasantries as I settled my account. The phone rang. I listened as she spoke, and although I had no idea what she was saying, she was saying it beautifully… gentle of voice, with a feminine softness apparent in her manner…her way.

Just listening to her made me think of , in the springtime… when the sidewalk cafes are in full bloom and the pretty girls are out and about, it can arouse feelings in you like no other…it literally drenches you. Oh, I know that sounds clichéd, but there must be something to it, some reason why it’s the setting for so many love stories in books and movies.

Anyway, the sun was shining, just a magnificent morning and my mind began to wander. I looked back with satisfaction on the week, having secured a large contract from a major account, and looked forward to the wedding…a former classmate… many of those who would attend, well, it had been years since we’d all had a drink together. Saniya then broke my little trance, offering a seat in the lobby and a cup of coffee…the taxi, she explained, would be a little late…heavy traffic.

I took a seat and smoked a cigarette as the reverie continued when suddenly I was overwhelmed with a feeling of contentment, of pleasure and there, just a few feet away was Saniya preparing my coffee…radiating that softness I spoke of earlier, a delightful sweetness…it’s hard for a man to put into words the elusive qualities that make a pretty girl beautiful, but at once beautiful she was. Yes, an exotic beauty, with a slender, willowy figure… gracefully floating about that rather small lobby as I looked on… alluring eyes…long, silky black hair.

And while enjoying my coffee, I continued to listen as she answered the phone, sliding with ease from French to English, back again to French in little more than a whisper…looking up occasionally with a shy smile, a toss back of her hair________The gentle voice, “your taxi, Mr. Ryan,” and I was on my way. 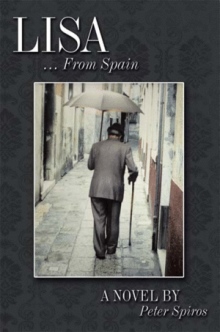 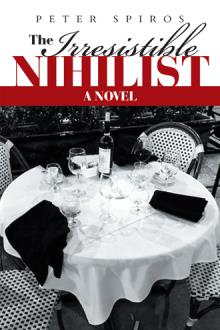 Anthony Ryan, a young man still…yet approaching middle age, is by most accounts a relatively successful businessman. His profession has taken him all over the world, has exposed him to many different people and places…allowed growth in him that not even he is aware. He is unfulfilled, however, with a dream never realized…a passion never expressed.

The story takes place in 2003, yet it began ten years earlier. While checking out of his hotel one morning in at the end of a business trip…he had occasion to take special notice of the young desk clerk while settling his account. He was feeling pretty good that morning for several reasons and this young lady, Saniya, became a part of his special feeling. He knew that he would remember her and that pleasant moment forever.

A decade later, this same girl turns up as the victim in a novel written by his best friend…a friend who had worked with him during that time in Paris, a friend of his, since childhood. This begins a search for Saniya that takes Anthony from , to , to , and to . Along the way, he makes some new friends, reacquaints himself with some old ones… we gain insight into who he is and how he sees the world. So does he. Finally, back home in , he finds his answer…recognizes his passion and begins to live his dream.

Traveling around the world for the last twenty-five years…not as a tourist or adventurer, but as a businessman, has given me some unique perspectives, I think. You see, unlike the tourist, a businessman develops relationships with others in foreign lands, long-term relationships that are simply not possible from the seat of a tour bus. And unlike the adventurer, you get to know people in their real existence…not while climbing some mountain…or fording some stream.

Yes, businessmen, or women as the case may be, while their existence during the day may be all charts and graphs and the like… during the evenings…out in the restaurants and cafes, well, I can tell you that anything but business is discussed after the first drink. You really get to know people, their life circumstances…their political views…their family lives. It is in this vain that I feel qualified as an author…as one who may have a story to tell.