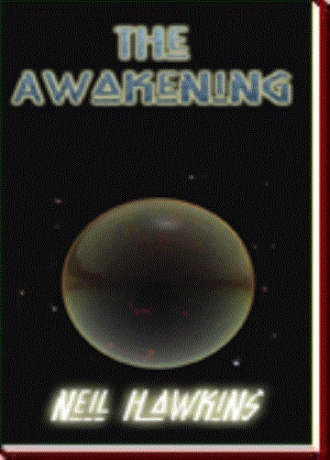 P’than was in shock. But he was alive. Curled up in a ball, hugging his knees, he was aware only of his heart beating wildly and his chest rising and falling in deep breaths.

And then, coming more fully to his senses, he tilted his head up and squinted against a bright light – and his surroundings took on shapes he couldn’t have imagined.

Fear rippled throughout his body – much stronger than when he hunted the wild boars along the edge of the K’ritor Plains.

Trying to come to grips with what had happened, he instinctively knew he had to calm the violent shivers running throughout his body . . . but all he could do was squint against the light.

He glanced from side to side. Except for B’rntina lying next to him, nothing was familiar. He had never seen such things – not even in his most absurd dreams. Even the floor upon which he lay was foreign to his touch.

Forcing his eyes wider against the brightness around him, he released his knees and sat up. Bracing his hands on the floor to help his body stop shaking, he felt the stone he had found in his field. He slipped it into his tunic pocket and then looked up – and his heart nearly leaped from his chest. Strange dark images, their forms fading in and out, floated in the air a few yards in front of him . . . And then everything went black.

P’than reckoned he’d been in the “room” at least four days – and those four days had revealed nothing about his captors, nothing about where he was and nothing about the purpose for his being . . . where? From what he had so far experienced, he somehow knew that it would be a long time before he would get the answer to that question. But there was one thing comforting. He wasn’t alone. He was with B’rntina and several other

Surions. But they couldn’t speak to each other or move within a few paces of each other.

Two days later the separation came. P’than and B’rntina were together – but the others were gone.

After the seventh day, P’than’s thinking began to adjust, and old legends began to flit across the back of his mind – legends of distant ancestors having arrived on his world from beyond the stars.

Although B’rntina had been intrigued and fascinated by the stories, P’than remembered he had never paid much attention to them, as any intelligent being knew

it was impossible to fly – and he recalled how many times he had told B’rntina that it was preposterous to think someone could come from the stars. But as he thought of those events, the vision of the “lights” filled his brain – the sudden beams that had flashed

downward through the fog as he raced toward his field. And as much as he didn’t want to think about it, he remembered how the black shape had reappeared moments after B’rntina had run out of the tall grass and stopped next to him at the edge of the flattened

circle of grain – and how the dark light had surrounded them and pulled them up and into this . . . this . . .whatever it was.

P’than didn’t like what he was now forced to believe. It was ridiculous. But as irrational as it all seemed, there was now no doubt in his mind. He and B’rntina were inside one of those legends that had come from the stars. But no sooner had those thoughts run their course than their surroundings vanished, and he and B’rntina found themselves “outside” in an existence that began to take them in and out of any reality they might have known.

This fourth book about Neil MacBruce and the leather-bound Dropa books takes the captain and crew of the starship Explorer on a wild goose chase into the far reaches of the unknown universe. Their search to unravel a mystery, that threatens to tear apart the United Federation of Galactic Worlds, throws them in and out of reality. With seemingly no way out of their predicament, the answer comes in an unexpected way – but leads them back to an even more unexpected journey.

A native of Poughkeepsie, New York, he attended Augustana College, Rock Island, Illinois and the University of Stockholm, Stockholm, Sweden, later receiving a BA degree from the and an MS degree from , . Since the age of five, when he “saw” Earth and the other planets from space in all their detail - twelve years before Sputnik - he has been intrigued and fascinated with flights of reality and fantasy. It was said he had an out-of-body flight of the soul, or a wild dream. But what he described then was identical to what now has only been “seen” by the Hubble Telescope. Later, his flights of reality were realized during a distinguished career as an Air Force officer - and his flights of fantasy became reality when he spent seven years in “another world” - - where he taught English at two technical institutes. After his marriage to a wonderful Russian woman, he combined their “two different worlds” with his imagination in stories that took them both through time and space - and to other worlds. He and his wife now reside on this world in , but plan some day to return to their home on the shore of the River Volga.