The Federal Reserve Board: The Wizards of 0Z: The Men Behind the Curtain 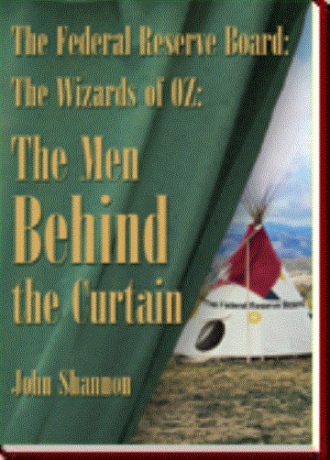 This book starts by describing the Economy in 1998-1999.  It was a great time for American workers, American businesses, American investors, American government of all levels, and for the American People as a whole.  “Surpluses as far as the eye can see” was heard from federal, state, and local governments at that time.

We then move on to the year 2003.  The economy is in poor condition.  We are in an economic recession.  Jobs are scarce, companies are laying off workers, investors have lost a great deal of value in their stock holdings (401k’s, IRA’s, Mutual Funds, Investment Accounts, etc.), businesses are closing plants, cutting costs or going out of business.  Even federal, state, and local governments are having problems.  Now they are saying “Deficits as far as the eye can see.”

I would like to show that the Federal Reserve Board more recently lead by Alan Greenspan as Chairman is the cause of this recession and very many more economic problems we have today.  The depression of the 1930’s, all our recessions, inflations, deflations, the massive job losses in this country to foreign countries, unemployment, underemployment, and a potential dollar collapse that is looming in the foreign exchange markets, are all caused by Federal Reserve Board policy.

We then investigate why the Federal Reserve Board makes so many mistakes.  Is it by accident?  Is it on purpose?  What other agendas, other political purposes, and other reasons does the Federal Reserve have for their policy actions besides their stated goals of full employment, non-inflationary growth?  Their record is not very good on these issues either.

Then we move on to solutions; what can be done to correct the mistakes the Fed has caused and what actions can we take to ensure these mistakes will not continue in the future.  Make no mistake there are simple solutions to these economic problems.  Will the Congress have the political will to make the necessary changes?  In this chapter, we list the solutions to the current economic problems.  Will the Federal Reserve Board listen?  Congress created the Federal Reserve and gave it all it’s powers.  It can also take some of its powers away.

Then we discus if the solutions are not heeded what the individual investor can do in “Chapter VIII Gold Investment, Insurance or both.”  This chapter discusses the importance of owning gold as both an investment and as Insurance.  Would you not have life insurance, auto insurance, business insurance, disability insurance, malpractice insurance, homeowners insurance, etc.?  Of course not!!  In this day and age with budget deficits as far as the eye can see, trade deficits, balance of payments deficits, social security liability problems, and the massive amount of dollars held by foreigners (foreign banks, foreign investors, foreign businesses, etc.) hanging over the foreign exchange markets like the “Sword of Damacles”, it would be foolish not to also have wealth insurance.  It is important today more so than at any other time in history to have at least 5% of your portfolio in gold holdings.  The mistake of not doing so could be catastrophic. 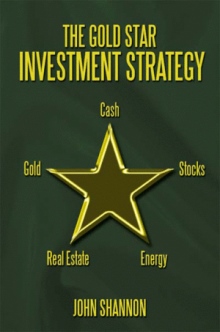 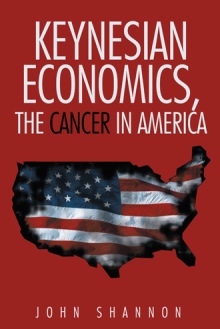 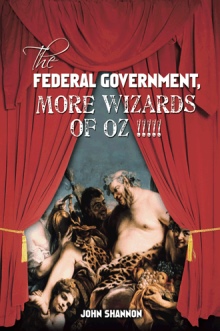 This book describes the boom of 1998 and 1999.  What a great time for all the American people. Next we move on to the recession of 2003 caused by the Federal Reserve Board raising interest rates to stop what they called “irrational exuberance.”  What financial suffering the Federal Reserve Board has caused.  A brief history of the Federal Reserve Board is next.  Chapter IV lists all the problems the Fed has caused, and there are many including the Great Depression, since it’s creation by Congress in 1913.  Then we ask why the Fed makes so many mistakes with their monetary policy.  Solutions for our economic problems are listed and what the individual can do to protect himself or herself from financial ruin due to Federal Reserve Monetary Policy.

John Shannon attended colleges in during the 1960’s majoring in Accounting.  His first taste of investing came in 1973 during the stock market crash of that time.  He opened his first account at Merrill Lynch in putting all his savings in stocks selling at $1 a share.

Watching the stocks rising in value, and not knowing when or if he should sell, he dusted off his old college Economics textbook and read from cover to cover with a greater interest than ever before.  After numerous trips to the Harvard Book Store to purchase many used Economics books, John spent an average of 6 hours a day in the local public libraries during a 5-year period from 1973 to 1978, reading textbooks, as well as, the Wall Street Journal, Business Week, and other periodicals.

Economics and investing became a passion.  In 1976 selling stocks at the top of the market and buying gold at $120 an oz, which turned out to be the near low for gold, was the next financial step.  In 1980, when the Regan administration was elected he decided that the gold price would fall so he sold his gold holdings at $750 an oz.

John successfully predicted the real estate market collapse in 1988 and the stock market crash of 2000.  He has been recommending buying gold recently since it’s low price of $277 an oz a few years ago.  In the mid 1980’s, he was a registered investment advisor for a short period of time.