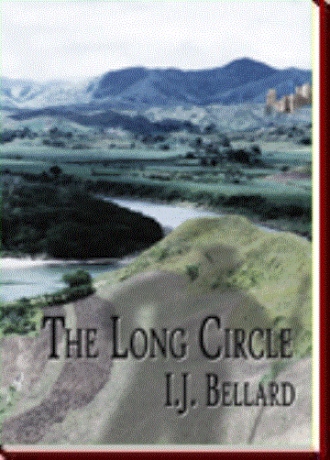 Hetnar stroked his bearded chin as he looked thoughtfully at his companion across the table at which they were sitting. Hetnar was a man of middle years with a lean physique. He had shoulder length hair and what may have been considered a handsome face but for his left eye being permanently half closed due to the muscles above the lid having been severed in a fight in his younger days. His small thin lipped mouth and gaunt cheeks gave the overall impression of a hardened character and he was indeed used to the hardship of life on the move.

The man on the opposite side of the table took another large mouthful of beer then set his pint mug down with an accompanying belch. He was a short plump character with busy eyes in a face that was virtually round with excess fat. His corpulent figure betrayed a sedentary and fruitful lifestyle, his travels were short but frequent between taverns and eating houses, often through back doorways and down dark alleys. His true occupation had always been a mystery to Hetnar but he was an invaluable source of information.

Hetnar had been careful not to betray any emotion when the other man told him of the death of the Lord of Thirlanden. They were in a tavern in a village just inside the ring of mountains surrounding Thirlanden Valley, where one had to be careful of admitting one’s loyalties. The village was close enough to Thirlanden to be reliant on the castle to make a living, and close enough to be fleeced in taxation, but far enough away to be on either side of the law as the mood of the times favoured it.

“So who is in control now?” Hetnar had asked.

“It seems as if Lofrud has been giving the orders since,” the other man spoke with an asthmatic wheeze punctuating his words.

“And what about the old lord’s son? Hasn’t he taken the lordship?” Hetnar’s voice was calm and quite engaging for a man who seldom spoke, often for days at a time.

His companion leaned forward and lowered his voice to a strange whisper. “Let us say, dear boy, that Lofrud is looking for him. The official word is that Howak needs to be protected. That is why Lofrud has so many soldiers on the move, making their presence known.”

He eyed Hetnar carefully, communicating more with his little pig-like eyes, telling Hetnar that the self appointed successor to Henarg was hunting the true heir, without using the words which might condemn him in the presence of a sympathiser to the new ruler of Thirlanden.

Hetnar understood, he nodded and said, “Well if Lofrud has taken over the guardianship at least we know where we stand.”

“Hmm,” mused his companion who sat back, toying with his empty drinking vessel. Hetnar drained his own mug.

“No thank you my dear, I must be about my business.”

“Yes, life goes on for us ordinary folk,” Hetnar said, unsure of his own meaning.

The fat man looked at him with a frown on his otherwise smooth complexion. He stood up, his height little more than when he had been sitting.

“Be seeing you dear boy.”

To anyone not familiar with his trade the bronze smith’s workshop seemed a shrine to disorder. Tools and small moulds littered one workbench whilst larger moulds, some clasped shut to hold their cooling artefacts, others open revealing the shapes they formed, were to be seen in all available floor spaces. From hooks in the walls tongs were hung while on another workbench there were small anvils and more delicate tools. All of these items could be better examined with close scrutiny but the more obvious and obstructive objects were the furnaces and their accompanying heaps

The Long Circle will take you on a journey into the medieval world of Teynland, travelling through diverse landscapes rich in wildlife.

Horrified to have witnessed his parents’ murders, Howak flees his inheritance in Thirlanden to wander alone in the wild where he learns to adapt to his loss and to strengthen his character.

Determined to exact revenge on his enemy Lofrud, and all the while tracked by a lone hunter, Howak moves on through a land populated with feudal tyrants and oppressed peasantry.

Building friendships from chance encounters, Howak also finds love, but he must gather allies from amongst Teynland’s wanderers and outlaws if he is to regain his inheritance and defend Teynland from the growing might of Lofrud.