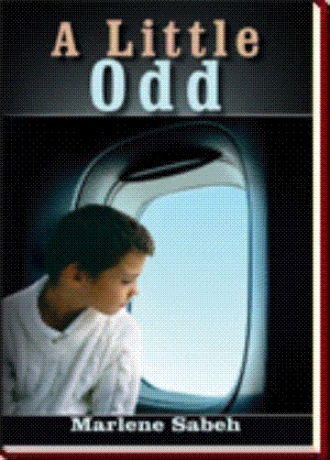 “Welcome to !” the immigration officer greeted us.

The broad smile on his tanned  pleasant face reminded me of my uncle Steve who cried his heart out  as  he waved goodbye at ’s airport. It didn’t matter anymore who cried and who held his tears. We are here. Now. We are in .

airport in welcomed us like  it does millions of people , with pale walls, dark floors and constant uninterrupted noise . My father , my mother , my sister Raya and I headed towards the exit door pushing our eight suitcases , passports in hands , sadness in heavy hearts and hopes up in the sky. 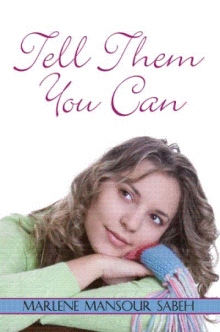 Tell Them You Can
Marlene Mansour Sabeh
$11.99

Ramsey Remy never wanted to leave his native . With his family, he moved to , seeking a better life and a brighter future.

On this hard path of juggling cultures and identities, Ramsey faces many hardships and difficulties unlike most thirteen-year-old boys. In his newfound home, in ’s , he embarks on a journey of alienation, resolutions, dreams and disappointment. Somewhere along the rugged road towards adjusting, he learns a great deal about friendship, acceptance, values and heroism.

Will he ever overcome his struggles, loneliness and inner fears? Will he ever carve a new niche for himself in his adopted country? Will he ever stop feeling a little odd?

Only time will tell.

Marlene  Mansour Sabeh is a native of . She moved to in 1995, joining her husband, a longtime resident of . She was always passionate about writing, especially writing for youngsters. Along with a degree in Computer Sciences, she earned a diploma in writing for Children’s magazines from the institute of children’s literature in .

This is her first juvenile fiction, which depicts the struggle of an immigrant teenager and his painful journey towards finding his new identity. Since the story is based on a personal experience, “A little odd” sheds a new light on every immigrant’s fears and drawbacks from a teenager’s perspective.

Marlene Mansour Sabeh targeted young readers since she had the chance to work with middle schools students for four years. She currently holds the position of student coordinator in , .

With her husband and two children, Marlene Sabeh divides her time between and the .