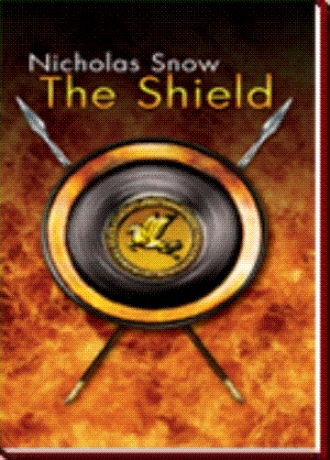 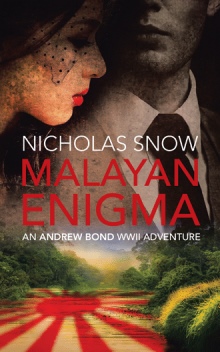 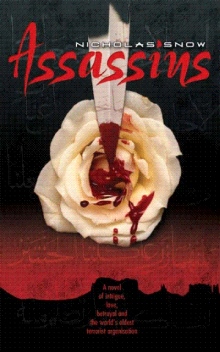 ”I will speak to you of war, battles, love, hatred, heroism, self-denial and betrayal, of a dead man who will save a living man.

”Of a weapon, a gift from the gods, a shield, of a narrow pass and a plain where the fate of the world will be judged.”

This is the prophecy revealed to the seer Megistias from Zeus.  It will be fulfilled by the brave and noble Spartan, Teleutias, the genial and faint-hearted Athenian, Nausinous – whose friend’s example will lead him to unparalleled heroism – the Persian commander-in-chief Mardonius, the beautiful Spartan woman Helen and the slave from Miletus, Dianeira, who will fight for her freedom and whose heart is torn between two Greeks.

You will run with Teleutias in , you will attend the brilliant symposia of Mardonius and the sensual dance of Dianeira, you will hear Leonidas and Themistocles deliver speeches at the council of the , you will travel with the royal trireme of Xerxes to , you will sail with Nausinous and the Athenian fleet.

You will feel the fear and horror of battle with the weight of the shield in the left hand and the spear, slippery with perspiration and blood, in the right.  You will fight in the phalanx at the battles of Thermopylae and Plataea, ”where the assault is a faceless beast with hundreds of heads but only one soul, where the earth trembles at its steps, where the sun shines on the bronze breastplates and helmets and the colourful crests made of horses’ manes and tails quiver, where the painted shields approach united and the well-polished metal tips of the spears are Death itself.”

”The Shield” brings together the magic of the novel and a profound historical knowledge, making the reader feel what it meant to be a Greek during antiquity.  It is a moving epic, but also a very human story, where the grandeur of the spirit freely chooses the ultimate sacrifice and clashes with hatred, passion, intrigue and betrayal.

Nicholas Snow is the pen name of Nicholas Kyriazis. He has a diploma and PhD in Economics from in .  He has worked as a consultant for the European Parliament’s Directorate for Research and Documentation, the National Bank of , the Greek Ministers of National Economy and Defense and served as Secretary General for Public Administration during the period 1993-1994.

He was a visiting scholar at the Economics Department at and visiting professor at in .

He is currently associate professor at the Economics Department of the , , president of Alpha Trust Andromeda Investment Fund (listed on the Athens Stock Exchange) and vice president of Ergoman Telecommunications.

He has contributed papers to academic journals and articles to the Greek press and he has published 11 novels and one book of poetry in Greek.

In April 2005 the President of the ordained him a Knight of the Legion of Honour for his contribution to European ideals, science and literature.