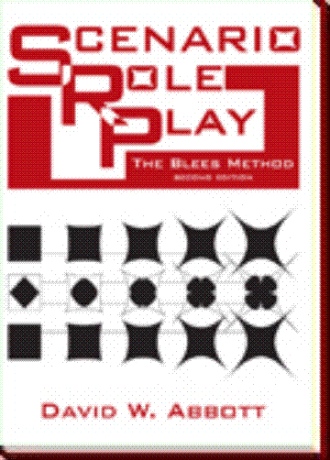 Additional Advantages for the Group Therapist:

(1)  Despite its current relative unfamiliarity, the Group Therapist does not need to learn additional new theory or be proficient in social learning theory to process the Scenarios him- / her-self or with the group. The three processing questions are in every day language. Any additional processing can be done from the present theoretical orientation of the Group Therapist, using the concepts and expressions with which the Group therapist is already familiar.

(3)  The Group Therapist doesn’t have to wait for a particular event to occur, or ask a client to bring up an event from the past, in order to process something important with the client. Instead, the Group Therapist can simply assign the client a Role Character in a Scenario which is likely to produce the type of conflict situation that causes the client difficulty, and it can be discussed immediately after the role play.

(4)  Instead of only assigning homework to a client, the Group Therapist can assign a Role Character in a future Scenario which will give the client an opportunity to deal with the “homework,” or new behavior, which the client needs to practice.

(5)  The Group Therapist or another participant can almost immediately model alternative behavior for a particular client / Cast Member, interacting with the same other people, and under the same conditions as that Cast Member did. The Cast Member can see at once those persons’ different responses as well as check out his / her own (different) feelings. This is also an advantage for the client.

(6)  Since the groups are heterogenous, the Group Therapist can start a new group without waiting for “enough” participants / clients who all have the same diagnosis.

Additional Advantages for the Client / Participant:

(2)  The clients / participants in Scenario Role Playing can try alternate behavior--with the same people--immediately, if desired. They can note the others’ responses, and their own responses, and determine if their feelings and needs, and societal acceptance change positively.

(3)  The clients / participants in Scenario Role Playing can experiment with new behavior, knowing that the risks (of loss of a job, of causing family problems, of societal ostracizing, rejection, etc.) if the behavior is unsuccessful or poorly executed are lessened or eliminated.

(4)  The clients / participants in Scenario Role Playing are treated with respect, due to the ethical and theoretical bases which direct the Group Therapist and the other participants to do so. The clear direction towards finding a better way, looking for more healthy relationships, developing “Maturity Skills,” etc. help the client to focus on “what works” rather than on the problem. The client / participant benefits from this positive approach.

(5)  The clients / participants in Scenario Role Playing can “act” their way into new, healthier thinking and feeling, and watch others doing such acting. Although human beings are “rational animals,” there is considerable evidence that we often act on emotions. (Someone has suggested that human beings might be better considered as “rationalizing animals”!) It is not clear that there is a fixed chronological sequence in the thinking / feeling / acting that humans do. Clients / participants can decide for themselves if their thinking can be changed, and / or if their feelings change, and / or if their needs are better met, and / or if society is more accepting of their behavior--when their behavior is different.

(6)  The clients / participants in Scenario Role Playing are dealing

In a climate of managed cost concerns, Scenario Role Play: The Blees Method provides the therapist with a powerful and efficient therapeutic tool for facilitating improved functioning with several clients at a time. Using “Scenarios” which are drawn from--and similar to--the kind of life experiences that clients face, this unique form of role play employs the group as a miniature society while the clients “play” themselves. This allows the group therapist to work with heterogeneous groups. It enables the clients to witness and experience alternatives to their maladaptive responses, helping them to change their thinking, feeling, and behavior patterns without the risks of loss of a job, or a marriage, etc. The norms of this therapeutic approach permit clients to “work” at the edge of their comfort level.

After presenting the theory undergirding this group therapy, the book furnishes a step-by-step orientation to the process. Chapters show the therapist ways to establish a group, choose Scenarios and Role Characters, and set up a Scenario. Guidelines for observing the action, ending the “playing,” and processing the event are provided. An appendix of 24 Scenarios furnishes tools for immediate use in the therapist’s own practice.

While Scenario Role Play has been relatively unknown, the therapist does not need to learn new jargon or change the methods of assessing or understanding clients in order to use this procedure, and can easily add his or her own interventions to the process. Since the method simultaneously incorporates intellectual, affective, and behavioral components, the client is moving toward more maturity wholistically.

This book is a valuable resource for professionals who wish to work with groups in either in- or out-patient settings, including schools, half-way houses, etc.; as well as  for professors and students in the helping professions.

Having earned degrees from College (B.A.), (M.Div. & S.T.M.), and (Ph.D.), Dr. Abbott has credentials as a pastor, professor, and  practitioner. Trained by psychologist Robert Blees (the developer of Scenario Role Playing), he has experience using Scenario Role Play in churches, industry, the classroom, and private practice for over 30 years. He adds his wisdom gained from specializing in relationship counseling, and the supervision of emerging professionals, under licenses of  Professional Counselor and Clinical Social Worker.

He has presented workshops on the therapeutic method described in this book at the National Convention of the Association for Specialists in Group Work (ASGW), the International Convention of CAPS, the Convention and Training Conference of the North American Association of Christians in Social Work (NACSW), the Annual Symposium of the Association for the Advancement of Social Work with Groups (AASWG), and the 9th and 11th European Groupwork Symposia in Great Britain. These workshops have been well received.

Dr. Abbott is also a popular professor in the Master’s in Counseling degree programs at and . These universities have commissioned him to write the curriculum for courses in Scenario Role Play for their Master’s programs. Students applaud draft versions of this book, used as the text. Classes in the method have waiting lists.

Realizing the value of students’ input, he incorporates their suggestions in this edition. He is currently working on a three-volume manual of Scenarios, and an advanced text expanding on the concepts presented here.