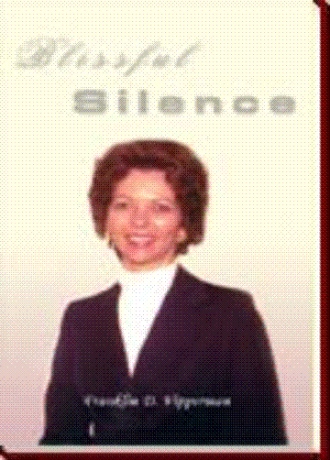 Under the kitchen sink, she found herself a large brown paper bag, and stuffed the panties, slip, and once cherished black dress into it.  She then opened a drawer, got out a box of kitchen matches, and then headed for the side door of the trailer.

nce outside, she went to the rear of the trailer and dropped the paper bag into the large one hundred gallon drum they used to burn trash.  She then struck a match, and touched it to the top edge of the paper bag.  She went all the way around the top edge of the bag with the match, until it was flaming on all sides.  She stepped back just a little, and stared blankly into the fire, as it began slowly creeping down the sided of the brown paper bag.

Her eyes were blank, and cold.  As they watched the flames begin licking at the edges of the beautiful black dress.  And as the flames began to engulf the dress, two tiny tears filled the corners of both of her cold dark brown eyes.  The flames sparkled in the wetness of her eyes, but the sparkle was not from happiness.  Not this time....

She watched with sorrow as the dress began to disappear before her eyes.  The smoke that ascended made her cough, but she did not step away from it.  She stood there frozen in deep far away thought, staring into the flames and smoke.  Until she was absolutely certain not a single trace of the beautiful black dress that helped her become a woman, remained.  But had instead, swirled away with the dark black smoke, that rushed toward the clear blue sky.

She had already made up her mind that she was going to get him, one way or another.  By hook or crook, she was going to have him.  He just didn’t know it yet.  She had waited for him for near twenty long years, and this was the very first time he was ever available without a wife or girlfriend somewhere in the picture, or background.  She knew he had been married to Susan, then Joy, and she had heard he had married a woman named , in .  And, she had also heard, that the one in , had ran out on him when he first got arrested.  But more important, she also heard he had divorced her many years previously.

She picked up her fresh drink, and his beer, and walked to the edge of the pool.  She sat the drinks down at the edge, and quickly slipped out of her swimsuit.  She then went to the wooden steps, and down into the water.  She waded back over to the center of the pool where the drinks were, and waited for him to come back from making a lap to the opposite end of the pool.

When he did get back, there she was, drink in hand.  She handed his beer toward him, and when he took it in his hand, she quickly moved to him in the shoulder deep water, and wrapped her arms around his neck, and laid it on him.  Her tongue pried his lips apart, and frantically searched for his.  Her long slender legs went around his waist, and her ankles locked themselves behind him.  He had little choice.  He could either move forward to her, or step backwards into the deeper water, and be in over his head.  He made the move she knew he would....

Joleen falls in love with Tom the moment she lays eyes on him as he drives into the driveway in a snazzy convertible, wearing his army uniform.  She makes up her mind that very day she is going to have him, regardless.  But, Tom’s family has other plans for him, and have already decided who he was going to marry.

Joleen becomes pregnant and marries Tom’s older brother Perry.  She then spends the following twenty years of her life secretly being in love with Tom.  She does finally find her happiness with Tom, and becomes deliriously happy every moment of her life, just being near him. Then fate takes a disastrous turn and shatters her happiness and her world.

This author lived most of this true story as this book is both a work of truth and fiction.  Some of the fiction portion he learned from Joleen, the main character.  Who this book is based upon, and dedicated to.

He surmised other portions of this story as to things that probably happened to some of the characters.  All of the characters being real people that unknowingly became a part of this book.  And the author changed their names to keep their true identity to themselves.

He believes Joleen would have been pleased with his telling of her life story, so that her children can obtain some insight into her actual life.  Thereby finding much more joy in her memory.