A Vietnam Veteran's Battle for Compensation 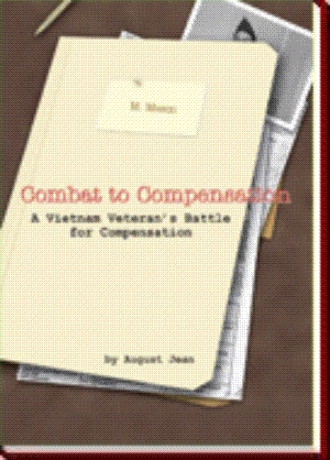 At a time of great turmoil in our nation and changes in the world, there was a conflict in Southeast Asia, which would forever change the lives of those involved. Thousands of young people were called upon to perform a duty to their nation and were shipped off to this country. They found that the people, which at first welcomed them, were now trying to kill them. The world watched and turned its face on them. The nation that sent them turned their back on them. The people who protested the war called them baby killers and murderers.

Eager to serve their country and defend freedom, these individuals left their normal lives, loved ones, and potential careers to go to a country that did not want them there. Many lost limbs, some were disfigured, and others had mental disabilities that might not be recognized for years to come. Still others were returned home in body bags.

When the veterans returned home from the war, they found that they were different. In trying to find assistance for their disabilities, the veterans had difficulty obtaining help in their hour of need. The nation that sent them offered bureaucratic policies in the form of the VA. Their families and friends did not know how to help them because they had not experienced the horrors of war. These individuals now had to face their new challenges alone. Left with little or no options, many turned to alcohol, drug abuse, crime, homelessness, or suicide. Why would the nation that sent them offer inadequate assistance to them in their hour of need?

Combat to Compensation is about one veteran’s experiences before, during, and after the Vietnam War. This story is about the troubles we endured in obtaining the benefits due him from the government. I will not attempt to rewrite the history of the war, or discuss the issue of whether America should or should not have gotten involved. However, the effects of the war on this man’s life will be shared. Another purpose of this book is to show the abandonment of a veteran by our government, a man they had trained and discharged without any regard for his future. All documents used in this book have been verified and were obtained legally from the U.S. Army and the VA.

Readers will find help for themselves, a family member, or a friend who has been unable to return to a normal civilian life since returning from the war. My hope is that veterans and family members will be encouraged to continue their battle to get benefits and compensations due to them for their sacrifices to our country. Even if they may have abandoned all hope of receiving benefits from the government which they may be eligible for. The Veterans Administration has an obligation to compensate every veteran who has served in the military and sustained a disability, whether it is service or non-service connected.

PLEASE DON’T GIVE UP, YOU CAN WIN.

Winning the Struggle With the VA

Using the VA Rules to Obtain Your Benefits

We were pleasantly surprised when Marshall received over $225,000.00 as a disability compensation. Other veterans who apply for benefits may not get this amount; some may get more and others may get less. The VA exists to care for the veterans’ needs; they will do so if you are persistent in your efforts to get your claim approved. You will never know what you can accomplish unless you are willing to do whatever you need to get what you deserve from your country.

I had no idea so much information would be needed by the VA to prove a disability existed until I started to prove Marshall’s disability. I would like to share some information we found to be very helpful in getting our favorable decision  It should be valuable to veterans and their families seeking benefits. Every branch of the military is required by law to provide medical care for their veterans who are retired from active duty. Not all veterans who believe they deserve to be compensated are necessarily entitled to disability benefits. They must have documented proof of the disability. The veteran must have received an honorable discharge from the military and have served during wartime to be entitled to many of these service-connected benefits. By the way, any veteran who receives an other-than-honorable discharge from the military may have their discharge upgraded to an honorable discharge. This should be done as quickly as possible after being dis

Combat to Compensation is based on facts and tells the story about how one veteran with help received justices from the Veterans Administration. It also shows how the veteran received over $225,00.00 from the government. As well it gives a lot of information to help other veterans get what they are entitled to from the government.

The author was born in West Virginia and moved to California about forty years ago. She is the mother of three sons and grandmother of three wonderful grandsons, a widow and is also retired.