Murder at the Cappuccino Cup 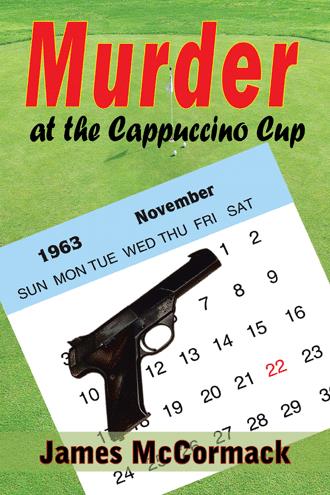 Carmine left the solitude of the men’s locker room, returning to the President’s office on the main floor.  He removed a thick leather binder from the bookshelf behind his large, mahogany desk.  He did not need to open the book or to flip the pages to know what was contained inside.  Over the years he had read and flipped and stared and memorized every word, every picture, every caption and every memory in the thick ledger.  The title, embossed in gold letters, read, Mohawk Hill Golf Club – History of the Cappuccino Cup – 1956 – Present.  It was a scrapbook of sorts, the official recorded history of the club’s most infamous event.  Every year was represented, tracing back to that very first match almost half a century before.  In the early years the pages contained little more than the recorded scores and the names of the participants.  Some years the actual scorecards were included, protected by clear, plastic coating to maintain their quality.  Over the years the record of play evolved to include pictures of the teams,  individual shots of players in action, newspaper clippings reporting on the event and the personal notes of past club presidents, secretaries and members.  The binder provided an invaluable history of a most unique event at a very unique club.

Carmine turned to the early years and read the account of the Roman’s first victory.  This triumph gave him great pride as his father had played very well and had contributed well to their tremendous win.  Flipping forward, he recalled that the Romans had not successfully defended the Cup in 1960 and lost again in 1961 and 1962.  A considerably longer record filled the pages for the 1963 Cappuccino Cup.  Pictures and scores and scorecards took up plenty of space but Carmine flipped past these items searching for the front page article from the Mohawk Messenger, the town’s local newspaper.  It was dated the Monday after the event but it contained very little news regarding the scores, matches or players.  Instead it focused on the chilling story of the cold-blooded murder of one of the club’s members, one Alfred Hoch.  Found early on that Sunday morning on the eighteenth green, Hoch had been shot in the back of his head.  The county sheriff had very few clues and no leads as to who may have committed the crime.  Infante knew the article by heart but he read it again anyhow.  Finished reading, he closed the binder gently and returned it to its place on the bookshelf.  Lighting another cigar, he let out a cloud of blue smoke from the corner of his mouth.  Looking out from his office window down towards the eighteenth green, he shook his big head in dismay.  Two murders on the same green forty years apart would certainly draw attention to the club.  He did not know everything about the two murders but he knew more than most.  No one could know all the details of the two deaths after so many years.  Or so he hoped.  Moments later, when the knock came at his office door, he was not surprised to see the Sheriff standing in the hall. 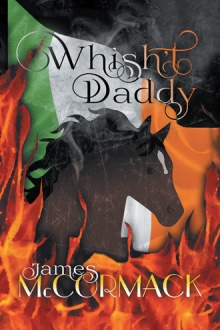 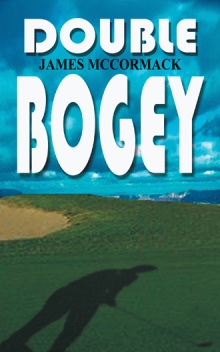 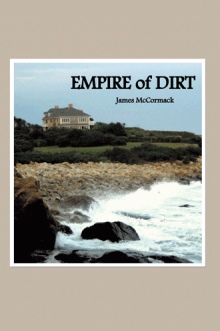 Every year at the upscale Mohawk HIlls Country Club, the members fight tooth and nail to win the club’s coveted Cappuccino Cup. This annual contest pits the club’s members of Italian ancestry against those of other heritages. The matches are always hard fought and at times bitter, but when a dead body turns up on the eighteenth green, the competition may have spun out of control. Sheriff Billy Hogan, a lawman more accustomed to traffic accidents and trespassers than homicide investigation, is confronted with a murder mystery eerily similar to one that took place on the same putting green forty years ago when his father was the Sheriff. Hogan’s investigation of the murder and subsequent killings lead him down a perilous path and brings him face to face with a shadowy and powerful adversary.

Vincent Falcone is the club’s wealthiest and most frightening figure and he stands much to lose if Hogan learns the truth. It is a truth that will force the Sheriff to confront much of his own family’s tragic past and reveal startling facts about one of the most dark and infamous moments in our country’s history. As Hogan and his band of deputies stumble and bumble their way through their investigation, Falcone and his dark forces threaten to destroy all that the Sheriff holds dear.

But the key to the case is held by a quiet and unexpected source, and as the events surrounding the Cappuccino Cup draw to a close, it is a dangerous and deadly chase along the back nine of life.

James McCormack, author of Double Bogey and Murder at the Cappucino Cup, lives in ’s with his wife and three daughters. He spends much of his time testing his skills on the golf courses of this beautiful region. An avid painter, writer and golfer, he enjoys the company of good friends and family, appreciates a well-told story, a humorous joke, a spectacular sunset, and well-aged Scotch. As Cappucino Cup goes to press he is working diligently on his next novel, a love story for the ages. Stay tuned!