A Photographic Tribute to Redcatchers of the 199th LIB 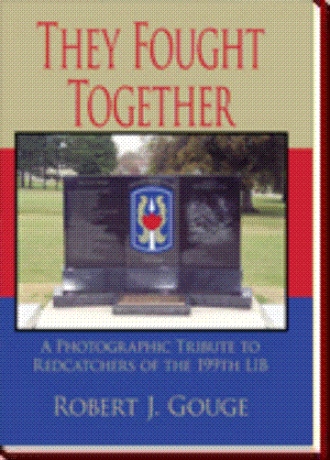 This book is a tribute to the best Infantry unit that served in and a humble dedication to the finest group of men that I will ever have the pleasure of knowing.  These individuals, when they were young, were American soldiers in the 199th Light Infantry Brigade and served in the from 1966-1970 with devotion, fortitude, honor and pride.

Unlike most from their generation, they went to when duty and country called.  They did their best in a strange land that was just as foreign to them as they were to it.  In the end, they formed a special brotherhood.  They fought for each other.

When their harrowing task was finished, they came back home and once again fit into the mold of civilian life where they have helped tremendously to shape the great nation that we now live in.  They are not boastful of their service and they do not brag about there past deeds, awards and exploits.  They don’t have to.  They’re past actions and deeds speak louder than words.

These men are now leaders and friends, retirees and employees, fathers, grandfathers and uncles.  And although they are getting older, wiser and grayer, they know how valuable and precious life is and also how fast it can be taken away.  They have passed the ultimate test of manhood, made life and death decisions and have seen the worst of human nature.  They have paid their dues.

All men and women that served in from the early 1950’s until 1975 are heroes, whether you think you are or not.  You are the embodiment of the noble and courageous, moral and true virtues that was founded upon.

In some ways, this work is a continuation of my first book on the 199th LIB, which was entitled, These Are My Credentials, as I have relied on some of the same veterans for information and pictures.

In other respects, this is a completely different book because it is a visual project instead of an oral history and utilizes nothing but photographs and images from 199th veterans and the Brigade’s 40th Public Information Detachment.

The pictures in this book deal with a few of the men that served with the Brigade in from 1968-1970.  These images are from their own albums and personal collections.  This is the first time that people other than their families have viewed them.

When I first started working on this project, I wanted to find images and photographs that encompassed all aspects of the 199th LIB in , from villages and firebases, to commanding officers, , Long Binh and .  However, I was severely limited to the number of pictures that I could use in this book.  Instead, I decided to compile a selection of photographs that honored the individual that served and their comrades.  After all, it is the person that counts, not the cities or geographical areas.

This book is by no means a  photographic or 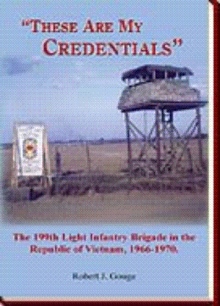 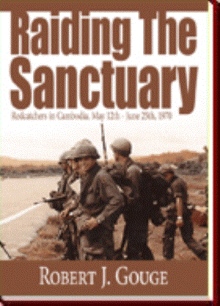 The Army designed the 199th Infantry Brigade to be a unique unit in . Being a self-contained brigade, soldiers serving with the 199th performed nearly every task associated with fighting a war.  They came from all walks of life and served with distinction.

Previously published works address the politics, campaigns, tactics and equipment of the Vietnam War.  They Fought Together directs the focus to the people of the 199th LIB.  The military provided the equipment, organization and tactics to accomplish the mission. But, the heart and soul of the unit resides within those that served with the 199th.

For those that served with the 199th, They Fought Together will prove to be a special treasure. It will trigger memories in military personnel serving in whether with the 199th or other units. For everyone with an interest in the Vietnam War, the book provides an insight into the lives, living conditions, and job functions of the soldier serving far from home.

Robert J. Gouge holds a bachelor’s degree in history and education from and teaches social studies and U.S. History at in .  This is his second book on the 199th LIB in .  Gouge lives with his wife, son and daughter in the mountains of western where he enjoys the outdoors and is an active member at .