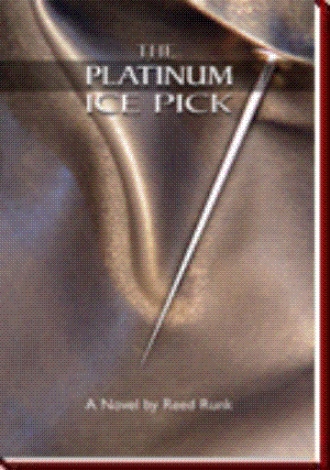 The slumped pile of camel hair was still lying outside the office when Lew walked from the backroom to assess the damage. Suddenly, he heard the squealing of tires as the Rolls Royce came roaring up the street. Lew jumped through the inner office doorway and began running down the hall toward the garage. He took cover by diving to the hallway floor when machine guns began firing. The guns continued blasting with varying degrees of intensity due to the magazine of one being changed while the other was active as to maintain constant fire power. Glass was breaking, wood was splintering and bullets were bouncing around as though they were falling from the ceilings. One 9mm slug came to rest within inches of Lew’s face. The mayhem persisted to an unconscionable amount of overkill. There was a momentary pause as Lew could hear the car pulling away. One final spray of bullets came crashing through both garage doors causing damage to Lew’s vehicles.

After standing, Lew looked himself over and found that he was not injured. He leaned against the wall and slid to the floor again. He stayed in a seated position for a moment thinking—pondering how many more close calls he might endure before his final trip to the morgue. He began hearing a police siren approaching. He was surprised the police were coming at all.

Lew climbed to his feet and looked into his garage. Both the windshield and the rear window had been shattered in his Barracuda. The had no windshield to start with, but the hood, which had been leaning against the back wall, had a hole the size of a .45 slug at near dead center.

Not realizing he was carrying the shotgun, Lew walked back to his office. Everything was lying in waste except for a .50 caliber magnum, semi-automatic pistol that was on the floor inside the door. He picked it up and carried it along with the shotgun to the garage where he stashed them behind some loose boards in the wall.

The police siren reached its peak noise level and went silent directly outside the office.

“Hello. Is anyone in there?” came a shout from the street.

With dust still heavy in the air, Lew came through the door facing the flashing lights of the police cruiser.

“You okay?” asked a police officer.

“I’m the only one here. I hope no one got hurt on the street or in any of the other buildings.”

“Someone got hurt. There’s a pool of blood here on this step.”

“Yeah, his finger’s layin’ around somewhere.” 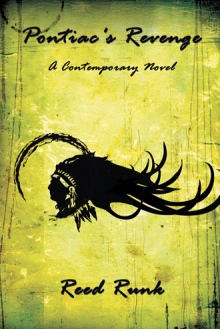 Specializing in divorce cases and industrial espionage, a private investigator, Lewis Symms, thought he would live a simple, peaceful life.  But, one of his first capers put him at odds with members of the city’s law enforcers, which affected his agency’s viability.  He was forced to freelance as a magazine photographer to subsidize his income.

One foggy October night, events caused the ghosts of his violent past to reemerge.  Soon, Lew is caught up in a world controlled by dirty cops and underworld mobsters.  His skills with the deadly arts, fast cars and fast women lead the reader through a wicked maze of deceit, cruelty and murder revealing new twists at every turn with high impact action and dialogue.

Reed Runk grew up on a farm in south central knowing hard work and intense play.  The summers of his college years were spent on a construction blasting crew and as a bridge steelworker.  Later, he was employed as a climbing tree trimmer.  He took time off to convalesce with injuries.  Taking advantage of down time, Runk started an alternative newspaper with a reporter friend.  This was the beginning of his life of self-employment.  During this time, he also entered into a partnership that founded a jewelry-manufacturing firm, and his vacations were spent on in during Mardi Gras.  The newspaper has long since been defunct, but the jewelry business has been his mainstay for more than thirty years.

Reed resides in and publishes, with a friend, a newsletter for artifact collectors and those interested in the history of Eastern Native Americans.

The Platinum Ice Pick is Reed Runk’s first novel, but he has another one in the works with more planned.