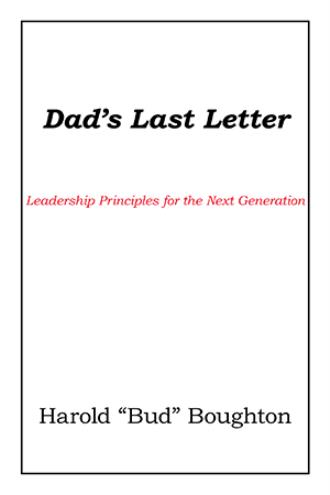 Max closed the folder and looked out the window, still avoiding eye contact with his friend. Finally, he turned and fidgeting with a pen, he looked William in the eye and his lips curled into a half smile.

“William, you are a dear friend of mine and this is one of the most difficult things I have ever had to do in my medical career. I know we had scheduled an appointment for next week, but I called you today and demanded that you come here tonight for a reason, a reason that can’t wait.  That is why we are sitting here at .” He had cast a quick glance at the clock on the wall.

He continued. “You are a very, very sick man. In fact, I am amazed that you have carried on in your life as well as you have over the past several weeks in light of your condition.  William, you are in the advanced stages of pancreatic cancer. You are dying and there is nothing I can do for you. I am so very sorry.”

William’s mouth went dry. He suddenly felt an intense burning pain in his stomach, and he leaned forward dropping his head into his hands. Max’s silence left the room empty, all but the ticking sound of the clock on the wall. William didn’t know what to say or what to think. He didn’t even know how to feel. He sat in stunned silence thinking, Could this really be happening to me?

He swallowed as best he could. It was as though every ounce of fluid in his body had gone somewhere other than his mouth. His tongue felt sticky as he attempted to lick his parched lips. Calmly and deliberately, he managed to get the words out, “What did you just say?”

Max was direct with his reply. “You heard me, William. You are terminally ill. You are dying.”

William sat in stunned disbelief.  He didn’t want to accept the news at first.  He was incredulous.  When he had met with Max a month ago, Max had been so upbeat and lighthearted. He had given William new confidence that everything was going to be just fine.  He said they’d do the tests, figure out what was going on, and take care of things.  William was convinced he had nothing more than some sort of gastro-intestinal, viral problem that was creating his persistent nausea and loss of appetite. Surely Max would figure it out.

As William lifted his head from his hands and his eyes met Max’s, he asked the only logical question he could think to ask. “How long?”

Max let out a deep sigh. His eyes drifted to his hands, his fingers nervously rolling the pen on the maroon desk blotter.  He took off his glasses and rubbed his eyes. Twitching and squirming in his leather desk chair, he was clearly uncomfortable with the question. He said nothing and blankly stared out the window.

Losing patience and with growing anger in his voice, William asked again, “Well, Max, damn you, how long have I got?”

Max put the pen down.  He swallowed hard and suddenly leaned forward looking deep into William’s eyes. “William, this is even more the reason why I am struggling so. This is why I had to see you tonight.”

William exploded, “Damn you, Max, don’t screw around with me like this! You’re not making this very easy. You’re confusing the hell out of me! What is so special about tonight? I mean if I am a dying man and there is nothing you can do for me, why the hell was it so important for me to meet with you tonight?”

A man’s life changes. In the midst of his adult life, he is unexpectedly forced to contemplate his mortality. As he learns of his terminal illness, he gets an even more telling prognosis-one that no one else has ever gotten. Now, more than ever, he wants to make sure that his life will have counted for something. As the dying father realizes, even a single parent estranged from his two sons has a leadership role to play in leading his own life.

Dad’s Last Letter is an inspirational story about a fatherly love, principles of leadership and the Christian faith.

Harold “Bud” Boughton is a husband, father, former college athlete, coach, and senior executive who currently resides in a suburb of . A noted author and thought leader, his comments and opinions have appeared on the pages of FORTUNE magazine, INC. magazine, Sales and Marketing Management, etc. A highly versatile individual, Bud is an inspiring motivational speaker that has done everything from story-telling sessions at elementary schools to guest lectures on various university campuses. He has also been a featured presenter and keynote speaker at various business forums and technology conferences.