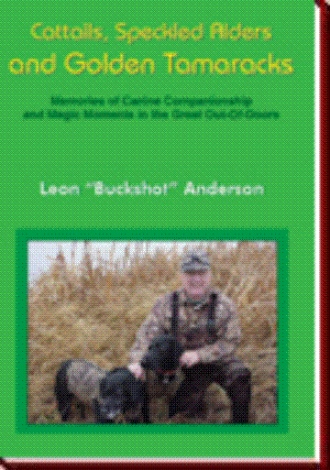 My friend Eddie started life at a big disadvantage.  That is if being able to easily enjoy numerous outdoor activities is the yardstick we are using for measurement.  But fortunately for my buddy, eventually he was able to move to another locale that allowed him to “make up for lost time”.

The Prolog to this collection of tales introduced you to Eddie.  Not that I’m looking for any gold stars for doing so, but I helped introduce him to the wonderful world of duck hunting, and guided him to his first buck.

Over the nearly sixty years we have known each other we’ve chased just about everything that has fins, fur or feathers.  But he, like me, puts duck hunting at the top of his list of favorite outdoor adventures.

For a number of years before Eddie moved from to LaCrosse, Wisconsin, he made an annual pilgrimage to to hunt waterfowl with his friend.  Generally his trip occurred in early to mid November when the divers were southbound.

On this particular hunt we shared an experience that Eddie somehow still finds highly amusing, even though it took place about thirty duck seasons ago.  And when Eddie and I are together he somehow always finds someone to tell the tale to, just to watch me squirm.

Hell, what are friends for anyway?

We were sure we’d have a good day when our canoe hit the thin layer of ice once we left the channel that flows between Upper and .  But then, we weren’t surprised, as the mercury in the thermometer at my house, which was nailed to an old red pine, was nestled well into the low teens.

As we paddled into a brisk northwest breeze it sent small jets of spray into our overloaded craft, which froze immediately upon anything it came in contact with.  What a wonderful duck hunting morning it was going to be!

Twenty minutes of bucking a quartering wind created a bit of sweat on our bodies, which at the time felt pretty nice.  We’d pay for that later.  Our blind was on a tiny rocky outcropping, which somehow supported a fairly dense grove of speckled alders and marsh grass.  My blind was badly in need of repair. While I waded out on the gravel bar which stretched southward from our island, and positioned our three dozen bluebill decoys, Eddie made repairs to what just two weeks earlier had been a really nice blind.

Finishing with the decoy duty, I dragged my canoe into the alders, tipped it over, and scattered a few gobs of grass and dried weeds over its bottom to break up the outline.  Then we settled in to wait for legal shooting time.

Behind our small outcropping of granite boulders and gravel was a fifteen-acre bay filled with wild rice.  Hopefully, some northern migrants would decide to stop here for breakfast, spot our fakes, and fly by for a look, or set down for a visit.  Duke sat out in front of our blind and panted.  Eddie and I poured some hot coffee into our ice-cold thermos cups and gulped it down while there was still some warmth in the liquid.  We still had nearly a half-hour to wait.

The wind continued to pick up as daylight slowly fought with the darkness of night.  As usual, the first early blush of pink along the eastern horizon gradually turned to orange, then yellow, as Old Sol began winning a battle that had been going on for probably several million years.

Our wait was not without encouragement, as we heard a whistle of wings in the gloom above us, causing our pulse rates to increase and goose bumps to pop up on various parts of our anatomy.  We drank a second cup of coffee and devoured several chocolate chip cookies.  And finally it was time!

“Cattails, Speckled Alders and Golden Tamaracks” contains twenty true short stories, which highlight memorable outings the author has experienced over the past six decades. Using the out-of-doors as a setting, these tales will immerse the reader in numerous remote, pristine places spanning much of the North American Continent.

The staring roles are shared by the author’s numerous outdoor friends, canine companions, and co-stars many of Ma Nature’s creatures.

The bonding that occurs between master and dog is a central theme that is interwoven throughout the tales, as well as the way our human values concerning man’s relationship with nature changes as our aging process advances.

The author’s deep love and concern for the world’s wild places is subtlety laced throughout the stories by “Buckshot”, the Master Story Teller of the Northwood’s”!

“Buckshot” has spent the better part of six decades living in and being a part of the great out of doors. He began guiding fisherpersons when he was fourteen, and achieved such a degree of professionalism as an outdoorsman, he was honored by being inducted into the National Freshwater Fishing Hall of Fame as a “Legendary Guide” in 2001

Writing has been one of his passions since boyhood and many of his stories and tales have been published in numerous outdoor publications and newspapers. Besides “Cattails, Speckled Alders and Golden Tamaracks”, he has authored three additional books “Last of a Dying Breed”, “Growing Up Isn’t All Fishing and Hunting”, and “Evil, Veiled by Darkness”.