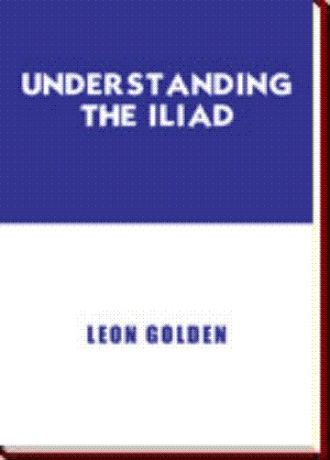 Our argument has shown that recognition for Achilles is a much more subtle psychological enterprise than Oedipus''s identification of himself as the killer of Laius, his real father, and the son and husband of Jocasta, his real mother. With the death of Patroclus and its aftermath, Achilles comes to recognize important facts about himself, beginning with an understanding of the true insignificance and folly of his blind rage against Agamemnon and the Achaian army and his uncontrollable wrath against the Trojans and, especially, Hector, the killer of Patroclus. He learns the bitter lesson that his brutal slaughter and desecration of the body of Hector offers neither satisfaction nor solace for his anger and grief, and he perceives how unsatisfactory and futile has been his narcissistic commitment, insensitive, grandiose, and murderous, to vengeance as a motivating force in his life. With the death of Patroclus, as we have seen, Achilles is left alone and isolated from significant human contacts. We have argued that, recognizing his profound isolation, Achilles instituted the funeral games for Patroclus in book 23, which provided him once again access to the community of the Achaian army. These recognitions are important acknowledgments of the reality of the human condition which his narcissistic impulses had previously banned from his understanding. The most significant and transforming discovery that Achilles makes, however, relates to his new understanding of the redemptive power of a richly humane brand of heroism that transcends the expression of that virtue in the limited context provided by war. It is Priam who teaches Achilles this lesson in book 24 through his courageous humility in appearing before him and his willingness, in order to honor Hector, to kiss the hands of the man who has slaughtered so many of his sons. In Priam he sees an image of his own father, old and vulnerable, from whom he is separated and unable to assist because of the war in . Since the death of Patroclus, Achilles has known that suffering is not only what he inflicts on others, but also what he is helpless to deflect from himself. But Priam teaches Achilles by example that suffering can be elevated from the hopeless futility that has devastated him in his tormented, narcissistic state into a meaningful and redemptive experience. Again the insights of Bennett Simon are relevant:13

Thus we see how Homer has elaborated a complex picture of what is needed to resolve the turmoil and sorrow of the human heart. Action alone does not suffice; discharge of emotions is not enough. The acceptance of a common humanity and common mortality begins to achieve some therapeutic effect. At first it only allows Priam and Achilles to mourn at the same time, separately, each for his own sorrows. But the realization that each can empathize with the other brings them closer and allows for something more than pity to surface. Finally, both the disease called "the wrath of Achilles" and the implacable grief of Priam are brought to some resolution by a profound realization that not only can each be in the other''s place but that each has within him parts of all others: man and woman, mother and father, parent and child, sister and brother, friend and foe, beast and human. (italics mine)

Catharsis as intellectual clarification is at work as forcefully in the Iliad as it is in the Oedipus Rex. The primary goal of the Iliad is not to evoke and purge emotion but to penetrate deeply into the nature and source of powerful, destructive emotions and trace for us the way in which those emotions achieve transformation through encounters with bitter experience, as well as with paradigmatic examples of humane heroism. We grasp the totality of the immense achievement of the Iliad only when we understand how and why the Achilles who was willing to see the entire Achaian army destroyed, who would have been pleased if all the Achaians and Trojans would have perished from the face of the earth, and who, in pursuit of vengeance, brutally massacred his enemies, becomes in the end the Achilles who is capable of conferring mercy and dignity on those who had been the objects of his fierce hatred. Intellectual insight has calmed and transformed the emotions of Achilles and so, too, if emotions are evoked and purged in readers and spectators of the Iliad or the Oedipus Rex, it is only because the work of art, itself, has guided us to a profound intellectual comprehension of the source, nature, and effect of those emotions.

In the Iliad, we do find the experience of oppressive pathos which alienated Plato from the genre of tragedy but we also find the model for the kind of heroic tragedy, the tragedy of pity and fear, which Sophocles''s 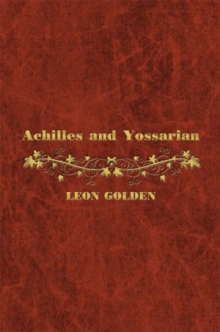 Although the Iliad has a history dating back more than three thousand years, it remains a riveting and insightful study of universal themes relating to the human condition. This study focuses on three interconnecting subjects: the relationship of human beings to the external forces—the gods—which are operative in the universe; the concept of heroism in war and beyond war which fulfills the human aspiration for meaning in existence; and the process of emotional, intellectual, and psychological evolution by which the poem’s hero, Achilles, evolves from a state of narcissistic indifference to the fate of other human beings to the capacity to demonstrate compassion to those who have been his most hated enemies.

Throughout his academic career, Professor Golden has focused his teaching and research interests on Greek tragedy, Homer, and classical literary criticism, and has published a number of articles and books in these areas. One of his principal interests has been in demonstrating that Aristotle’s famous doctrine of catharsis—traditionally understood as a form of purgation of troubling emotions—should actually be understood as the process of intellectual clarification of the cause, nature, and effect of those emotions. In his analysis of the Iliad, he applies this doctrine of catharsis to Homer’s great epic poem. Until his recent retirement, Professor Golden was professor of classics and director of the Program in Humanities at Florida State University.