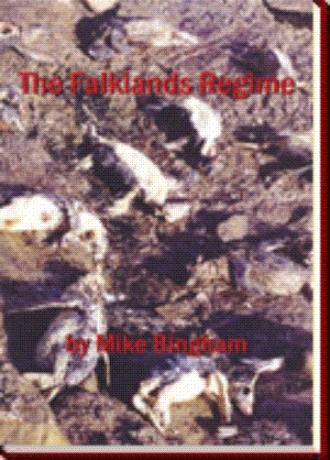 On the international arena the Falkland Islands Government were exposed and humiliated. Despite attempts by the British and governments to prevent the British press running the story, the story did hit the headlines, from to . The was exposed as an outpost of political greed and corruption, where politicians lined their pockets with money from commercial fishing, whilst penguins starved. Gone was the pedestal of moral superiority from which the had looked down on their South American neighbours for so many years. It had now been officially declared by the Supreme Court that the Falkland Islands Government were corrupt, committing human rights violations in an attempt to cover up the damage which commercial fishing was causing to penguin populations.

Because I had won my case, the Supreme Court had ordered the Falkland Islands Government to pay all my legal fees, on top of their own legal fees and court costs. In all the Supreme Court hearing cost the tax-payers over £65,000 (US$100,000). I did not have to pay a single penny.

I was flooded by letters of support. The newspapers carried letters of support from members of the public, but that was nothing to the flood of emails and letters I received from people all over the world congratulating me on my defence of penguins, and my stand against human rights violations in the . I was offered money for my story from journalists, and sent money to continue saving penguins. I was also included in the highly prestigious publication “Who’s Who”, in recognition of my work to save penguins in the .

Despite this, Councillor Mike Summers had made it quite clear at the Public Meeting that the Falklands Regime was not going to let ‘some judge’ alter their plans to stop my work in the , one way or another. Such arrogance and contempt towards the Chief Justice and the Supreme Court left me in no doubt that to return to the would put me at great personal risk. The people exposed for corruption wanted revenge, and since the Supreme Court ruling had not stopped them, it was hard to imagine what would. Sooner or later my luck was bound to run out, and they would succeed in framing me for something serious in such a way that I would not be able to prove my innocence.

By contrast the British, Chilean and Argentine governments were all supporting me to monitor and protect penguins in and . Indeed the British government had offered me over £30,000 (US$45,000) to set up a long-term penguin monitoring programme in . Faced with eventual imprisonment at the hands of corrupt government officials in the , or working with the support of three governments in , the choice was easy.

By now I was weary of looking over my shoulder, of continually checking my house in search of false evidence that the police might have planted, of being unable to start a family for fear of the harassment they would suffer for my beliefs. Working in and was such a joy. Both countries held a genuine concern for the protection of wildlife, not a desire to set up a phoney front to give the impression of doing something, as was happening in the . This was evident from the responses to outside monitoring.

Whilst the Falklands Regime tried to frame, deport and even threaten to kill anybody who conducted independent research into their handling of the environment, the governments of and openly welcomed independent scrutiny. Their conservation efforts were genuine. They had nothing to hide, and hoped to benefit from outside scrutiny that could improve the work they were doing. 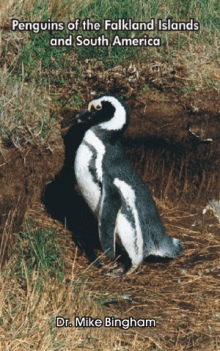 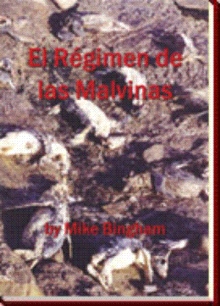 This true story tells how twenty years after British troops died for democracy in the Falklands War, a British citizen would be forced to flee the to escape political corruption and death threats, to seek democracy and freedom of speech in .

When a British biologist dared to connect the starvation of 5 million penguins to commercial fishing that was making the Falklands elite rich, a deadly game of cat and mouse was unleashed. Bungled attempts to deport, imprison and kill Bingham, landed the Falkland Islands Government in the Supreme Court, which ruled that the Governor, Attorney General, Chief Executive and Executive Council had committed acts of human rights abuse that were “morally and constitutionally indefensible”.

When the Falklands Government stated in public that they were not going to be stopped by the Supreme Court ruling, Bingham was forced to seek safety in Argentina. It is good to know that British troops did not die in vain.

Mike Bingham has worked for the United States Government, British Government, Chilean Government and Argentine Government helping to preserve endangered wildlife. In 1993 Bingham was appointed Conservation Officer for the , embroiling him in a savage struggle with greedy government officials, who would stop at nothing to protect financial interests in commercial fishing and oil exploration.

When Bingham’s penguin research revealed massive population declines resulting from over-fishing, he was offered a large pay rise to cover up his findings. When he refused, he was kicked out as Conservation Officer, and forced to continue his research with his own savings. But Bingham’s work was of such high standard that it attracted the financial backing of the British, Chilean and Argentine governments, and the ’ first independent conservation organisation was born.

When oil exploration began in the , Mike Bingham led a protest against the hundreds of penguins that were dying from oil pollution. Government officials decided that Bingham posed a threat to their future wealth, and began a hideous campaign to remove him.

Discovering firearms planted under his bed just prior to a police raid, was the first of many lucky escapes for Bingham, as various attempts to frame, deport, and kill him failed. When this corruption was eventually exposed in the world press, Bingham found his family the target of a vicious retaliation that forced them to flee the . Bingham took the Falkland Islands Government to the Supreme Court, which ruled that the Governor, Attorney General, Chief Executive and Executive Council had committed acts of human rights abuse that were “morally and constitutionally indefensible”.

Struggling against a backdrop of personal tragedy and illness, Bingham brought the starvation of 5 million penguins, high-level government corruption, and the abuse of human rights, to the attention of the outside world, but at considerable personal cost. When the Falkland Islands Government announced to the public that they were not going to be stopped by the Supreme Court ruling, Bingham was forced to seek safety in .

It is ironic that twenty years after British troops died for democracy in the Falklands War, a British citizen would be forced to flee the to escape political corruption and death threats, to seek democracy and freedom of speech in .