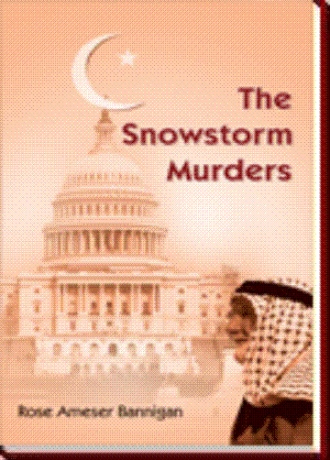 “Then, adios, compadres.  We shall meet here again next month, if necessary.”  Antonio strode away, delighted that he would not be late for his luncheon engagement.  “He never tells us anything about the other phase of the operation,” Aliano said pouting, as soon as the Big Man had disappeared.  “Where he buys the drugs and how he gets them into the States or anything about his distribution network.  We’re limited to getting money out of the country into safe havens.”  Doesn’t he trust us, Aliano asked himself.

“He does this to protect us,” Guillermo volunteered.  “If we don’t know anything, we can’t be pressed for information.  And I agree with him and his concern for his business brothers.”  Guillermo didn’t really feel this way, but felt discretion the better part of valor.

“Perhaps to some extent,” Aliano interjected.  “However, several reporters have been trying to piece together the whole operation.  How can we protect ourselves if we don’t know about threats that might arise from penetration of the earlier activities?”  Aliano smarted at being cut out of the details which implied second-class status.

“I agree, Aliano, but am glad you have set up a security operation to avoid such penetration.”   Salim, the banker, smiled knowing that Aliano’s security organization was superb.  He had been trained by the Israeli Mossad.

“I assume you’ll keep us informed of any trouble?” Guillermo asked, in his clipped Spanish accent.  Aliano assured them he would.

Guillermo then rose and bowed slightly to the others.  They arose, too, shook hands and went their separate ways.

But Aliano had no intention of keeping his colleagues informed of his activities and the difficulties he had encountered.  Only Salim knew since he handled the money.  Aliano agreed with Antonio that it was necessary to keep details of the cartel separate, but was angry that Antonio considered him among the lowly minions trusted to know only a small part of the overall operation.  If only Antonio and the others knew of his and Salim’s  plan.   He smiled at the thought.

He looked at his watch and realized he had to leave this paradise post haste.   A problem had arisen in , which needed immediate attention.  But the major snowstorm raging there would make it difficult for him to carry out the action himself.  For the first time, Aliano would have to rely on one of his people to do it.  In addition, he would have to issue orders through communications that might be traced or recorded, something he tried to avoid.

But first, he had to spend at least fifteen minutes alone with Salim to plan further their own vendetta against the .  He would revenge himself against the Great Satan for their merciless killing during the Gulf War five years earlier in which he lost his wife, children and parents.  Salim hated the States, too, for its hypocritical indignation against drug traffickers while so many of its politicians and law enforcement officials were benefiting from the trade.  Being a banker, he knew of their secret bank accounts.  Allah understood what they had to do to bring the to its knees, begging for mercy.  Allah would bless this personal Jihad!

What no one in the group noticed was a young waiter standing nearby on the  beach, secretly taping their meeting, and holding a small camera under a napkin draped over his arm.

The waiter waited until the group had left before he returned to the hotel, discarded his waiter’s clothes and emerged as a typical American tourist.

He, his tape and film soon were on a plane to New York. 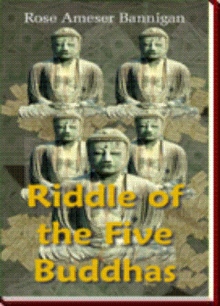 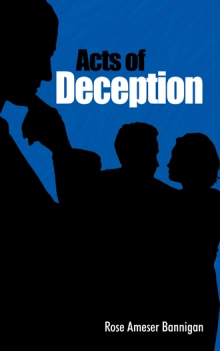 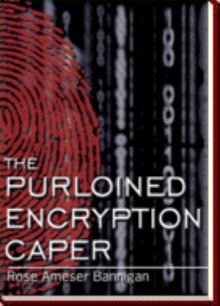 Arab terrorists plot to assassinate the nation’s lawmakers in the Capitol Building, financing the operation by laundering drug money. First, they must eliminate an FBI informant threatening to expose their plans. A major snowstorm cripples Washington. LIZ RIDER, a local fund-raiser and divorcee, throws a dinner party for her Georgetown neighbors to relieve boredom. At the party’s end, a murdered woman’s body is found. It turns out to be the terrorists’ target. LIZ becomes involved with DC homicide police, FBI and CIA in an attempt to uncover the terrorists’ plans to seek revenge and punish the United States for its role in Desert Storm. Kidnappings and more murders occur in LIZ’s neighborhood and reveal a web of intrigue and deception.

Rose Bannigan worked for the CIA in both and and for The Asia Foundation in and .  Subsequently she joined the National Academy of Sciences’ international office which involved programs with and travel to the , and .  For several years, she managed programs in and involving technical and administrative development.

With this first novel, she tops a career involving considerable reportorial and analytical writing.

A native of , Rose Bannigan lives in , with her husband, John, a lecturer and writer.  They still travel abroad and spend time at their homes on the Outer Banks of North Carolina and in .