The Age Of Manifest Destiny 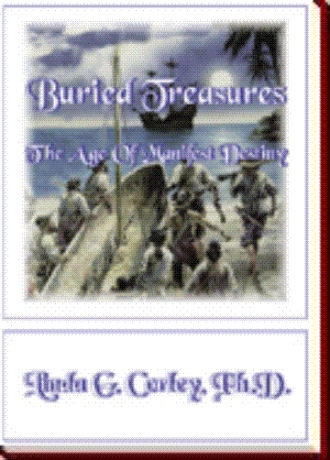 On , Jean returned to Saint Domingue and reported to his brothers all that he had learned about the waterways in south .  He had a vision of how it would be and he worked through the necessary steps in order to make his vision a reality.  He even went so far as to change his name.  The "You" family name was a well respected name in .  Jean did not want to bring shame on his family and felt by taking a new surname, he would in a sense, become invisible.

I have heard of your imprisonment and hope you receive this letter.  I will continue to write you of the news.  Take heart, and know that you will find a way out.  I have made arrangements for some of my men to look after your wife Blanche and your daughter and sons.  Have no fear, for they will be cared for properly, even if I have to do so myself.  ~ I have kept a low profile and have gone unnoticed for several years.  I am living on  Grand Terre near and enjoy the life here. There are few inhabitants of the area and most are fishermen and farmers.  Barataria, with its three islands - Grand Terre, Grand Isle and Cheniere Caminada - is literally a fortress.  No ship can pass into or out of the without having to squeeze past this trio of islands. Out toward the awesome I imagine my guns aimed, oiled, packed and ready to literally sink any interference from the waters.  I have decided that this will be my new home.  ~  Recently, I returned to Saint Domingue and on ,  I reported back to my brothers what I have learned about the intricate waterways of the Gulf and the .  I also informed them that I had found a new home and desire for them to join me.  is sailing out of Cap Francois and in command of the ship "Dorada."  Dominique continues fighting in the revolution with Leclerc in .  However, I have requested that when they come to Barataria they would take on a different surname, in order to safeguard our distinguished ancestors’ integrity.  I have traveled through the town of on many occasions and very much like the name as well as the people.  I told my brothers that if they would carry the name of Lafitte, it would bring them good luck.  had no objections.  However, half brother Alexandré Frederic, called Dominique, has refused.  So, my dear André, in February of this year, and myself have become the "Lafitte brothers" and with Dominique You joining us later, we have migrated to the .  This will be the beginning of our life as Privateers in .  Yes, Privateers!  As you know, I hate the name "Pirate."   ~ I  explained to my Italian friends Louis Chighizola (Nez Coupe) and Vincente Gambie that they would be doomed if they remained on Saint Domingue as with slavery gone, there would be no slave trade and that would mean no profitable business for them.  I encouraged the men to follow me to .  Louis was fond of the idea but did not want to leave the island until a love interest, a 14 year old girl named Genevieva Enchar had agreed to marry him.  Vincente decided to stay and wait for Louis and they will travel together to next year.   Dominique You is commanding privateers operating out of and will join me here in Barataria as soon as possible.  My parents remain in and refuse to leave.  Dominique will keep an eye on them for me.

is a story that begins with the expansion of Spanish power and the invasion of Hispaniola in 1492 - and on through the occupation of North America, South America, Central America, Mexico, and Cuba by the Republic of Spain who wanted power and would use any means to obtain it, in order to rule the world. Then, on a smaller scale at the beginning of the 19th century, the new Americans believed that it was their destiny to spread its borders to include the Atlantic and the Pacific Oceans in their quest for Manifest Destiny. All believing that their social worth was superior.

The story then takes us through the Hatian Revolution, the Louisiana Purchase, the Battle of New Orleans, the rescue of Napoleon from St. Helena, and finally to the burial of the privateer Jean Lafitte. However, that is not the end of our story. Lafitte’s legacy lived on, in his beautiful young daughter, Angelique.

The author has worked in the field of Human Services, mostly as a mental health Counselor and Program Director, for 30 years. She holds a B.A. in Psychology with graduate work in Psychological Counseling from Nicholls State University and a PhD in Human Services from Walden University. The author avidly studies genealogy to learn more about her family history and to enhance the authenticity of her fiction.

In 1999, the author retired and opened a Bed & Breakfast. Recently, she has opened a small Academic Tutoring Center, offering instruction to students from Kindergarten to 12th grade. Self employment has allowed her the needed time to write and there are several other books in this series, coming soon.