by Memoirs by Job Kitchin Savage 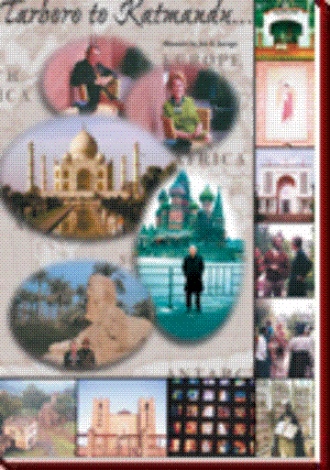 Events Before I Began School

I was born on my father’s farm one cold morning in November; to be exact it was . The farm was located two miles north of the , N.C., on the road to the town of . The nearest town of any size was Tarboro (population 7,500 at the time), and the county seat of Edgecombe. Tarboro is about nine miles from where I was born: (Moreabout Tarboro later.)

In those days most children were not born in a hospital or attended by a physician. The birthing procedure was taken care of by a midwife from the neighborhood that might or might not have some professional training in performing births. More than likely, the midwife’s mother, another relative, or some other person in the neighborhood who would have trained her.

In my case, as I was told later, I was attended by Aunt Della, a black woman who was the best midwife in the community. She did her job well and when Dr. Harrel showed up shortly after I came into the world, he determined that all was well. More than likely, my father would have used the hand-cranked telephone in our home to notify him of my impending birth and he would have driven out in his horse and buggy from Tarboro. He would probably have stopped by his other patients in the area to check on them before returning to Tarboro. He was our physician for many years. It is my recollection that in later years he became despondent over his health and committed suicide by drowning in the .

At the time of my birth, my father and mother were living on my grandfather’s farm and tending it as well as looking after him. He was in his late seventies or early eighties at the time. My grandmother was no longer living, having died about four years previously. Due to my grandfather’s health my father, a few years prior to his marriage, had to return home from , P.A., where he was employed in a locomotive plant as a machinist. My mother had been a schoolteacher in the Tarboro Public School System. I do not know how old I was before I can recall events in my life, but I must have been at least three years of age. I don’t remember how long my father looked after my grandfather’s farm, but it was of short duration. He then opened a garage in Hobgood and, after my grandfather died in 1917, we moved to Hobgood in a house located next to the garage. In a few months my father closed the garage and took a job operating an oil mill. At that time we also moved to a home located on the edge of Hobgood close to the oil mill.

Two events that took place while we lived in Hobgood stand out in my memory. The first is the terrible flu epidemic of 1918 that resulted in the deaths of over 20 people in this very small town of approximately 300 to 400 people.

Agnes and our two oldest nephews,

Spencer Wommack and Arman Waters in

1945. One of four pecan trees planted

still standing, but in bad condition.

Hobgood. The occupants of the plane were not hurt, but the plane was badly damaged when it collided with a gatepost to the pasture. The plane was out of the Norfolk Naval Base, and the military authorities decided to have the wings taken off and hauled with the rest of the plane to Hobgood and to move it from there by train to . My father was hired to do this job. All of this was most exciting to me, as I had never seen a plane close up and under such circumstances.

I was very proud of my father. One historical note: the Shelton Farm belonged to the grandfather of General Hugh Shelton, former Chief of Staff of the Armed Services. He was born years later on that same farm.

I believe that my grandfather’s death occurred just prior to our move to Hobgood. My recollection of his death is limited to one remembrance of him in his bedroom. I have no memory of his illness, death, or burial. He was born 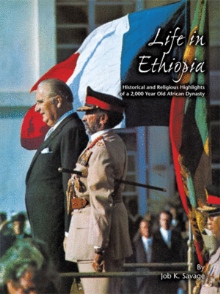 Tarboro to , an autobiography of Job Kitchin Savage’s unusual life of 90 years. He talks about the interesting aspects of life in hometown Tarboro - education, athletics, social and economic conditions during the Great Depression and how these factors shaped his life. He tells of marriage to his lovely/smart college sweet heart, of four years in the army during WW II, seven years of college under the GI Bill to earn a PhD, employment with the US Department of Agriculture in followed by 20 years of work overseas in 53 countries as an Agricultural Development Consultant. His writing style is conversational. Pictures through out illustrate his unusual and colorful life. A good read.

Born on his father’s farm .

Began school in a two room country school. Was 8 when his mother died. Went to live with his mother’s sister in .

Finished high school at in .

Earned B. S. and M.S. degrees from North Carolina State College and a PhD from in Agricultural Economics.

Employed by US Department of Agriculture in . Retired in February 1972. Worked next 20 years as an agricultural development consultant in 53 countries overseas. Served four years in WW II as an Anti Aircraft Officer and retired from National Guard in 1965 with rank of Lieutenant Colonel.

Has avid interest in National Politics, and is knowledgeable.