When God Speaks Through A Silent Child 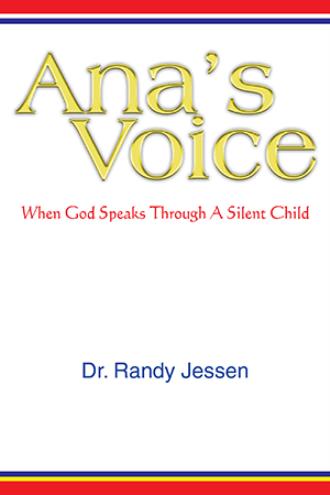 The year 1989 was filled with joy and turmoil.  It was the year our daughter Ana was born.  She came into a world of turmoil and pain on March 8, 1989.  Although her birth parents lived about 15 kilometers to the north, they were visiting friends in the gypsy section of Arad known as Kekecs.  There they were in eastern Europe, in a poverty-stricken neighborhood in Arad, Romania.   A tiny one-room house with a dirt floor and no water, in the city of Arad, western Romania, became her birthplace.

Ana Sue Jessen started her life as the ninth child born to a poor gypsy family on the outskirts of town.  Ana and Ovidiu Cionca brought her into a world that was about to turn upside down.

Nicolae Ceausescu had been the communist dictator of Romania since 1965.  By the mid-1980s, the economy had been drained by Ceausescu’s demented desire to build grand monuments to identify himself as a world-class leader.  While people were standing in line for hours to feed their families, he was selling off the resources of the country to build a huge palace in downtown Bucharest.  His Bucharest palace was still under construction at the time of his death.   While people were starving, he had nearly 700 architects designing his 900-room palace on Unirii Boulevard.  The ostentatious splendor of Ceausescu’s demented design was only rumored until the people discovered his excesses after the revolution of December 1989.  The “Palace of Parliament,” as it is now known, is the second-largest building in the world.  It is second only to the Pentagon in Washington, DC.

Ceausescu destroyed the spirit of the people through his waste of national resources and his single-minded destruction of the economy to satisfy his need for recognition.  He infiltrated the entire social structure with his private secret police and controlled every move of every person, from the aristocrats to the peasant farmers.

For years, Ceausescu had been one of the most paranoid Communist leaders.  He was frightened that someone would poison him or try to overthrow him.  The former head of Romanian Intelligence reported that Ceausescu had warehouses of new clothing placed all around the country.  His fear of being poisoned forced him to demand a completely new set of clothing for each new day.  Every pair of shoes, every suit, and every pair of socks were marked for destruction after he wore them once.  Even so, in 1989 he seemed oblivious to the political upheaval that surrounded his country.

The 12-foot tall, 103-mile-long Berlin wall started to come down on November 9, 1989.  It stood for 28 years as a symbol of oppression and the division between east and west.  At the same time, the former Soviet Union was being crushed under the weight of a failed communist economy.  One communist leader after another began to fall.  But Ceausescu’s mind was focused on meeting his own lavish needs.  He was not able to learn from the political upheaval that surrounded him.  It proved to be a fatal error.  1989

Ana was abandoned into the Romanian orphanage system as an infant.  Her life was dramaticly impacted by an injection of  blood that was contaminated with HIV.  Ana's Voice is the inspirational story of her rescue and the power of faith.  Her life story is interwoven with personal experience, Romanian history, and poetry that was inspired by her life.  This is the story of how one silent and forgotten child can change the world.

Dr. Randy Jessen is married to Sue Jessen and the adoptive father of Ana Sue Jessen.  Randy is a United Methodist pastor from Colorado with a passion for mission ministry.  His early work with abandoned children in western Romania has resulted in the founding two Christian orgnizations that focus on abandoned children.  One of those orgnizations, Global Hope (www.globalhope.org)  provides a lifetime family for abandoned children through group homes in Arad, Romania.  The newest launch is StarStone International (www.starstone.org)  that designed to create diagnostic and treatment clinics for HIV positive childern in Bucharest, Romania.  He is also the author of HIV/AIDS And Your Church.

Randy serves as the Senior Pastor at First United Methodist Church (www.fumc-cs.org) in downtown Colorado Springs.  He is active with HIV/AIDS ministries and a member of the Board of Trustees for Asbury Theological Seminary.