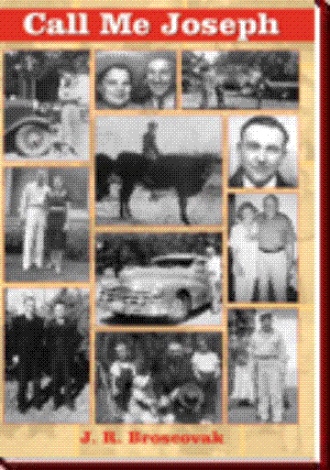 Besides startin’ a depression, we didn’t know we were gittin’ into seven long years ‘a turrible drought. There was no rain, and there wasn’t gonna’ be any. The winds went from bad to worse. We worked harder and danced faster.

When Chet got back from his rest in the clinker, we went out to celebrate. We drove his Model A touring car over to a dance in Burlington. Drivin’ home that night, we were feelin’ no pain, but we weren’t causin’ any trouble for no one, just mindin’ our own business. A truck come up behind us, and I guess we were goin’ too slow for his taste ‘cause he went around us, takin’ way more’n his half ‘a the road. It was gittin’ real crowded. “Look out!” I yelled at Chet. “He’s gonna ram us!” Then, bam! The truck pushed us up against the posts along the edge. We slammed against one, ka-bam! Then, anothern’ and anothern’, ka-bam, ka-bam! There was nowhere to go. He had us pinned against ‘em and we kept on scrapin’ posts ‘til he finally cut loose. I don’t think he ever looked back.

“Better pull ‘er over,” I said to Chet. We set there in the dust cloud, hearin’ an echo that sounded like someone beatin’ on a tin pan. We had to pound on the doors to git out. Chet looked at the car, then at me, and then back at the car. It sure was funny lookin’. Damned if every fender on both sides wasn’t ripped right off! Chet pointed his finger at me. “Now, don’t you laugh! Hear me, Joesy? I mean it!” Well, that’s all it took. It musta been that giggle water we drank back in Burlington, ‘cause I started, then we both stood there in the road hootin’ and hollerin’ ‘til I thought my sides were gonna split open. After we calmed down, we climbed back in what was left ‘a the car and drove ‘er home. There wasn’t much more to say.

My brother wanted me to go to town with him one day to look for a couple guys, Toad Bowles and Frank Diebolt, who’d got the better ‘a him in a fight. Me and Johnnie were both pretty salty them days. “You don’t have to do nothin’,” he said, “just stand by.” Well, we found Toad by himself. Johnnie stepped out between two buildings and surprised him. Toad wasn’t so good without his partner, and Johnnie beat him to a pulp. “Leave him alone,” I yelled at my brother, “he can’t see now.”

“Aw, lemme hit him one more time!” Johnnie yelled back. I dragged him off still swingin’.

We had his 1924 Buick Coupe. He never had much trouble with it; it just didn’t have any brakes! He didn’t care; he was just as proud of it as he was the day he got it. There was no money for fixin’ anything on our cars, so to make up for the brake, we’d throttle down and use the gearshift. We were comin’ down a steep hill when I went to shift, and the damn gearshift come right up outta the floor! There I set holdin’ it in my hand. “What should I do now?” I yelled.

“I don’t know what you’re gonna do, but I’m bailin’ out!” Johnnie hollered back.

“Oh, no you’re not; we’ll slow ‘er down. You stay right where you are.” I yanked the wheel back ‘n forth, and the car swung from side to side across the road. We got ‘er slowed down to where we skidded sideways around the curve, throwin’ gravel all over the place. I don’t know how we made it. It seemed like pure luck, but I’m thinkin’ St. Christopher got his two cents in there.

Call Me Joseph is a story, up close and personal, about a boy who grew into manhood against the backdrop of an early 1900s farm.  Change, common to his generation, was his teacher.  With courage, and never afraid to fight, “Joesy” learned to meet challenges head-on. On the other hand, Sister Eligiana was never too far away to instill humility in the young schoolboy.  He tempted fate riding inside buggy wheels, and as Joe, the man, made his ride inside boxcars during the Great Depression.  His journey toward the golden years is one of true grit.

Call Me Joseph is as rich as homemade potato soup, peppered with moments of good humor and common sense.

A father’s memoirs inspired the writing of J. R. Broscovak’s book, Call Me Joseph.  Recognizing a legacy of family history, this accomplished watercolorist translated the nostalgic and poignant story into a word painting colored with landscape and true-life characters.  J. R. Broscovak spent her growing-up years in Kansas and now lives with her husband in Centennial, Colorado.