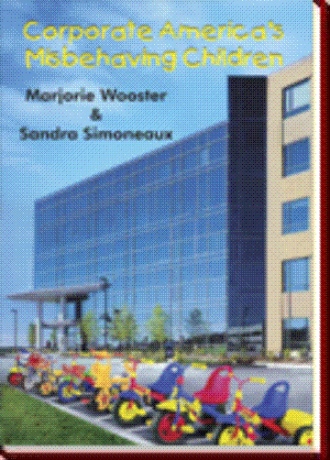 “By the age of nine, if a child is going to take on the characteristics of being an aggressive bully, it usually has shown itself by now.  Every school has at least one bully and very often there is one at each grade level with one in particular being the biggest bully in the entire school.  Most employees have encountered this type of personality in their organization.  It is not uncommon for a company to have a bully in each of its many levels with one that stands above the others.  In most cases, this bully of bullies is in one of the senior levels of the company and the bullies in training below will try and model their behavior among their peers in the lower ranks.  The bullies in the lower management levels do not usually last long.  They create havoc, require too much maintenance, and their libelous behavior is not neutralized by the value they are perceived as bringing to the organization.   The more you can help the bottom line of an organization, the more you are forgiven for your unacceptable behaviors.  The top bullies can mistreat others as long as their services continue to impact the bottom line positively.

Karl Max was a master at bullying all who worked with or for him.  And the saddest behavior attribute that Karl demonstrated was the joy he seemed to experience from watching his victims fall prey to his cruel treatment.

Karl was brought into the financially challenged company with the task to put it back into a profitable situation.  The company was loosing  a million dollars a month and the investors were applying pressure to the President to either turn it around or they would take appropriate measures to cut their investment loses.  The President wooed Karl for many months before Karl finally agreed to come on board and do what he could to save the organization.  From his first day of employment, Karl had enormous power over the company’s activities, direction and employees.  Most employees thought that Karl’s power and direction came directly from the investor group.  No organizational level or employee position was excluded from the power bestowed upon him, including the President.  Karl was keenly aware of the power he had over others and flaunted this superior position consistently and aggressively”.

Children move through many stages from birth to adulthood.   Most children move successfully through these maturation stages.  Sometimes however, the child is unable to conquer a particular stage in their development and continues to move into the next stage with an unresolved maturation step left behind. They reach adulthood still possessing the behavior trait that was never dealt with successfully in their childhood years and carry it into the business world. They are everywhere in the corporate world:  bullies, teacher’s pet, raging hormone adolescents, rebellious ones, the narcissistic and passive manipulator to name a few. This fictional book is about those children and their behaviors in the adult corporate world.

The authors of Corporate America’s Misbehaving Children have thirty plus years in the field of Human Resources and their motivation for writing this book of stories and analogies was the overwhelming similarities they observed between their experiences in watching their children grow up and move through the many maturation stages as they strive to reach adulthood and some of the behaviors of the adults observed at all levels in the corporate professional environment.  Their desire is for the reader to be able to connect with their analogies and stories and laugh, relate and tell his or her own story about one or many of the characters or scenarios in the book.