The Key to My Heart 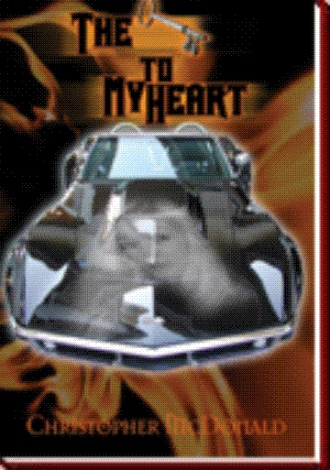 Seymore brought in on the idea.  The plan was set.  Seymore and Wayne headed across town to boost the car, armed with nothing more than a bag of lock picks and enough guts to attempt to pull this off.  had broken into his share of cars over the years.  He rarely stole the whole car, in favor of taking the radio or whatever was not bolted down to the trunk.  The concept was the same for most any lock.  He had to get into the car and then act normal as he fiddled with the ignition lock cylinder.  Guys like Seymore could pick a Porsche lock in 30 seconds or less.  had already admitted to Seymore he was a bit rusty.  That just added to the excitement for Seymore.  As they crossed the half-way point, Seymore surprised with a strange twist to the deal.

“Open the glove box,” Seymore said in stern voice to , as they sat at an intersection in the bright red Viper waiting on the light to change.  “Take out the blindfold and put it on now,” he commanded.

, taken by total surprise, did as he was commanded.

“Now, we are going to add some excitement to this job,” Seymore said as the light cycled green and he brought the revs up on the V10 Viper.  “I am going to drop you off in front of the country club.  You will have exactly fifteen minutes to boost the car and bring it back to the shop, or somebody is going to call the good dentist and ask him if he knows where his car is.”

“Whoa…wait a minute…” protested.  “I don’t even know how to get around this city, much less boost the car and find my way back in fifteen minutes.”

“Fine with me,” shouted Seymore as he brought the Viper to a stop, reached across and opened ’s door.  “You can get out right here, and we can pretend this never happened,” Seymore said as he popped the Viper in neutral.  Cars screamed past within inches of the Viper, blowing horns and shouting at the two men to get out of the way.

was taken by total surprise.  He thought they were buddies.  “Buddies don’t do this to each other,” he thought… “or do they?”

“Fine…I’m in,” shouted as he swallowed the lump in his throat.  Seymore put the car in gear and punched the throttle, causing the door to slam closed.  In a violent series of gear shifts and full throttle sprints, he ripped the Viper across town to the parking lot where the 911 was sitting.  Not a word was spoken on the way.  tried to listen to the area and get a feel for where they were headed.  In another few moments the Viper came to a screeching halt.  Seymore reached across again and popped the passenger door open.  He pulled the blindfold off and tossed him the lock pick set.

Pointing across the hood of the shiny Viper to a silver 911 Porsche, Seymore tapped on his watch and said, “Fifteen minutes…starting…NOW!”  With that he gave a shove and off the Viper went.  stood in the parking lot for a few moments trying to get an idea of which way Seymore was going to turn on the main road and then headed over to the 911.

There was some sparse activity in the parking lot.  A few senior citizen ladies with tennis gear in hand were getting out of a Lincoln Town Car.  There was a beautiful landscaped green off to his right where golf carts were moving up and down the path.  The guard shack at the entrance gate was quiet.  glanced at his watch and saw the minute hand tick past .  He straightened his clothes and started strutting towards the Porsche-not too fast to attract attention, but much faster than his typical gimp-leg walk.  He found himself standing next to the driver door of the wide bodied turbo monster Porsche.  He opened the case on the key kit and started stabbing two of the tools into the door lock, hoping for that exact moment of success when all the tumblers line up and the lock pops open.  CLICK.  The lock cylin

If you like Nitrous breathing Big Block Corvettes, Vipers, and other highly modified exotic cars, then you need to read this book!  Follow Max and his wayward friend Heather as they search for the key to Max’s answer.  Why did Missy feel that she had to do what she did to totally turn Max’s life upside down?

With one of the sweetest big block chrome bumper Sharks as the center of the saga, Max, in the search for answers, finds himself looking for help from an unlikely source.  Organized crime, Strip Clubs, and highly sophisticated schemes for fraud are center stage for this fast paced story.  A must read!

Christopher McDonald has been building hot rod cars since he was old enough to hold a wrench.  As he neared completion of his nationally recognized award winning 1969 Corvette, he thought it would only be appropriate to turn his attention to writing.  One day while out in his workshop the story raced through his mind.  He realized he could create a story centered on the resurrection of his mighty 1969 corvette that would have broad appeal to people from all walks of life.  With no prior writing experience Christopher set off to complete his vision.  After two years THE KEY TO MY HEART was finished and now available for others to enjoy.