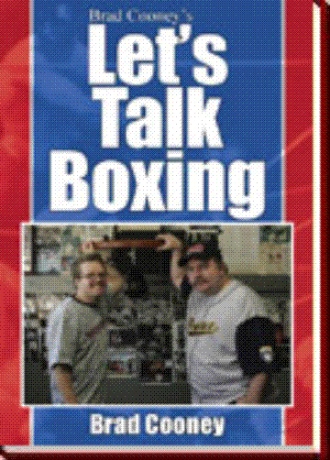 What can one say about having an opportunity to speak with a Boxing Future Hall of Famer? A boxing legend, a four-time World Champion, an Olympic Bronze medal winner? Incredible! Right before this interview, my hands were sweating, and I was, to say the least, reeeeeallly nervous. I had Mrs. Tavisa Thomas on the line (Evander’s assistant). She said, “Mr. Cooney, Evander will be with you in just a moment.”  I was nervous, I tell you. Evander gets on the phone and says, “Hello.” I was like, “Evander... Mr. Holyfield?” He says, “Yes.”  At this point, I am about to fall over. But, you know what? Within 30 seconds, Evander made me feel like I knew him for 10 years or something. I mean, you talk about a kind man, and a warm man, and an approachable, engaging man – this was one of the easiest interviews I have ever done, because of how engaging the champ was.

Here is my interview with boxing’s legendary Evander Holyfield. I hope you enjoy this one as much as I did conducting it... ENJOY!

At eight years of age, a young kid out of Warrens Boys club in was preparing for what is now one of the greatest boxing careers in history. The late Carter Morgan (coach) spoke to this kid, and told him that he could one day become the Heavyweight Champion of the World.

The encouragement provided by Carter Morgan was all that Evander needed to go on and win the Boys Club Boxing Tournament. At the age of 11, Evander qualified to enter the Junior Olympics. At the age of 16, and weighing 139 pounds, this young man became the Southeastern Regional Champion, and was awarded “The Best Boxing” Award. At the age of 19, he represented the in the Pan Am games in , winning a silver medal. The following year, he became a national Golden Gloves winner, and then represented the in the Olympic Games by winning the Bronze medal. His professional career will go down as one of the best in history.

On Evander Holyfield joined the great Muhammad Ali and made history by becoming only the second person to become the three-time World Champion. Evander Holyfield is one of the classiest guys in the sport of boxing today. His career will go down as one of the greatest of all time. I had the wonderful opportunity to talk to the former four-time World Champion, and this is what he had to say...

This book is filled with interviews of some of boxing’s greatest fighters, greatest minds, and biggest hearts. I did my best to capture the mindset of each individual; how boxing perceives them and how they perceive their personal contributions to the sport.

Boxing is a very old sport, as is baseball and football. If you compare the injuries by sport, you will see that boxing has the least amount of the three.

Today’s boxing still has some work to do, but in my opinion the sport is doing well. There are a lot of very talented up-and-coming fighters climbing the ranks. I hope that more time and money will be spent on the amateur level of this great sport. The amateur level of boxing is where it all begins. Amateur boxing is the foundation; if the foundation is not sound, then the boxing house that the pros live in may come crashing down.

Brad Cooney is a well known boxing writer widely respected within the boxing community. His work can be found on various online boxing sites as he has interviewed many of boxing’s biggest names.

Born in , Brad took an interest in sports at an early age. A graduate of in , following graduation Brad served his country honorably in the United States Navy. Upon completion of his Navy service, Brad attended , returned to for a short stint before moving to and beginning a career working with the disabled.

Brad later moved to to be closer to family members, and it was there that he began writing about boxing. His writing career took off after he landed his first big interview with the former Heavyweight Champion of The World, Evander Holyfield.

Cooney currently resides in , just to the east of .