Get Over the Rainbow

Why Everyone Should Join the Fight for Gay Rights 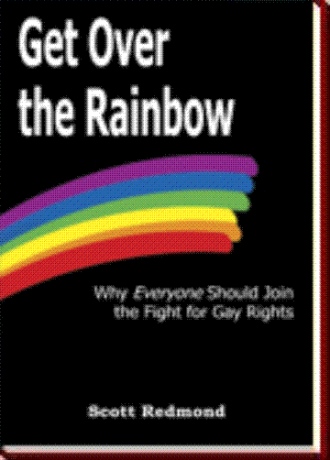 treats the issue of gay marriage similar to the way the abortion issue was treated. Vice President Dick Cheney’s daughter is a lesbian. Though publicly opposing gay marriage for political reasons, it would take a father void of any compassion to not support his daughter’s right to marry her partner. Well, the fact that the “father” in this case is Dick Cheney, his daughter might not get his personal support!

The constitutional question before the Massachusetts Supreme Court  challenged the state for using “its formidable regulatory authority to ban same-sex couples from civil marriages?” The court ruled the state did not have legal grounds upon which to do that.

Chief Justice Margaret H. Marshall separated the secular role of the state from the religious battles that have made gay marriage the new hotly debated social issue for citizens and politicians in . Chief Justice Marshall wrote, “Many people hold deep-seated religious, moral, and ethical convictions and that homosexual conduct is immoral. “Many hold equally strong religious, moral and ethical convictions that same-sex couples are entitled to be married, and that homosexual persons should be treated no differently than their heterosexual neighbors. Neither view answers the question before us.”

Chief Justice Marshall based the decision on the law and not emotion, when she wrote, “The court was asked to decide on the civil, not religious, aspect of marriage.” A majority of the justices ruled there was no constitutional justification for denying same-sex couples “the protections, benefits, and obligations of civil marriages” if denial is based only on their sexual orientation. Justice John M. Greaney wrote in his opinion, “as a matter of constitutional law, neither the mantra of tradition, nor individual conviction, can justify the perpetuation of a hierarchy in which couples of the same sex and their families are deemed less worthy of social and legal recognition than couples of the opposite sex and their families.”

Get Over the Rainbow: why everyone should fight for gay rights is a controversial book that will further ignite the debate over gay rights and gay marriage. Written from the perspective of a straight male, Scott Redmond makes it difficult for anyone to conclude that homosexuals do not deserve total equality.

Some parts of Get Over the Rainbow were being written just as the gay marriage issue was exploding, demonstrating that Redmond’s journeys through the legal, religious and social arguments against opposition to gay marriage are right on target. uses the issue of gay rights to explain the nature of news and the impact of entertainment and right-wing talk radio on .

Get Over the Rainbow challenges those opposing gay marriage and reinforces those in support.

Scott Redmond gives a straight argument for gay rights, including gay marriage, in his new book, Get Over the Rainbow: Why Everyone Should Fight for Gay Rights. Other books on this topic have been written by homosexuals, but Redmond, a heterosexual, provides a compelling and unique perspective on ''s most heated social and political debate-gay marriage.

As a radio talk show host in New Orleans, Miami, Seattle, Portland, OR, Philadelphia, and Denver, Scott Redmond (also known as "Scoot") defied his industry''s norms by passionately leading the argument in favor of gay marriage.

was born in , where he spent his earlier broadcast years as "Scoot in the Morning" on music and talk radio. From an early age he was introduced to the openness of homosexuality in the French Quarter of New Orleans, especially during Mardi Gras. Writing this book was Redmond''s way of telling every heterosexual that it is logical to join the fight for gay rights; and letting gays and lesbians know that there''s a heterosexual aggressively fighting for legal gay marriage. As a radio personality,  was embraced by the gay and lesbian community.

has appeared on CNN, MSNBC, and Fox News Channel. He has contributed a column to the gay publication, OUTFRONT.