Poems and Haiku's from the Heart

A Book of Poems and Haiku's (Japanese Poems), for all to enjoy 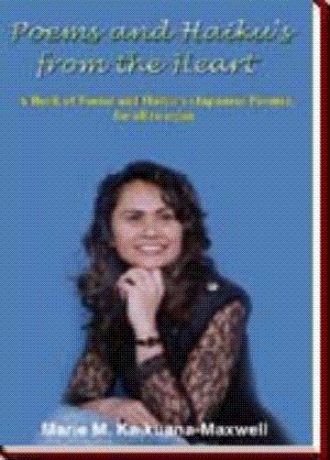 Well, our product was a paper doll.  We made her out of cardboard, tissue, and foil paper.

I volunteered to write up the advertisement.  And to my surprise, we ended up winning.  It was because of the choice of words I used in the article.  The advertisement was only four lines long, and straight to the point.

I can also recall writing poems regarding pollution for another class.  It was suppose to be a group project.  But; I ended up writing a couple of poems on my own for extra credit.

The teacher surprised me the very next day.  She read all four of my poems to the whole class.

I can recall when my little brother approached me regarding a school project he had to do.  The project was to write a poem and present it in class the very next day.

So I helped him write the poem.  The poem was about being yourself and being the best that you could be.

While writing the poem, I found myself incorporating a lot of my brother’s athletic abilities.  They were football, baseball, running, swimming, and so forth.  He had so many if them.

We worked on his poem for about an hour and a half.

As a big sister, I had my brother practice reading his poem over and over again, until I was satisfied.  I showed him how to express himself and how to put a lot of effort into it.  I showed him how to stand up tall and be proud of all that he had accomplished.  But, the most important part in practicing a poem is to feel what you are reading.

When we completed his project, he gave me a big hug and a smile.  I wished him all the best with his presentation.

Several days later, a couple of our family members/relatives told me how much they had enjoyed my brother’s presentation.  I smiled and said, “My brother worked very hard on his presentation.”

While attending the University of Hawaii and Hawaii Community College, I continued to write a lot more about my Hawaiian heritage/culture/history.

I joined the United States Army and earned the rank of Sergeant Promotable/E-5.

I attended Wayland Baptist University in Honolulu, Hawaii, while fulfilling my military career.

Worked under cover for Military Intelligence as well as Counterintelligence (with a Top Secret Clearance).

Participated in co-ed volleyball, softball, and track & field throughout my military career.

After fulfilling my military obligation, I resided in Detroit, Michigan.  I have lived in various places throughout Michigan.  Just to name a few:  Detroit, Highland Park, Troy, Southfield, and Auburn Hills.

I attended Wayne State University and majored in Business Administration.

I taught the hula (both ancient and modern) to various groups throughout Michigan as well as in Hawaii (while fulfilling my military career), to help with their fund raising events and charities.  The events were basically to help raise money for children and senior citizens.

I’ve instructed martial arts as an assistant as well as the lead instructor on various art forms.  I’ve had the opportunity in working with Charles E. Woodford “Master Woody” for eight years.  Charles is a certified instructor and has taught martial arts for over 30 years, and still going.  His favorite line or trademark is “Ta’i Chi is to you, what you are to Ta’i Chi.”

The martial art classes taught throughout Michigan took place at: 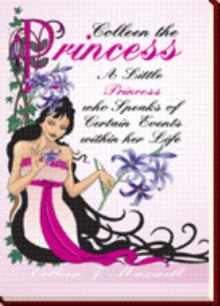 In Poems and Haiku’s from the Heart, Marie M Kaikuana-Maxwell a native of Hawaii; writes about her culture/heritage, military background, her love of sports, martial arts background, and most importantly family.

The author gives a lot of pertinent information on poetry.  She states the different types of Elements and the kinds/types of poetry.  She gives you tips/points on how or where to begin writing your own poems.  As well as a little history on poetry.  She also explains/compares the Haiku (Japanese Poetry) to everyday poetry.  She even encourages everyone to read more and start writing their own books.

Marie was born and raised on the Big Island of Hawaii.  After graduating from High School, , and the ; she served six and a half years in the United States Army.  She instructed physical fitness, combat readiness, and Leadership training.  She also worked undercover for military intelligence/counterintelligence.  Her main hobbies were softball, volleyball and track and field.  She also instructed the Hawaiian Hula Dance as well as various art forms in the martial arts field.  She received a certificate from the ’s Literature in December of 1997.  She is currently married and lives in .  She has a wonderful son, she gained a wonderful husband, seven step children, fish, a turtle, and a spoiled dog! (Great Dane)