The Ghost of Emmett Till

Based on Real Life Events, A Civil Rights Primer 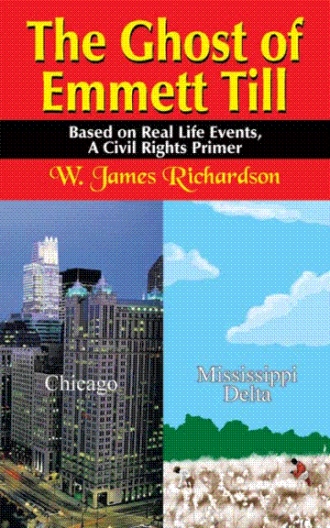 Word circulated that the jury had made a decision and was about to return to the courtroom. All the reporters rushed back to their stations. The court was brought back into session.

The all white, male jurors filed into the room.

Jamal looked at his watch and assessed that the jury had been out about sixty-seven minutes.

Judge Swango asked if the jury had arrived at a verdict.

The jury foreman rose from his chair and said, “Yes we have, Your Honor.”

“Then what say you?”

“We, the members of the jury, find defendants Roy Bryant and J.W. Milam not guilty.”

Pandemonium erupted in the white only sections of the courtroom. Roy Bryant and J.W. Milam sprang from their seats, hugged each other, and patted their lawyers on their backs. They lit cigars. Photographers flashed their cameras to capture the scene. Reporters sprinted from their stations to wire the verdict across the nation and abroad.

The not guilty verdict caused Jamal to feel ill to the point of almost vomiting. Not guilty? Can a pig shave? Do cows fly? Is water dry? Will the Devil pray?

“They can eat shit!” Jamal mumbled, convinced that the verdict smelled like manure. He contemplated throwing a roll of toilet paper in the jury box so the white men could wipe their asses for shitting on justice and on top of Emmett Till’s grave. He examined the Negroes in the back of the courtroom sitting and standing silently with their demeanor consistent with his – gloomy and defeated. Jamal mused that all along he’d hoped for the best but prepared for the worst and now understood that the latter had occurred. He watched the white spectators to a person celebrate the verdict. Tears formed in the corners of his eyes.

Mamie Till applied her handkerchief to her damp eyes as she watched and heard the jubilation going on inside the courtroom. She was most sadden by the verdict but not surprised – not in and especially in the Delta. She mused that she would’ve been surprised if Bryant and Milam had been found guilty by their peers of mean, bitterly prejudice white men who’d been carefully selected to serve as jurors. She knew the men were guilty of killing her son – but not only them. She understood that at least six other people that witnesses mentioned were also involved but never brought to justice. She also blamed thousands of others for aiding and abetting the murder of her child: Powerful and influential white people and a dominant culture that condoned hate crimes as opposed to condemning them. She felt very grieved but not the least surprised.

Judge Swango thanked the jurors for performing an important civic duty and which Jamal discerned that the jurors felt proud of.  He was convinced that some of the jurors were likely members of the Ku Klux Klan and the White Citizens Council who were yet bitter about the school desegregation ruling. He would bet that everyday of the trial that the jurors likely thought of the Brown versus Board of Education ruling and fumed about the prospect of black and white children attending the same schools. Jamal was convinced that the trial had more to do with white people maintaining The Southern Way of Life, which meant that Negroes had to be put in their place and victimized if need be.

After the trial, strange occurrences began to happen. Upon leaving the courthouse, the jury foreman slipped on a bubble gum wrapper, fell down twelve flights of stairs, struck his head several times, and was taken to the hospital in a coma. Sheriff Strider went to his office and was removing his service revolver when it suddenly discharged; shooting himself in the groin and finding himself bleeding on several bubble gum wrappers that were on the floor. 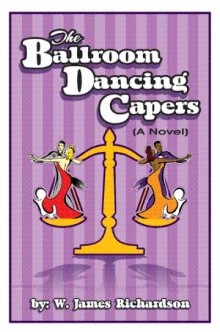 No one could have fathomed the impact that fourteen-year-old Emmett Till’s death would have on race relations, politics, and civil rights after he was brutally murdered in the sweltering Mississippi Delta.

Young Emmett’s death had a direct influence on award-winning freelance journalist Jamal Peterson who travels to the Mississippi Delta to cover the murder trial and gets more than he bargained.

The men who killed Emmett Till are acquitted, but they do not escape a supernatural justice meted upon them by Emmett’s ghost. Negroes in the Delta view Emmett Till’s ghost as a blessing when his specter begins to strike fear in the hearts and minds of evildoers.

This novel is intended to commemorate the death of Emmett Till.

He is a retired educator who served as a classroom teacher, coach, and school administrator.  He started his own business by the name of Write Stuff and works as an independent contractor.  He has won honors in the field of education and community service.  He resides in and is a member of the Detroit Writer’s Guild.  His first published novel is “Misbegotten.”  Readers have praised his writing and are eagerly awaiting his novel “The Ghost of Emmett Till.”

He is a graduate of --holding three degrees.