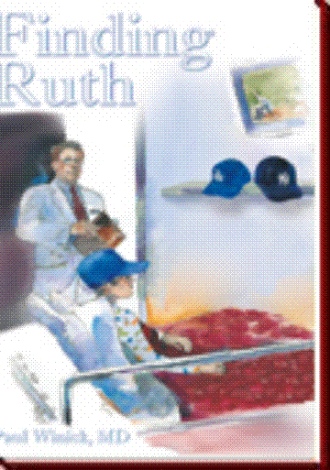 Several months later, I admitted twelve year old John, who also loved baseball. He had been an inpatient on multiple occasions and I had cared for him for a short time on his last admission when he received several transfusions. When I went to visit him this time, he dozed in a fugue-like state. The blue-and-white striped wallpaper merged with the blue directional stripe on the white linoleum floor, ending at his closet. His Dodger blue shirt hung next to his autographed Dodger cap.

His ghostlike face was covered with large and small areas of bruising.  His skin was shriveled and was peeling in places. John was dying -- diagnosis acute myelogenous leukemia. He had undergone three courses of chemotherapy -- all were unsuccessful. There were no further treatments. My fellow interns suggested the most merciful approach was to keep him pain free and let him die in his sleep. But they had not talked to John. He had not shared with them his dream to see his transplanted Dodgers win the pennant and then the World Series.

John’s father died when he was two. I was touched he had chosen me as his surrogate father, sharing his baseball dreams with me.

I gently woke John so we could watch the last regular season Dodger game.  His Dodgers had already clinched the pennant. Although I was a Dodger fan, when I met John on his last admission, I professed to be a Yankee loyalist so that I could bond with him. Now, the Yankees would be playing the Dodgers in the World Series. “Hey champ,” I kidded him. “Your Dodgers were lucky to win the pennant. They surely will lose to my Yankees in the World series.”

When the Dodgers won the game John shrieked with happiness. He said, “I really wanna see my Dodgers play and beat the pants off your Yankees. I wanna see them become champions of the world.”

I vowed I’d do everything in my power to keep John alive so we could share the World Series together. We could, at least, share our love for baseball since I had no more healing skills to share with John. “See you for the series, champ,” I said. “We’ll watch my Yankees murder your Dodgers.”

The next evening I sat at home sipping a glass of wine, listening to Beethoven’s Violin Concerto, talking to Dotty - telling her about John. I was just beginning to enjoy my first leisure evening in three days, when the phone rang.

The ward nurse apologized. “Doctor, I know you’re not on call, but you left instructions to be notified if anything happened to John. He looks terrible. He’s pale and sweaty. His heart rate is extremely rapid. He’s having difficulty breathing, grunting with each respiration. He appears to be losing a lot of blood from his G.I. tract. His stools are tarry and test positive for blood.”

I realized that John was probably in heart failure, caused by intestinal bleeding. The clotting factors in his blood were low.

“Please do a stat hemoglobin and hematocrit and type and cross John for three units of blood,” I told the nurse. “Until the blood is available hang Ringers Lactate in his IV. I’ll be right over, but if anything happens before I get there call a code.” I remembered the vow I had made.

The blood and I reached the ward at the same time. John looked so tired -- so terminal. I knew that, unless I gave him the blood rapidly, he would not survive the night. I made a surgical incision into John’s ankle and threaded a large bore catheter into the exposed Saphenous vein. I attached the blood to the catheter and hand pumped the life saving fluid into his body. By sunrise John had received all the blood. The G.I. bleeding had stopped! He was no longer in congestive heart failure!

John opened his eyes, smiled and said, “Hey Doc, I hope we’re on for the World Series tonight.”

We watched all the games in his room. We were experiencing the thrill of a potential last game together, wearing our team caps, drinking Coke and eating pizza. The Dodgers had won the first three games. I had borrowed the Yankee hat from a friend in order to keep up the charade.

“Hey champ, my Yankees will easily win this game,” I kidded.

He said, “Ain’t gonna happen Doc. The Dodgers will sweep and be world champions.” I must admit that even if I were a Yankee fan, I would have been rooting for the Dodgers to win.

The Dodgers clinched the world championship. John fell asleep with a smile on his face, secure in the knowledge his team was a winner. His dream had been fulfilled.

Several days later, I sat at John’s bedside holding one of his hands while his mother held the other. The priest had just left after administering the last rites. Rain pelted the windows and the dark clouds looked like they would release moisture forever. As my eyes filled with tears, I quietly bid John a silent good-bye. It would be hard to lose my first patient, but I had learned more from him about courage then I had given him in return. Like his beloved Dodgers, he too, was a champion. Along the way, I’d become a doctor. 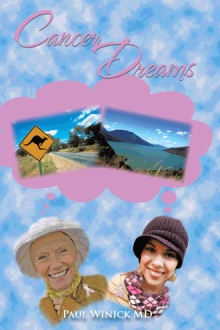 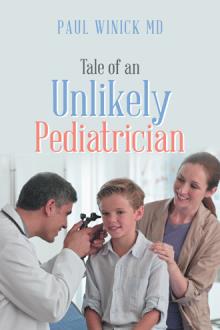 Finding Ruth is the memoir of a young boy cajoled into a profession for which he has no desire. He hates medical school and chooses pediatrics as the most interesting of bad choices. He uses his love for baseball to interact with a terminally ill eleven year old. The boy teaches the fledgling physician about compassion and the need to listen to the hopes and dreams of patients even though they are children. A passion for pediatrics is born.

The memoir also deals with an adolescent trying to forgive himself for thinking he caused his mother’s death because of an argument they had the night before her fatal stroke. He vows to fulfill his mother’s dream of one day visiting . He forgets the vow, but is reminded of it by the anti-Semitism he experiences along the way. Despite a busy practice, he fulfills the vow, and learns that he lost an eleven year old cousin in the Holocaust. Previously, he thought his family had been immune from Nazi atrocities. As the memoir ends, his son is the same age as his dead cousin. The boy is standing in front of a glass column in Yad Vashem in . It contains a baby’s booty .He is mouthing in disbelief the inscription which represents the number of children lost in the Holocaust, “Children, one and a half million. Children, one and a half million.”

Doctor Winick is a pediatrician who practiced in for thirty years. Currently he is a full professor of Clinical Pediatrics at the of Miami of Medicine. He lives with his loving wife of forty years, Dorothy. He is the father to Charles who is married to Maureen. They are expecting triplets. His daughter, Ruth, is married to Frank. They have two children, Bryan age five and Martina, age eight.

Three chapters in the memoir have won literary awards in university competitions. One story was published in Chicken Soup for the Sports Fan’s Soul, 2000, and another was accepted as a finalist in Chicken Soup for the Baseball Fan’s Soul. These latter stories show how he uses his love for sports to interact with his father, and also with a terminally ill eleven year old, and in so doing develops a passion for pediatrics.