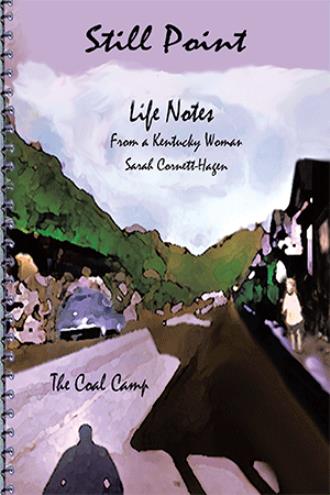 Grandma Kincer used storytelling to instill moral values. Grandma was the mother of four children and I never saw her with a man.  My grandfather was an apparition who had been gone so long nobody talked about him, including my grandmother.  I vaguely knew the story of his early death due to a kidney condition.  On rare occasions, Grandma would talk about the terrible time her Alex had.  “Why his privates swelled up to the size of a cantaloupe,” she would say as she carefully measured an invisible circle in the air with her hands.  I always felt grown-up when she shared such intimate details as I never knew quite what we were calculating.  My little brothers were my only visual reference which made the story even sadder to me.  This is the most graphic talk about sex I ever heard from Grandma.  Her modesty was evident as she grappled with ways to share her moral values.  Cousin Aggie reminded me of Grandma’s reaction to her young granddaughters, Agnes and myself, being exposed to a flasher at the Cincinnati Zoo.  “Did he show you his furlough?” she asked us nonchalantly after she heard about the incident, as if we might have seen an ingrown toenail.  NOT THAT! We suppressed a giggle.  “Oh, Grandma had a way of asking you something and never use a dirty word but you knew what she meant”, writes my cousin Agnes.

Grandma liked the idea of her granddaughters being “smart.”  Smart, to her, had a different connotation than “school smarts.”  Some of the most worn-out looking women I knew drew her greatest praise.  “I declare”, she would say in her soft melodic talk, “Law, I declare, I don’t know how they do it.  Why Aunt Polly can break a mess of beans--never leave a string or miss a break between a bean.  Her pot of green beans is such a purty sight.  Did I mention Aunt Delsie came by yesterday?  She’s pearter than I’ve seen her for a long while.  Pond my honor, I don’t know how she does it with all them boys of hers but her house never has a speck of dust.  Why, you could eat off her kitchen floor and never find a dirty dish in HER sink.”  Aunt Nancy washed the whitest clothes, Aunt Neelie did the finest needlework... on and on she would go, depending on her mood and work schedule. But NONE could compare to Thurston Adams’ girls. 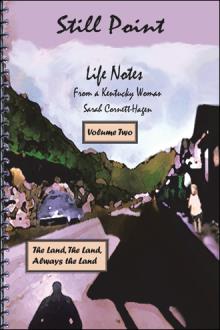 “Life Notes From a Woman: A Coal Camp- first in a series of “Life Notes” books by Sarah Cornett-Hagen a native of . This story details the beginnings of a mountain woman, a coal miner’s daughter, reared in the hills of eastern . It takes you deep into the heart of coal mining country to a town called Haymond and the ways and times of the people who lived there shortly before World War 2.  The story carries you through Sarah’s coming of age years in the early fifties and beyond as the author shares with you how she became a woman who knows, “Mountain roots run deep and tendrils of these roots are wrapped gently around her heart forever.”

Sarah Cornett-Hagen, a native, lives quietly in the countryside of southern .

Her beloved home, Still Point, is the touchstone for her lush poetry and homespun philosophical writing. Sarah’s sensitive eye for observing patterns of life becomes obvious to the reader as she weaves her magical spell of wonder by sharing her innermost thoughts about life as she lives it. Her most recent published work is found in the anthology, “Poetry as Prayer: Appalachian Women Speak” by Wind.  Her tribute to , “Mountain Lady” will be published in “The Rag.” , August 2004. “Blackberry Heaven” published in the International Library of Poetry 2003, “Colors of Life” captures the essence of Sarah’s uplifting spirit.