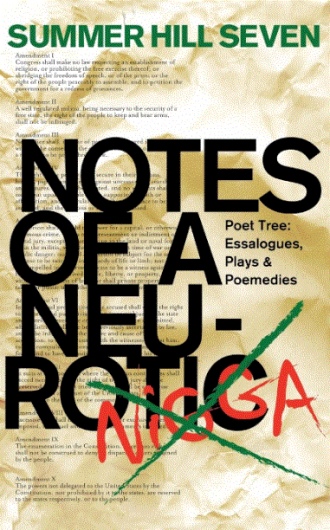 DAVID.  Harvard.  I studied government and minored in European art and literature.

ATTALLAH.  (Figuring him out.) Ah literature.

DAVID.  That is how I was able to unravel the mystery of life and death.

ATTALLAH.  Life.  Death.  Life and death.  Death and life.  If life and death is the whole thing then why did I feel like  dying when I was living and now that I am dead why do I feel like living.

I’ll never forget when I was a little girl, I could not wait until I became a teenager so I could play with my older sisters and do the things I saw them do.  When I got to high school, I was looking forward to being a cheerleader because that was going to make me the center of everyone’s universe.  I became a cheerleader in high school and then I could not wait until I got to college so I could compete with cheerleaders all over the world.   After that I discovered a gift for healing people and I could not wait to go to med school, so I could compete with the best healers around the country.  After med school I went to to be a “cheerleader for life” for those people who could not afford even the most basic medical care.  That’s where I unraveled the mystery of life and death; where it hit me.  Death.  Death is a reward for even having the courage to come into this life.  Death is the reward.

Then I started to long for my reward.  I had earned it and why should I have to wait.  And what was I waiting for…God to put me out of my misery?  After all if life was a conscious decision…if I chose to come here couldn’t I choose to leave whenever I wanted.  I can’t tell you how many ways I thought of departing from this life.  My favorite but most frightening was leaping from a tall bridge or building.  That’s funny, I’m not afraid of death but I am afraid of heights.

But now that I am dead.  I can think of a million reasons to live.  I have never had chunky monkey ice cream.  I never had sex with a black guy, to name two things.  I am not in the ground yet, obviously, I am not dead yet if I am talking to you but I have nothing left to look forward to except a beautiful funeral and a blurb in a medical book about being among the first to contract a yet to be named cancer that eats away your bones from the inside out.  God is so much more creative and capable then we are when it comes to death - that wasn’t even on my list of ways to commit suicide.

DAVID.  Job said “life on earth is war-fare”, although you have to consider his situation.  But if you agree then you have to also agree that death is the true booty, or spoils of war.  As you say  the “reward.” 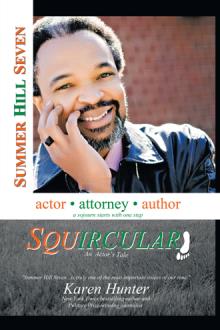 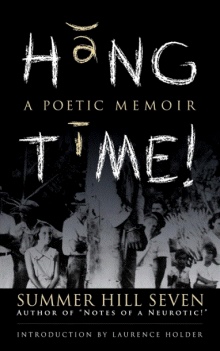 In Notes of a Neurotic, Summer Hill Seven provides poetry, essays and plays that are as bombastic as the writings of Amiri Baraka as piercing as Miguel Pinero and as poetic as Paul Laurence Dunbar often all in the same sentence. In addition to the entertainment and intellectual value, these Notes of a Neurotic are specifically designed to heal the emotions of the reader, the speaker and the writer of these words.

Summer Hill Seven is an iconoclastic and innovative performer, hip-hop theatrical artist, theatre and film director, and educator who has interpreted the works of Shakespeare, Shaw, Hughes, Douglas, Holder, Wilson, Parks, Fuller, et. al., at some of the country's greatest venues.

As a director, in June of 2010 his directorial debut, Platanos & Collard Greens (Audelco Award), began its eighth consecutive year off Broadway in NYC. Currently, he is developing and directing several projects for both stage and film.