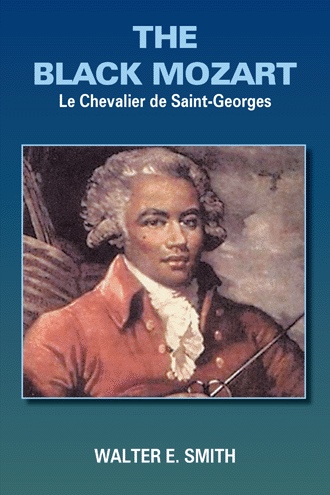 Many evenings after the concerts, Saint-George would walk along the most popular boulevards. Other times he would ride in his fine carriage. He was always recognized and acknowledged. He was one of the favorites of the Parisian crowd. The women of the lower class smiled; the young women blew kisses to him.

Saint-George was invited to all of the celebrations and was constantly in demand to dine at the homes of people of the highest social rank.

As welcomed as Saint-George was in most circles, there were those who only accepted him superficially. He felt it sometimes when he was not welcome by all when attending some social function. Saint-George concluded that, since he had on occasion been subtly made aware that he was a gentleman, but of color, he had to be a little more polite than other gentleman toward his peers as well as to the man on the street or he might be open to racial repercussions. After all, even though he was a gentleman, his ancestors were black slaves. France, at this time still was in the slavery business in the two islands of Saint-George’s childhood, as well as in other French colonies. He understood this early. Was a person of color ever really accepted by whites in this hierarchical society? Some people were big enough and secure enough to accept another person as a human being. Plus, Saint-George made every party or occasion much more enjoyable. Wasn’t Saint-George an extremely talented man, a man of clever wit, and a pleasure to behold and a pleasure to love? Why then could he not be accepted as a peer, a man equal as they?

Some took great pride in being Saint-George’s protector, and he accepted this, but he realized all the time what the relationship between the protector and the protected was really about.

In every memoir, in every article, indeed in all my research, Saint-George was always referred to as the mulatto, never just Saint-George, the fencer, the musician, etc.

There was clearly this arrogance of superiority shown by some, but at the same time, the majority appreciated and lauded his works in France and in many other countries, especially England. These became his true admirers. His color didn’t seem to matter to them, only his great contributions to French life and the French pleasures. His success and talent as a violinist and as a composer were especially lauded by the best French musicians and composers of the day, like Gossec, Laurencie, Le Clerc and many others. 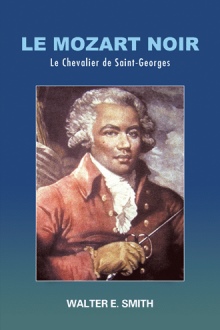 Long before the word “Super Star” was coined, Saint-Georges was the original. Many people throughout history have been famous for one reason or another. Many have made great contributions to civilization and left great legacies. Their paintings and sculptures we still admire. Their discoveries have made our lives better; their music we still play and sing, but no one in history was as talented in so many areas as Saint-Georges. For a time, he was the greatest fencer in the world. He was an exceptional violinist and along with his teacher, Gossec, he pioneered the composition of the String Quartet. Even Mozart came to Paris to study this new form of music. Saint-Georges was an unequaled equestrian, an exceptional marksman and an elegant dancer. The wealthy copied the way he dressed, and the common people admired him as he walked through the streets, and whispered his name. He was a true Renaissance man and a “super star” in the Paris of King Louis XVI and Marie Antoinette. What is even more remarkable was the fact that he was a mulatto.

Walter Smith was born and raised in , where he attended , majoring in French.  There, he was a member of the Phi Beta Sigma Fraternity.  After graduation, he moved to .  He taught French and Spanish in the NYC Public Schools for several years.  Later he attended graduate school at , in .

Having written a few short stories, he moved to try writing for television.  After only nine months, he was fortunate enough to land an assignment to write an episode of the popular TV show, Good Times.  Over the next few years, he wrote a story for the sit-com, Different Strokes, which was nominated for the Humanitas Award, and later, a story for Magnum P.I.  He is a member of the Writers Guild of America and currently teaches high school French in .