An Introduction to Experimental Methods of Characterizing Vibrating Structures 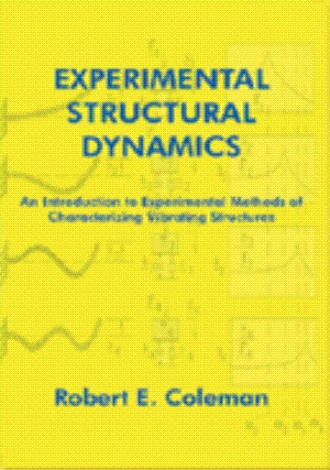 This text is about vibrating structures. The structures considered could be any of a broad range of engineered products, from TV sets, computers and other electronics products to cars, trucks, trains, aircraft, rockets and other vehicles. We could be talking about bridges or buildings. All of these products have the potential to fail in their product performance without proper engineering to avoid damage that could be caused by mechanical vibration. Aircraft are analyzed and tested to arrive at structural design characteristics that are successful in handling the aerodynamic loads encountered during flight. Vehicles are subject to vibration and noise originating from the engine, tires rolling over an irregular surface at high speed and turbulent air flow over the body. Vibration design characteristics are designed into the vehicle to avoid wear and fatigue failure of certain components and to provide a comfortable and quiet ride for the passenger.

It is the goal of this text to first present the theory underlying the simple vibratory process, then develop the concepts allowing application of this understanding to the analysis of any complicated vibratory process for the most complex structure. There is one limitation in the level of structural complexity to be considered, however: The text will be concerned with linear structures. Vibration displacements will be small and stiffness characteristics will be fixed, independent of the amount of structural deformation.

A natural starting point is to study the motion of the simplest of structures in a natural state of vibration. Figure 1-1 depicts such a structure and the simple vibratory motion that results when a lumped mass sitting on a spring is made to vibrate freely. The mass is initially displaced upward from its equilibrium position on the spring.

From this position it is released, accelerating downward under the pull of the stretched spring. The continuous motion of the mass is graphed with the solid curve in the figure. Instantaneous positions of the mass at key points in time are sketched. The mass is seen to oscillate, moving down until the upward force of the compressed spring brings the downward motion to a stop. Then the upward push of the compressed spring propels the mass upward until the cycle of oscillation is complete when the upward motion is stopped under the downward pull of the stretched spring. The cycle of motion is completed in one second in our example. From this point in time the mass will continue to oscillate in this fashion forever in the absence of any other influences, i.e, friction, human intervention, etc.

It is not uncommon to find engineers in test labs or design groups who have not had occasion to use the mathematical tools acquired in college. When suddenly faced with vibration issues they find themselves ill equipped to get a solid grasp of the vibration process. It is the intent of this technical reference to provide access to vibration theory, initially at a very elementary level, then progressing from basic analytical formulations toward the more mature mathematical representations associated with eigenvectors and the Fourier Transform.

Mode shapes are introduced without any reference to the eigenvalue problem, but connected immediately to simple coordinate transformations in two and three dimensions. This allows a rather simple picture of operators, ultimately leading to a straight forward derivation of the Frequency Response Function (FRF) formula.

It is hoped that many engineers will find their way back into a more analytical approach to vibration problems. Experienced analysts and academics were given consideration as well, providing fresh viewpoints from time to time, such as the development of modal force as a contravariant vector, providing a detailed view of the FRF as a superposition of modal FRFs.

Robert E. Coleman pursued a career largely in aerospace engineering, although his academic background is entirely physics. His work has spanned 44 years, beginning with Polaris Rocket testing at the U.S. Naval Propellant Plant, and continues with Signalysis, Inc. of . His most significant effort may have been as part of NASA’s SMIS project while working at in . Here, analytical finite element and experimental modal test methods were combined to analyze Shuttle Orbiter structural integrity after space flight missions. Coleman was presented the Astronaut’s Silver Snoopy Award for his contribution. Some of the NASA technology has been brought to bear at Signalysis, using intrinsic vibration characteristics to detect product defects on assembly lines of numerous plants across the and abroad.