How to Kill a Player! 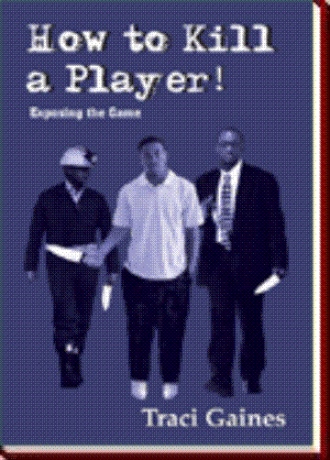 How To Kill A Player!

There are a lot of men out in this great big world of ours that are players.  You have the bachelor who needs to have love from more than one female, sometimes three or four at a time.  You have the married player who states that he is married but that his wife is a bitch or doesn’t take care of the children, goes out to party too much, etc.  You have the baby’s mama player that has a baby’s mama, but claims that he’s not married yet, so that they can continue to see one other, or more women so that he doesn’t have to commit.  Then there is the forward player that says he has a woman or two and can play around with more women.  Also his woman states that she knows her man is a player and it’s almost as if she’s boasting about it.

I had a conversation with two men that I know.  They stated that most women look for dogs.  They say that some women also look for men that are on drugs, or when they find out that their men are on drugs they ignore what’s going on, and stick to his side.  They stated that a man can be right in their face that has a job, place to stay, and is a good man.  She will not pay any attention to him.

I was asked questions about the men that I have dealt with in the past.  I mentioned that with my high school sweetheart, he got involved with me, but he had a girlfriend at the time.  He left her for me.  I also spoke about an ex of mine that worked with computers, but he quit one job, and was drinking a lot.  We were together for 5 years.  Also there was a different ex that I had, and still has a baby’s mama.  He states that he doesn’t want his son to go without his mother and father being together.  He also is a stalker.  We would fall out because of all his lies, then he would call again asking how the family is and can we make it to his block party.

I have also had the pleasure of being around men when they are pursuing other females.  One day you’ll see them with their wives, the next evening you’ll see them talking to, or trying to take to a motel, another woman.  There have also been instances where I have been the other woman.  I have had calls from girls saying that they found my number in their mans’ pocket and they called me to see where I had met him, and what was he doing or saying to me.  Also they wondered if he had mentioned that he had a girlfriend.

Also with the 2 men I spoke with, they mentioned that women were on women’s lib and were spending money on men.  They mentioned that all they had to do was be there to support a woman.  I mentioned to my man that men are now out here looking for the highest bidder.

I also wanted to touch on the side of the relationship where you can still have friends male or female.  I know some people who are married and still date.  They say that they are not doing anything wrong because their spouse trusts them and understands.

There are also players now a days, as we say, that literally just come out and say lets have sex.  I spoke with one guy and he has a very prominent job, condo, and is handsome.  He states that some married women are just looking for a one night stand, then go home to hubby.  I know myself there are some women who only want one night stands.  They don’t want to commit, they just want to sleep with one guy maybe once or on a constant basis instead of being committed. 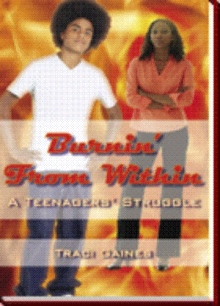 I have finally decided to tell the stories of men and how they operate.  I have heard sob stories and angry stories from lots of women.  I know that some situations will amaze you, make you mad, then hopefully make you think clearly!  It is time for the world to know what is going on in the Black communities!

She is a single mother with a bachelor’s degree in liberal studies.  She has told stories all of her life and finally put her foot down to tell her story.  For years she has written stories and listened to her community.  She has heard lots of different issues and situations, but she is here to tell her story.